It was announced this week that Rihanna’s company, Roraj Trade, LLC, filed an application with the US Patent and Trademarks Office last month for her new clothing accessories fashion line, titled “$CHOOL KIlls.”

“$CHOOL KIlls” will reportedly sell tote bags, purses, and has plans to produce articles of clothing featuring the same logo in the near future.

“Rihanna has already had a successful clothing line with River Island and is not limiting herself to just music and touring for the rest of her life,” a source close to the singer told Grazie Daily. “She will continue to release singles and albums, but she had plans in place to expand in other areas like fashion, for a good few years now.”

The 27-year-old pop star took fire last month after she was photographed in New York City wearing an oversized white T-shirt with the same two words displayed boldly across the front of it.

Critics were quick to call her out for what they perceived as an irresponsible message, while many pointed to her more than 21 million followers on social media and deemed her a poor role model.

“Imagine how many @rihanna fans will agree with her that school kills..funny. What should they do? Not everyone can sing for a living,” said one Twitter user.

The singer lashed out at a Daily Mail journalist who penned an article last year that labeled her as both “pop’s poisonous princess” and a “toxic role model” for young fans.

“‘Role Model’ is not a position or title that I have ever campaigned for, so chill wit dat!” Rihanna responded in a lengthy Instagram post.

“$CHOOL Kills” was officially registered and trademarked on May 11 and has been categorized under “leather products” and “clothing products.”

Rihanna has made it clear she has no desire to claim a title of “role model,” despite her being viewed as an icon by her many fans. 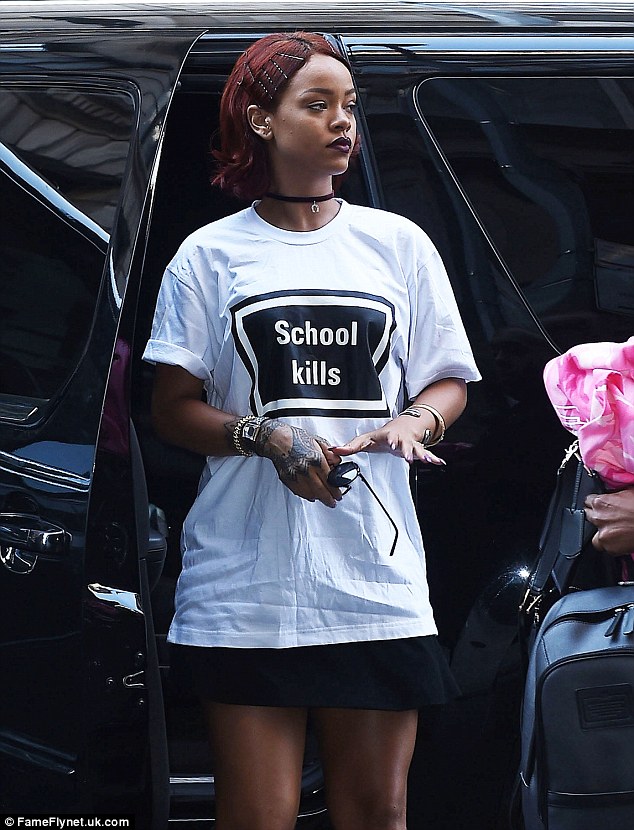