Movie critic Jackson Murphy, who is only 17 years-old, tweeted out an obvious joke Monday morning, and a joke that is very much in keeping with Amy Schumer’s bawdy brand of comedy. Proving that with unearned fame comes a brittle diva attitude, rather than laugh along or ignore it, Schumer chose instead to publicly humiliate the teenager.

“Spent the night with Amy Schumer,” Murphy wrote. “Certainly not the first guy to write that.”

Schumer responded haughtily with, “I get it. Cause I’m a whore? Glad I took a photo with you.” 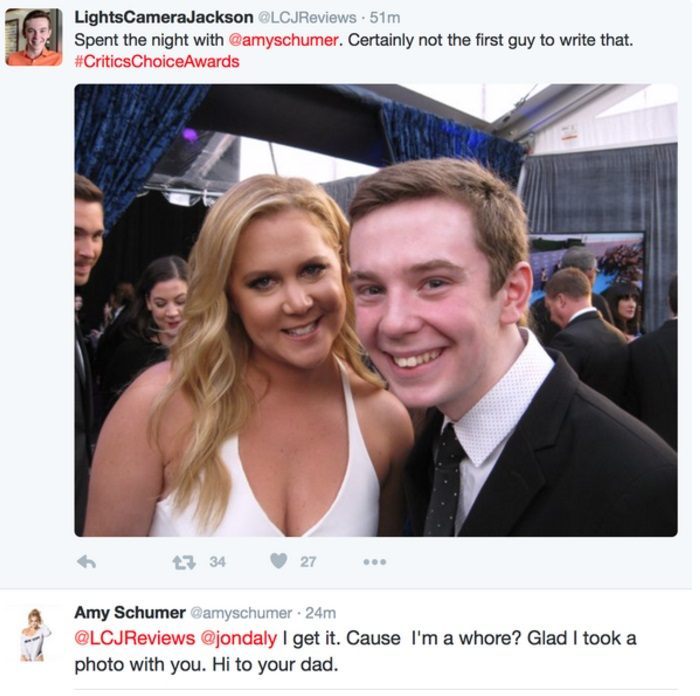 Being a teenager is tough enough without being humiliated in front of the entire world by the likes of a snob like Amy Schumer. It was an obvious joke, an obvious nod to her comedic persona (her low-rated show is called “Inside Amy Schumer,” for crying out loud). If she was truly offended, why not reach out to the young man privately? Why not explain to him in an email or DM why it wasn’t appropriate? 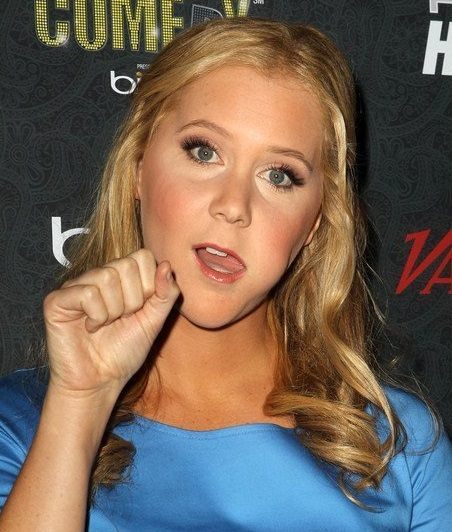 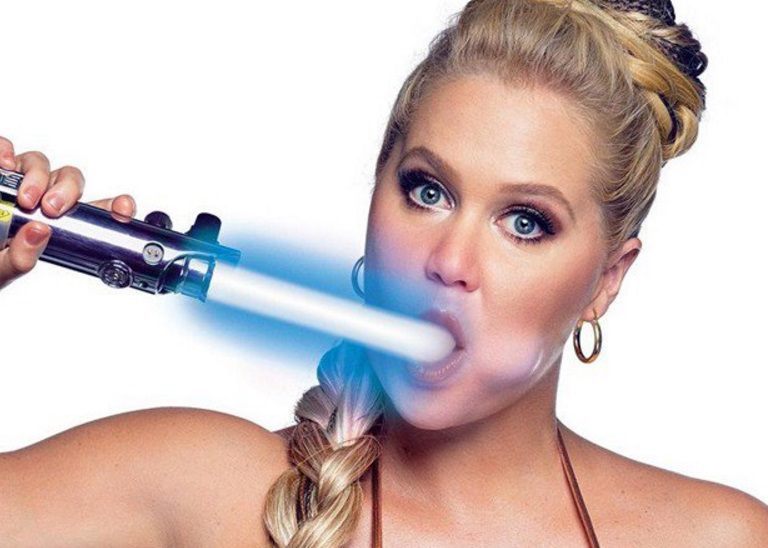 Show a little grace, a little charity, a little maturity, some common decency, Instead, Schumer is abusing her power to use an impressionable 17 year-old kid to create a Girl Power moment.

Just because one has the power to pull the wings off a fly doesn’t mean you should do it.

Combine this with Schumer’s cynical gun-grabbing, and it is pretty obvious that by the day Schumer is getting more and more full of herself.

And nothing plays into the worst caricature of left-feminism than a left-wing feminist like Schumer huffing, “Well, I never!” at a silly joke.

For his part, an obviously horrified Murphy has already apologized twice.

@amyschumer I truly apologize. Thought you’d like the joke. I should leave the comedy to you! Thanks for the photo. Glad you won last night!

I truly apologize for the tweet I posted earlier. I’m not a comedian and it wasn’t funny. @amyschumer