Although the watchdog group conceded that this year’s awards ceremony was “tamer” than years past, a spokesperson specifically called out singer Britney Spears and other performers for their costumes, which “revealed part of or most of their buttocks.” 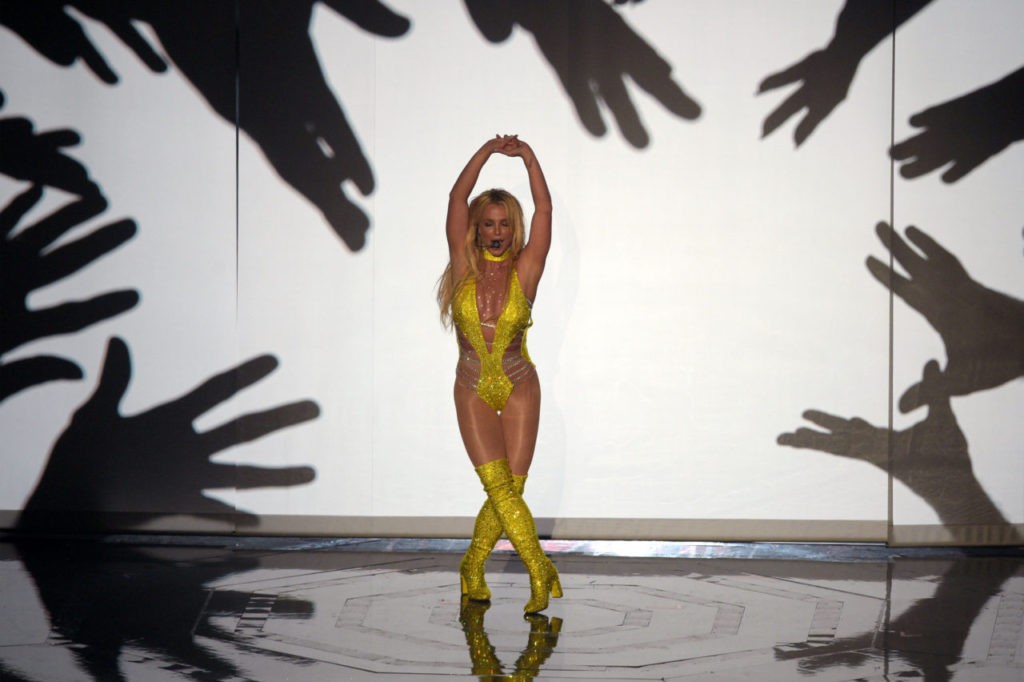 Spears danced in a yellow bikini-like outfit alongside her fully clothed backup dancers.

According to Vogue, Britney Spears and Halsey were the two best dressed at the #VMAs last night (suck it Nicki) pic.twitter.com/D8iB27GXas

“Sadly, last night’s program contained concerning levels of sexualization throughout the night,” Winter’s statement continued. “When you have the juxtaposition of the U.S. women’s Olympic gymnastics team and their positive image of what’s healthy and right, contrasted with the sexualizing content that was so pervasive on the rest of the program, MTV is sending starkly-conflicting messages about what is important. So MTV, which one is it?”

The Virginia-based nonprofit did commend the VMAs for being “less explicit than VMA broadcasts in recent years.”

The video for Kanye West’s “Fade,” which featured singer Teyana Taylor in a leotard doing her best Jennifer Beals impression in Flashdance, was also cited by PTC.

Watch .@TEYANATAYLOR literally dance her ass off in the visuals to Kanye's "Fade": https://t.co/ZZ2lleaUaP #Fade pic.twitter.com/zH4yYInGqF

However, the sex appeal-driven performances and big-name presenters didn’t translate into ratings success for MTV.