The dress takes inspiration from the Americana and French flags, but also is unusual in its bodice origami-like detailing, which resembles a basket of wheat. 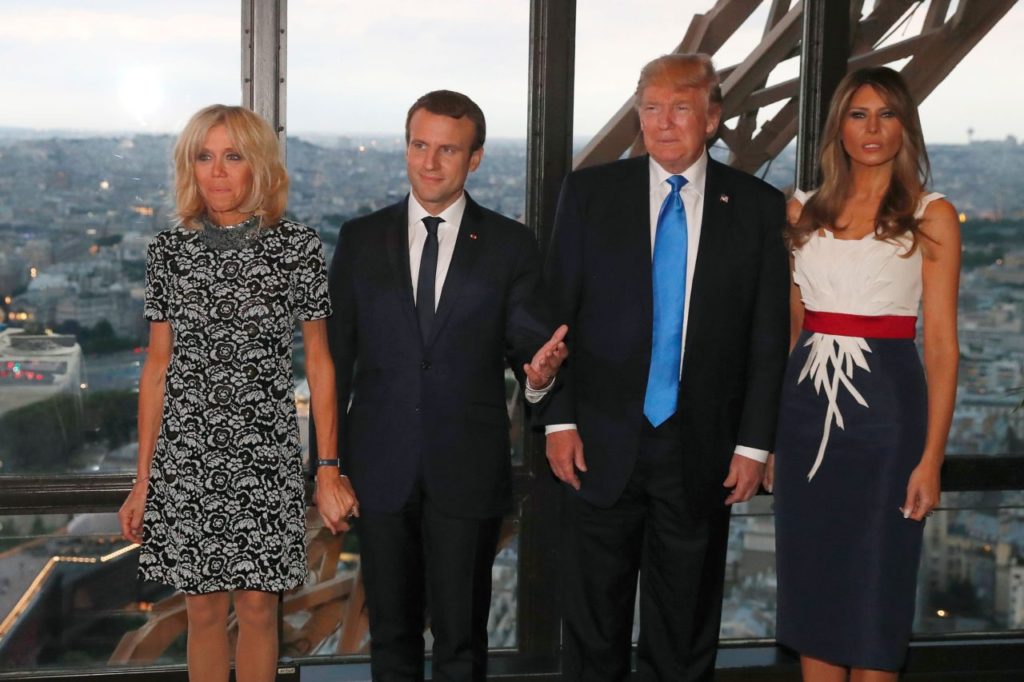 French President Emmanuel Macron (2nd L), his wife Brigitte Macron (L), US President Donald Trump (2nd R) and First Lady Melania Trump (R) pose ahead of a dinner at Le Jules Verne Restaurant on the Eiffel Tower in Paris, on July 13, 2017 as part of US president’s 24-hour trip that coincides with France’s national day and the 100th anniversary of US involvement in World War I. (YVES HERMAN/AFP/Getty Images) 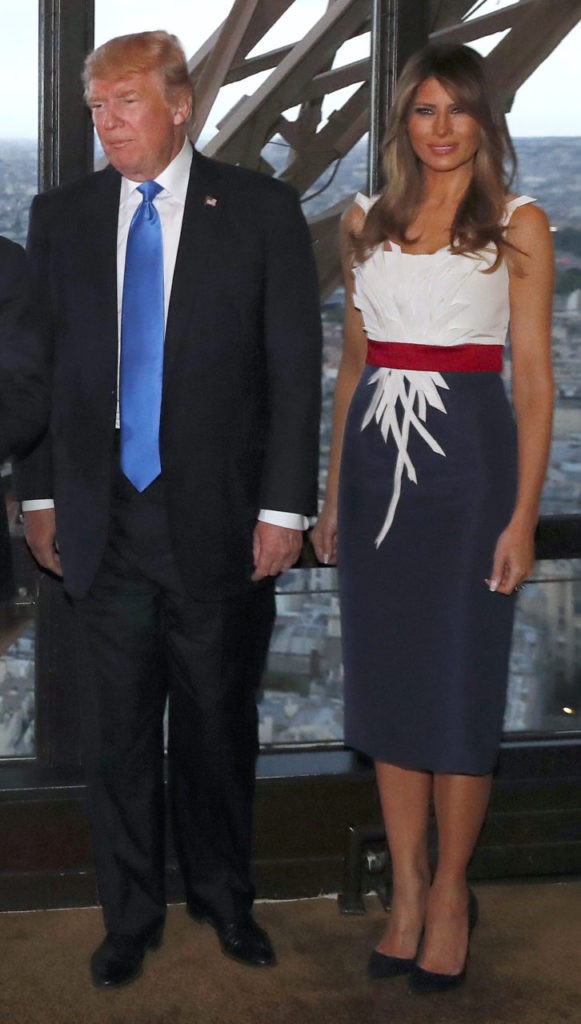 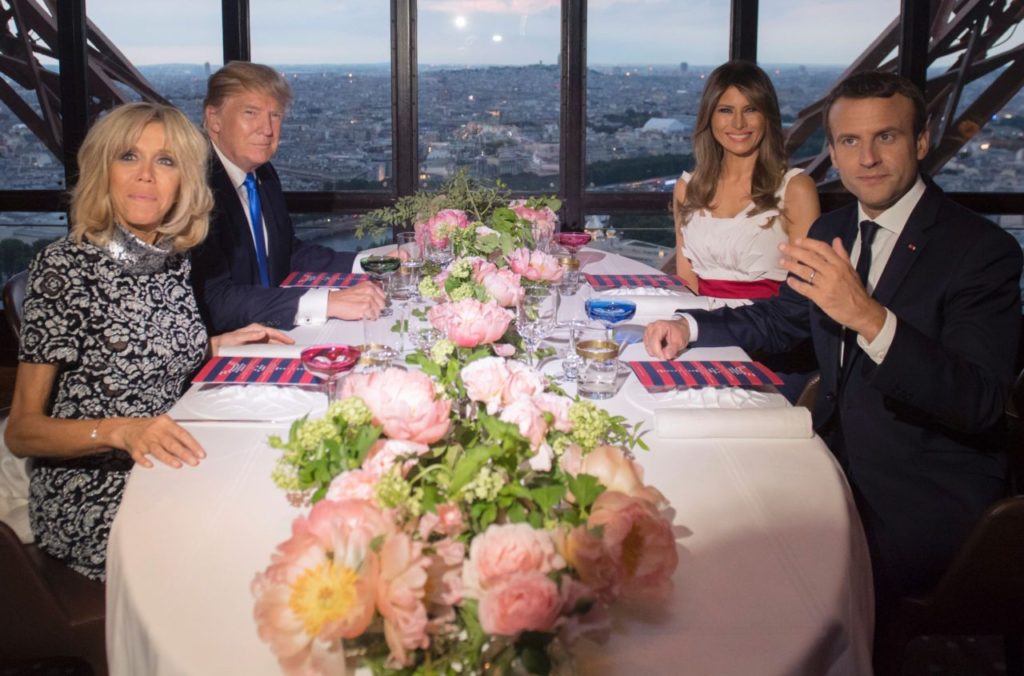 Hervé Pierre, a French-American fashion designer, is the First Lady’s go-to designer for custom-made ensembles, along with Stefano Gabbana from the Italian fashion house Dolce & Gabbana.

Melania stunned the American and French people when she arrived in Paris, the fashion capital of the world, wearing a traditional red Christian Dior skirt-suit. 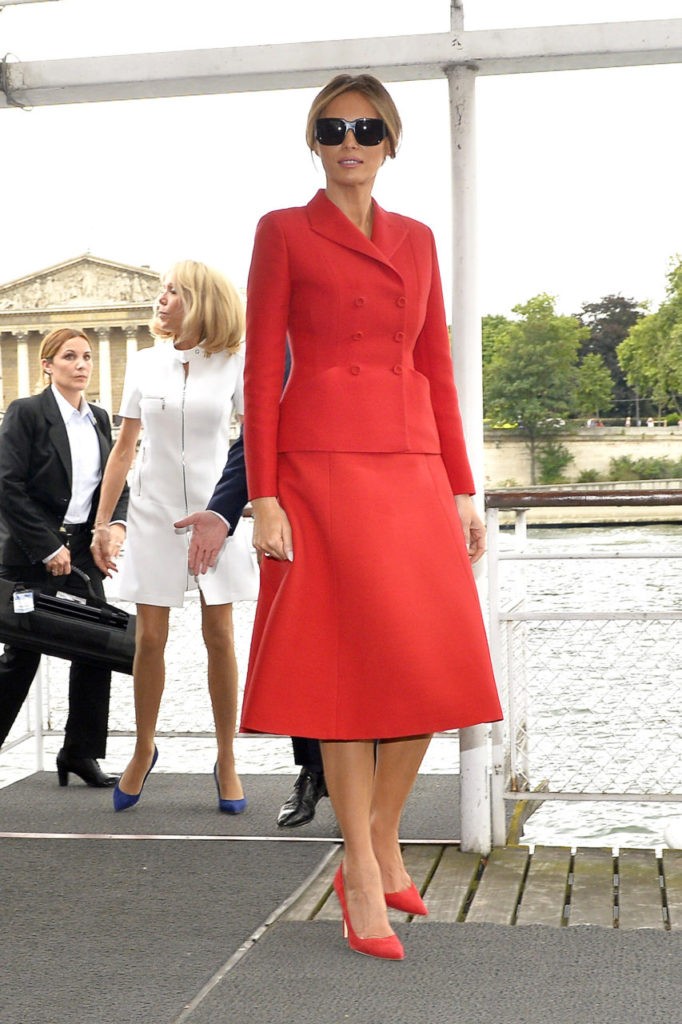 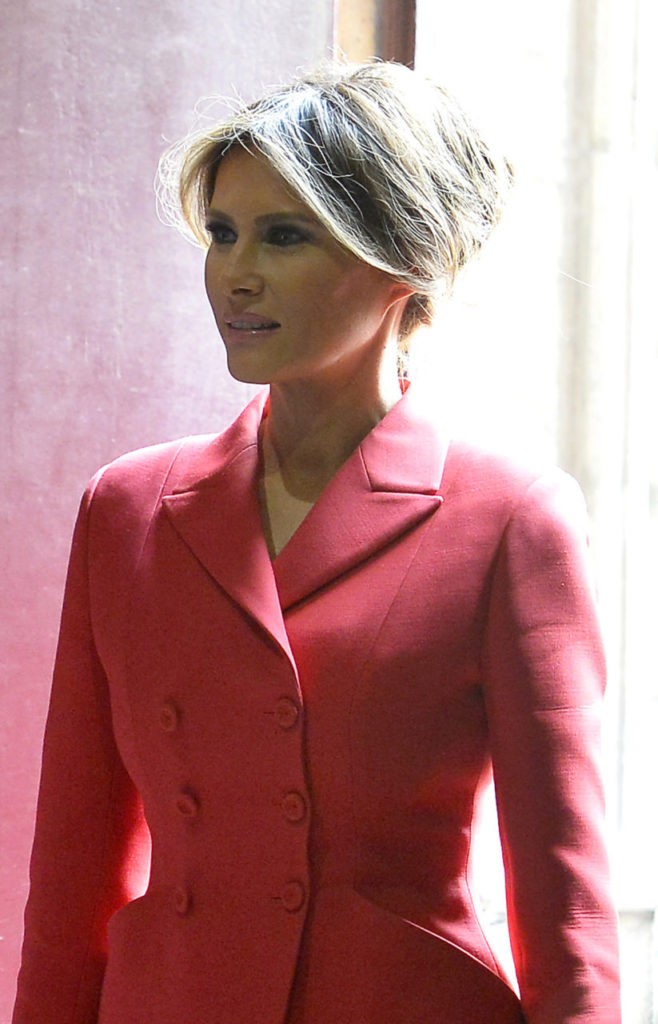 Melania’s suit paid homage to the French fashion house’s groundbreaking “New Look” style revolution in the late 1940’s, which exaggerated the bust and hips in what is now known as the “Bar” suit.