President Donald Trump departed the White House on Friday for the Camp David presidential retreat with son Barron and First Lady Melania Trump, who opted for a sultry, emerald ensemble from Missoni for the trip.

Melania, often in shift dresses, changed up her usual White House style for the kick-off of the family’s weekend in Camp David, wearing a sleeveless knitted, dark green Missoni dress with orange knit details along the neckline and bust.

To top off the look, Melania wore orange leather stilettos by famed shoe designer Manolo Blahnik, a favorite of the First Lady’s, as well as her natural tousled hair and dark brown, square sunglasses. 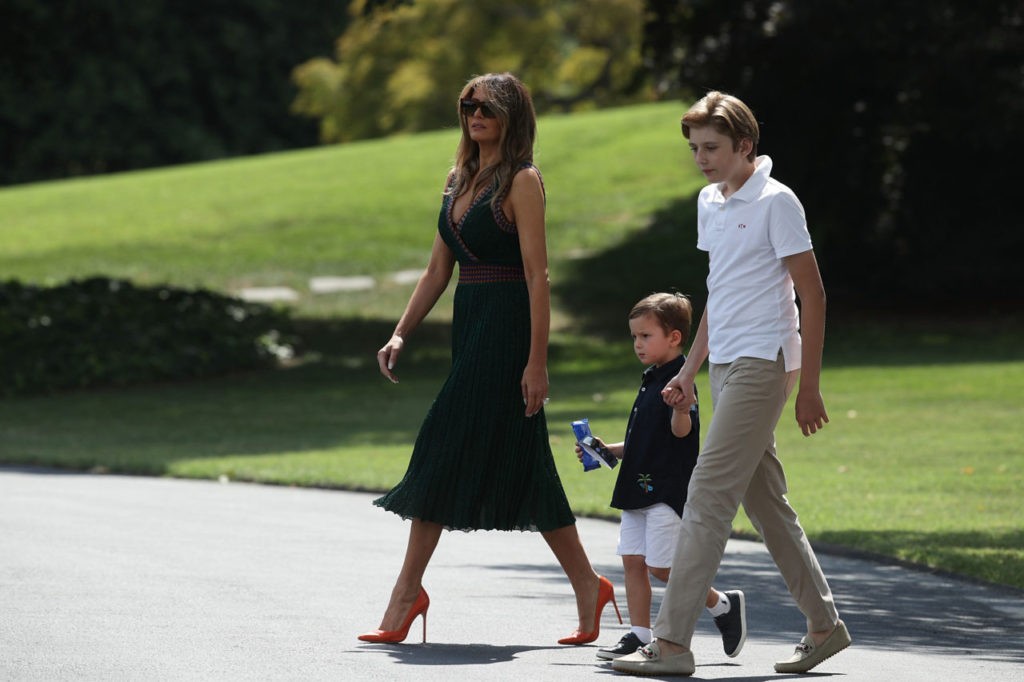 U.S. first lady Melania Trump (L) walks with son Barron (R), and grandson Joseph Frederick Kushner (2nd L) towards the Marine One on the South Lawn of the White House prior to a departure August 25, 2017 in Washington, DC. (Alex Wong/Getty Images) 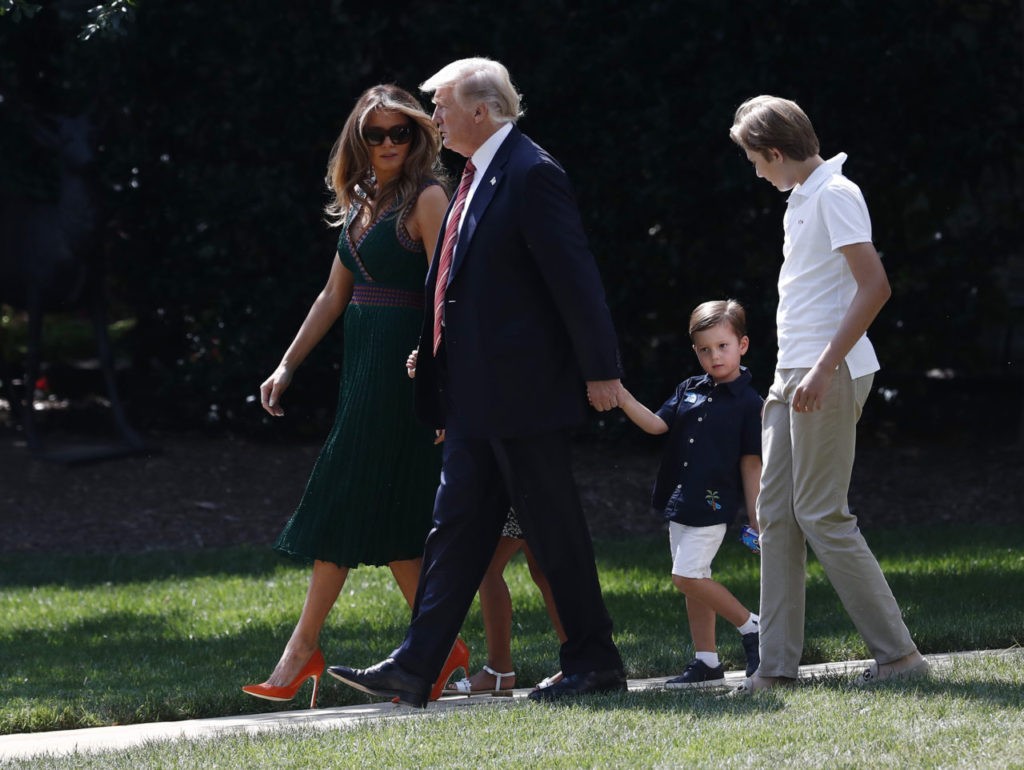 Barron Trump again wore a pair of beige suede Gucci loafers with the brand’s famous horsebit detail atop the shoe, which retails for $480. Barron wore the Gucci shoes last weekend as well when he returned home to the White House with his parents from Camp David, as Breitbart News reported.

While Melania has yet to wear Missoni as First Lady, she has become fond of luxury Italian high fashion, often wearing custom-made designs from Dolce & Gabbana. Missoni is most known for its peak fashion influence in the 1970s, popularizing cocktail dresses made of knits in an array of patterns and colors.