One year after accurately predicting that Donald Trump would win the presidential election, filmmaker Michael Moore, a vocal Trump critic, says the the billionaire is already on track to win re-election.

“I should say re-appointed, because we will have an even larger population that will vote against him in 2020,” Moore says in a recent interview with Fast Company. “But he will win those electoral states as it stands now.”

However, the Oscar-winning director says he has a plan to stop Trump from winning in 2020: the popular vote.

The Fahrenheit 9/11 director believes the National Popular Vote interstate compact, an initiative in which 10 state legislators have enacted and, thus, agreed to award all of their electoral votes to the presidential candidate who wins the popular vote in a particular state.

“That’ll be an easier way to get this done. People should not despair, thinking, well, the Republicans have all this power and all that,” Moore says of the long-shot plan to effectively bypass the electoral college system. 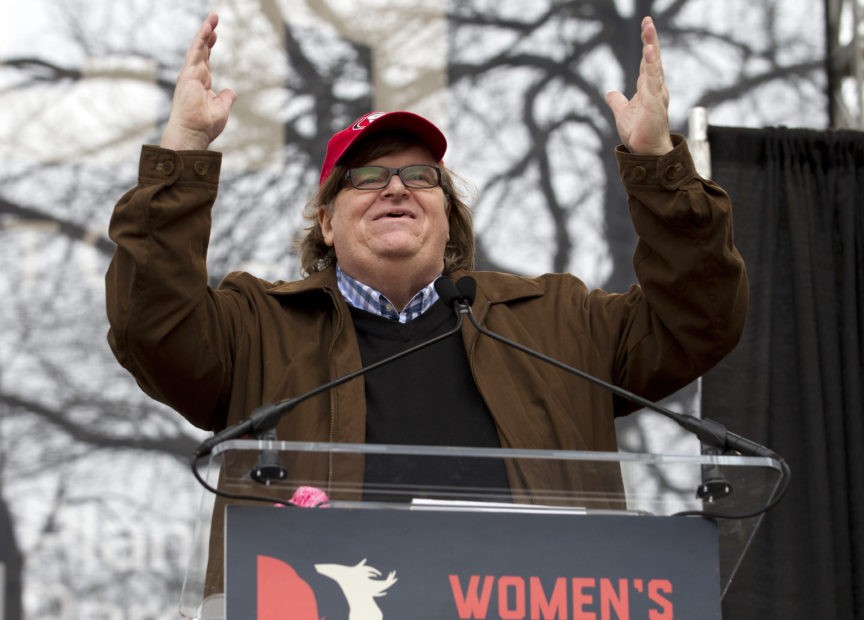 In a Saturday, Jan. 21, 2017 file photo, film director Michael Moore speaks to the crowd during the women’s march rally, in Washington. Filmmaker and activist Moore will perform the one-man show “The Terms of My Surrender” at the Belasco Theatre on Broadway starting July 28, 2017, for 12 weeks. (AP Photo/Jose Luis Magana, File)

The 63-year-old filmmaker has been busy challenging Trump, and has only ramped up his opposition in recent months.

In June, Moore launched a secure website, called “Trumpileaks,” meant to encourage government whistleblowers to leak and share information from inside President Trump’s administration. In July, the left-wing activist urged transgender military members affected by President Trump’s new policy barring them from service to simply “refuse to leave” the military. And he has repeatedly compared Trump voters to racists for supporting the president — most recently comparing them to rapists in an interview on CNN.

It’s those very Trump voters that Moore now says Democrats must “convince” to turn against their man.

“But we do have to do some work to bring in people who would be sympathetic,” he explained, “and maybe they were justifiably upset, angry, and hurt and whatever, and we get that. But now they’ve seen how dangerous it is to have him as president of the United States. So I think we can bring enough people back.” 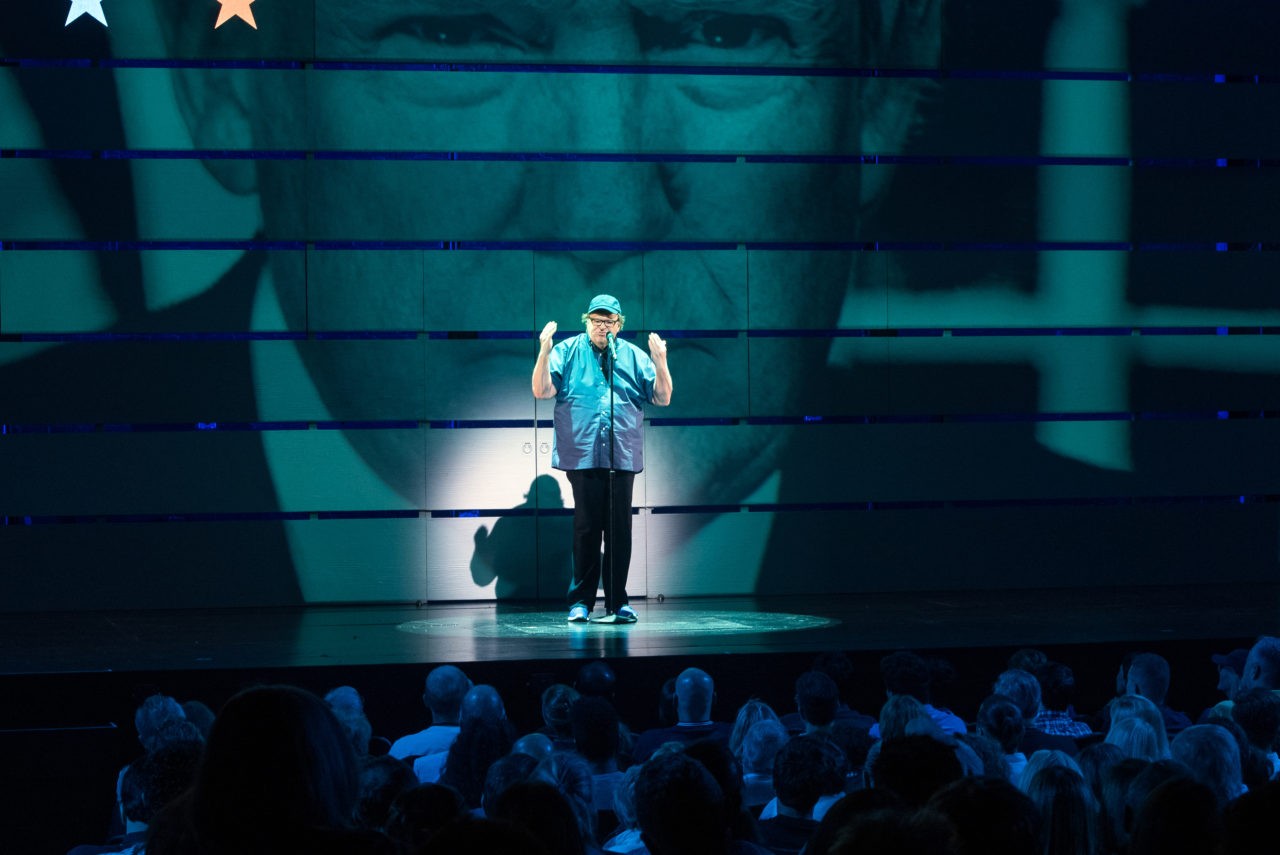 Michael Moore makes his broadway debut in “The Terms of My Surrender” on July 28, 2017 in New York City. (Mike Pont/Getty Images for DKC/O&M)

Moore also says the “3 million 18-year-olds” who become eligible to vote every year and “the angry white guy” who is “dying out,” will also help remove Trump from office in 2020.

“Nearly 70% of the country is either female, people of color, or young adults between 18 and 35, or a combination of the three,” he told the outlet. “The angry white guy is dying out, and the Census Bureau has already told us that by 2050, white people are going to be the minority, and I’m not sad to say I can’t wait for that day to happen. I hope I live long enough to see it because it will be a better country.”