Artist and photographer Tyler Shields, who took the infamous photo, has reportedly received over 1,000 offers from people interested in buying a print of his controversial image.

Griffin’s photo sparked a national firestorm earlier this year. She was fired from CNN where she co-hosted the network’s annual New Year’s Eve broadcast, faced a social media-fueled boycott that led to her stand-up shows being canceled, and was the subject of a Secret Service investigation.

President Trump fired back at Griffin, tweeting that she “should be ashamed of herself” and that her photo had been difficult for his children, including his 11-year-old son, Barron.

In a June press conference, Griffin admitted that her photo had gone “too far” and that she had “crossed a line.” 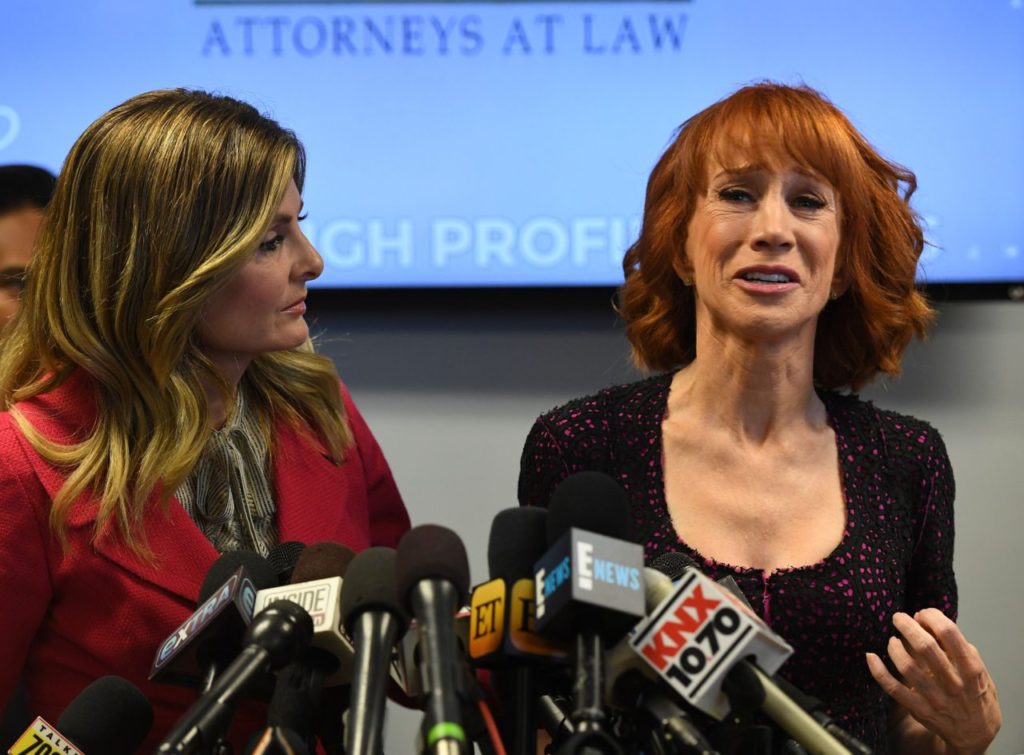 Comedian Kathy Griffin (R) reacts during a news conference to discuss the comedian’s “motivation” behind a photo of her holding what appeared to be a prop depicting US President Donald Trump’s bloodied, severed head, with her attorney, Lisa Bloom in Woodland Hills, California on June 2, 2017. (AFP PHOTO/Mark RALSTON)

In August, however, the My Life on the D-List star was unrepentant, saying she’s “obligated” to criticize Trump from the stage at future stand-up shows.

“Comedians talk about what their audience is faced with every day, we try to relate to our audience. I’m obsessed with politics. I always have been, and now, with Trump, many people are obsessed with politics, so that’s going to be a big part of my act,” Griffin said in a lengthy interview in August with New York magazine’s The Cut. 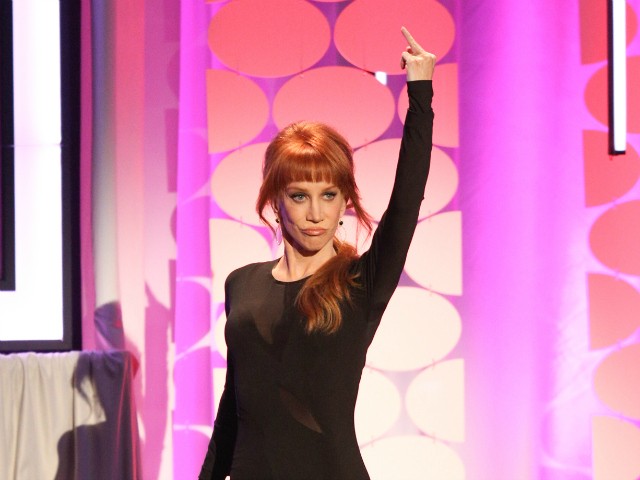 The 56-year-old comedian refused to apologize for her Trump photo and degradingly compared Sunrise host Sam Armytage to “a white Trump voter in America.”

“No, I don’t apologize for that photo anymore and I think the outrage is complete BS because we have real things to deal with,” Griffin said.