Filmmaker Woody Allen told the BBC that he’s “sad” for Harvey Weinstein and fears the allegations against the disgraced movie mogul may lead to a “witch hunt” against men.

“The whole Harvey Weinstein thing is very sad for everybody involved,” said Allen, whose son Ronan Farrow reported claims from several women alleging Weinstein raped them. “Tragic for the poor women that were involved, sad for Harvey that his life is so messed up.”

“You also don’t want it to lead to a witch hunt atmosphere, a Salem atmosphere, where every guy in an office who winks at a woman is suddenly having to call a lawyer to defend himself,” Allen said. “That’s not right either.”

“There’s no winners in that, it’s just very, very sad and tragic for those poor women that had to go through that,” said Allen, who has faced allegations that he sexually molested his adopted daughter Dylan Farrow 25 years ago.

Allen has denied any wrongdoing. Connecticut authorities never charged the filmmaker with a crime.

Weinstein has been widely credited with reviving Allen’s career following the controversy with his daughter. 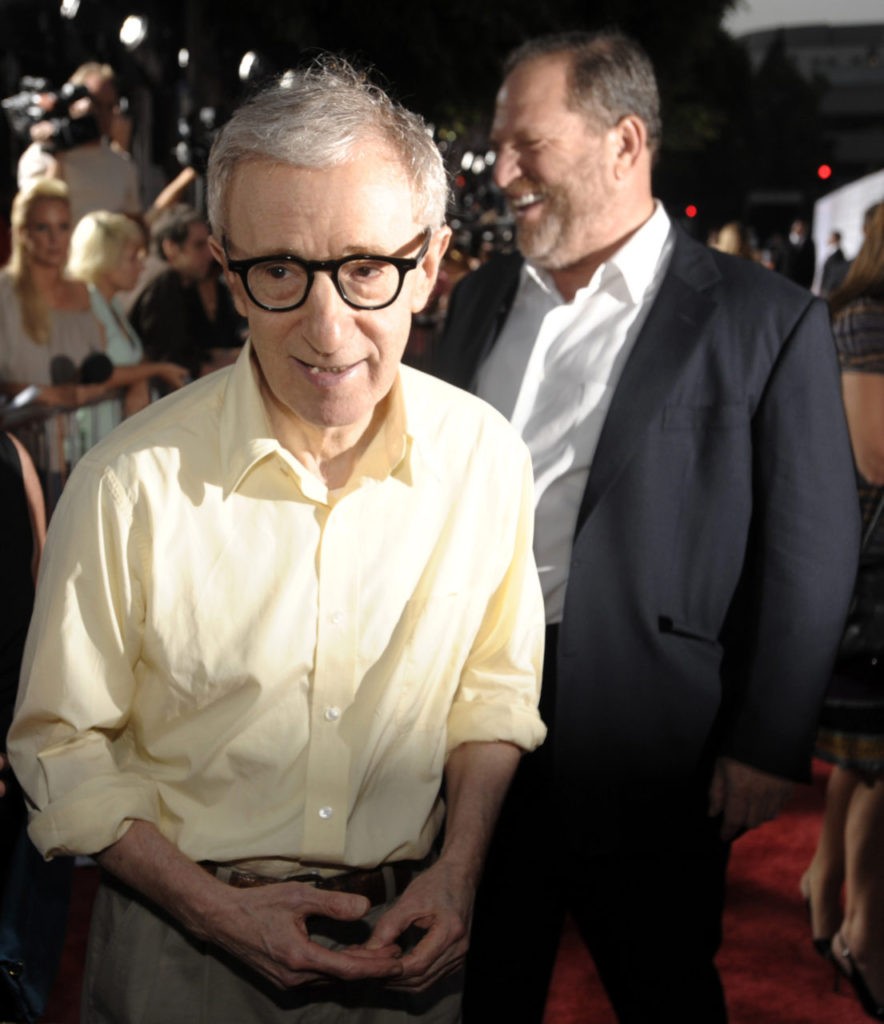 The Manhattan director — who has worked with Weinstein on several projects, including the Oscar-winning Mighty Aphrodite — said he has heard “a million fanciful rumors all the time” about sex scandals on Hollywood but no one ever told him about any “horror stories” involving Weinstein.

“And some turn out to be true and some  — many — are just stories about this actress, or that actor” Allen said.

The 81-year-old filmmaker made news after marrying his adopted daughter Soon-Yi Previn in 1997. Allen had been in a longterm relationship with actress Mia Farrow, who left the filmmaker after discovering his affair with Previn.