While Hollywood comes to grips with its culture of powerful men sexually harassing and abusing women, Woody Allen’s new film, A Rainy Day in New York, reportedly includes sex scenes between a 40-year-old Judd Law and a teenaged actress.

Here are details of the plot from Page Six, which first reported the news:

In scenes just filmed, a character played by Rebecca Hall accuses 44-year-old actor Jude Law’s character of having sex with a 15-year-old “concubine.” In the scene, the so-called concubine — played by Elle Fanning (19 in real life) — acknowledges her relationship with Law’s much-older character, but then protests that she is 21 years old. After a discussion about his infidelity, Fanning’s character then asks Law, “Were all these women for pleasure, or were you researching a project?”

The film’s plot is eerily similar to Allen’s 1979 romance drama Manhattan, which saw Allen’s character in a romantic relationship with a 17-year-old girl in high school. 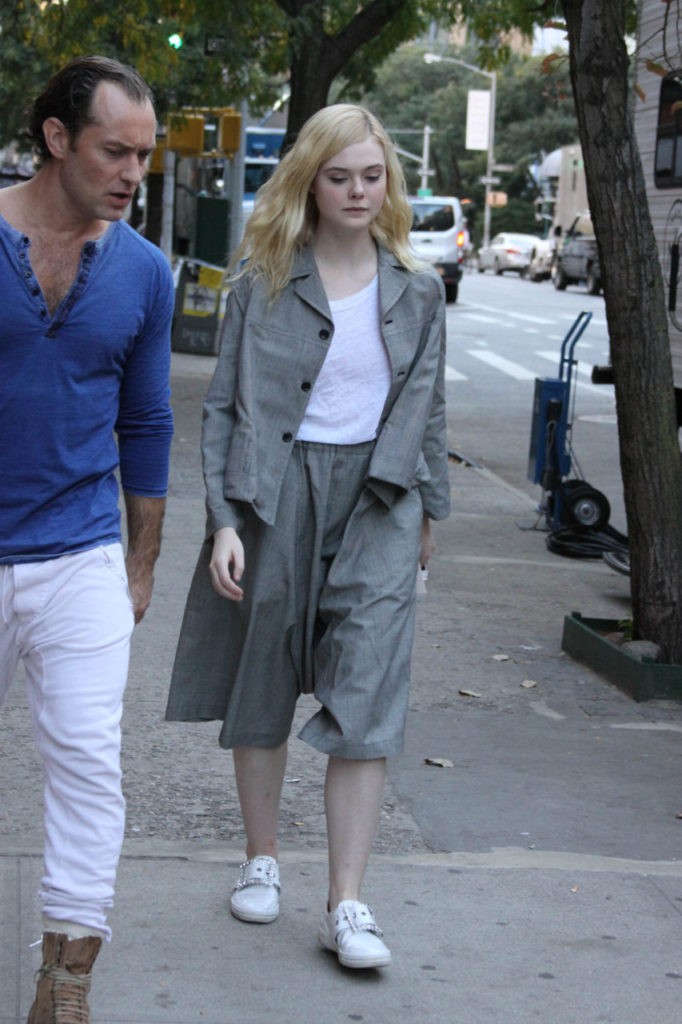 The 81-year-old director recently said he hoped the sexual assault scandal involving Harvey Weinstein and much of the entertainment industry doesn’t “lead to a witch hunt atmosphere, a Salem atmosphere, where every guy in an office who winks at a woman is suddenly having to call a lawyer to defend himself. That’s not right either.”

Allen — who has worked with Weinstein on several projects, including the Oscar-winning Mighty Aphrodite — initially said “the whole Harvey Weinstein thing is very sad for everybody involved.”

Allen has faced allegations that he sexually molested his adopted daughter Dylan Farrow 25 years ago. The four-time Oscar-winner has denied any wrongdoing and was never charged by Connecticut authorities worth a crime. Allen married his adopted daughter Soon-Yi Previn in 1997. He had been in a longterm relationship with actress Mia Farrow, who left the filmmaker after discovering his affair with Previn.