Amid the emergence of a 2006 photo of Al Franken groping journalist and talk radio anchor Leeann Tweeden, a photo of the embattled Minnesota Senator appearing to grab comedian Joy Behar’s breast has also resurfaced.

The photo, seen below, was taken at the New York Friar’s Club Roast of Rob Reiner. The event, which took place in October 2000, was presented by Comedy Central. 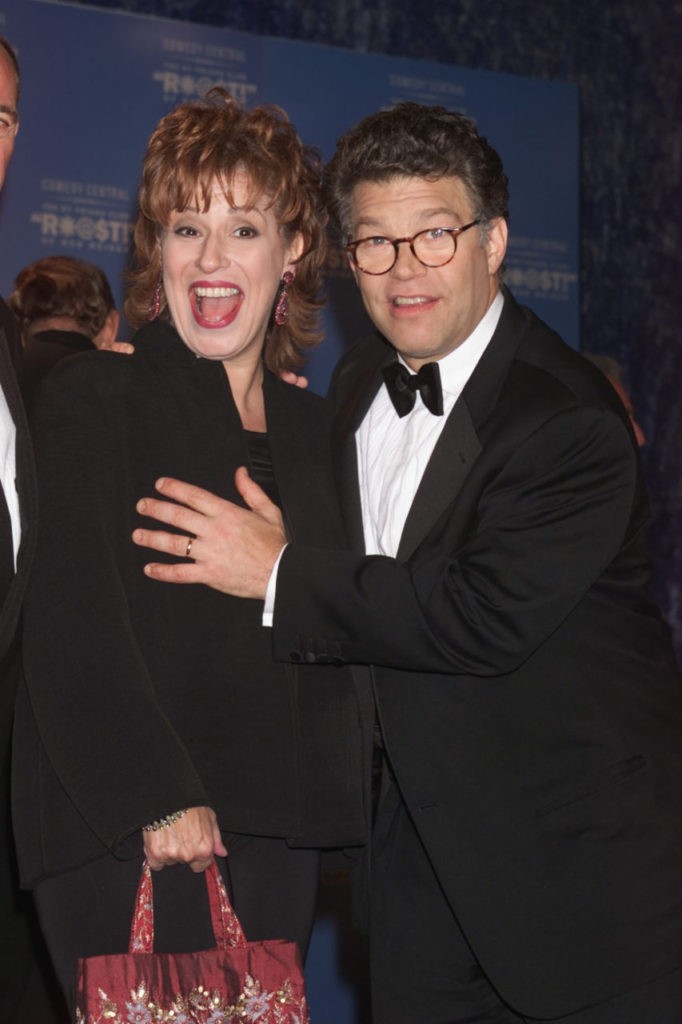 On Thursday, The View co-host reacted to the photo of Franken and Tweeden — taken during a two week USO Tour by, according to the USO, Sen. Franken’s brother Owen Franken — and said, “it’s just so disappointing.”

“It was disappointing to hear this about Al Franken. I can’t back Al. He’s a very funny comedian, he was during this time. He’s a senator from Minnesota,” Behar said. “He’s a great advocate for women. It’s just so disappointing. Men of all different stripes are out there doing crazy sh*t.”

Behar said Tweeden’s claims that Franken shoved his tongue down her throat without her consent during a rehearsal for a USO skit are “more upsetting than the picture, because in the picture he was obviously making a joke.”

“I don’t know if he actually had his hands on her, but it’s the part [about the USO skit] where he thrust his tongue down her throat, allegedly, and forced her to kiss him. That is what you call nonconsensual assault,” Behar said.

Franken apologized, twice, for groping Tweeden and called for a Senate ethics probe into his own behavior.