Three women have come forward to accuse Russell Simmons of rape, weeks after the music mogul stepped down from his media empire after allegations of sexual misconduct from other women.

In on-the-record interviews with the New York Times published Wednesday, three women — Drew Dixon, a former executive at Simmons’s record label, Def Jam Recordings; Toni Sallie, a journalist for a music magazine; and Tina Baker, a singer — claimed that Simmons sexually attacked and raped them in a series of alleged incidents between 1988 and 1995.

Sallie told the Times that Simmons — whom she had reportedly met previously while on assignment — had invited her to a party at his New York City apartment in 1988, but when she arrived, she found the place empty except for herself and the music mogul. She added that Simmons proceeded to take her to a bedroom, and allegedly raped her.

“He pushed me on the bed and jumped on top of me, and physically attacked me,” Sallie told the paper. “We were fighting. I said no.”

Sallie reportedly told several friends about the alleged incident at the time, but was afraid to take the claim to the police and was worried about what effect it might have on the beginnings of her career.

Sallie also claimed that she ran into Simmons at a music conference in Florida the following year, where the mogul allegedly attacked her after she refused his attempt to take her to a dark beach.

An attorney for Simmons told the Times that his client never behaved “inappropriately” with Sallie. 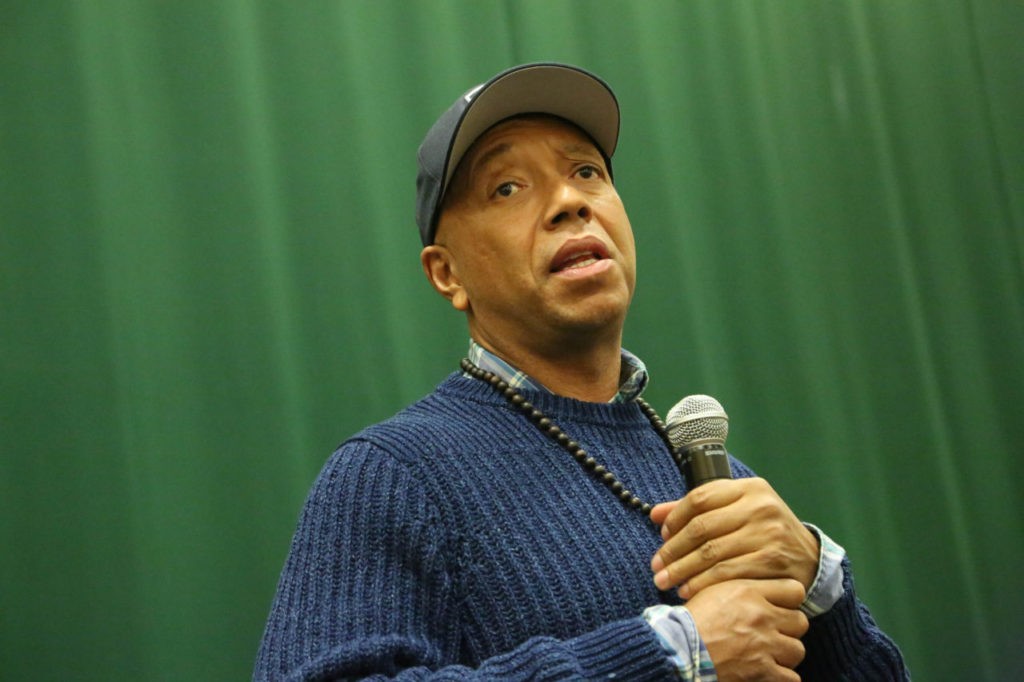 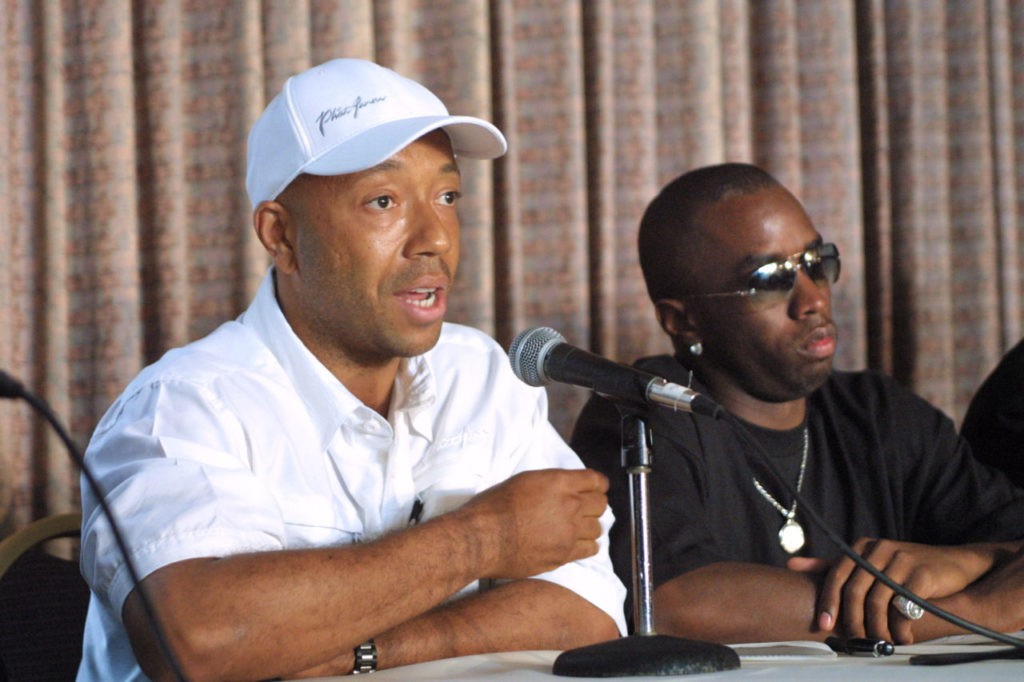 Meanwhile, Baker, a singer who Simmons was reportedly managing at the time, accused the mogul of raping her at his apartment in the early 1990s. Baker told the Times that she went to the executive’s apartment to discuss her music career, but she soon found Simmons on top of her and “pushing [her] down.” She told the paper she recalled Simmons saying, “Don’t fight me,” before he allegedly raped her.

Baker said she later returned to his apartment, as she was contractually bound to work with him, and the mogul allegedly exposed himself to her, causing her to flee.

Simmons’s attorney told the Times that he had “no recollection of ever having any sexual relations with Ms. Baker.”

The third woman, Dixon, accused Simmons of regularly sexually harassing her while she worked as an executive at Def Jam Recordings. Dixon claimed her then-boss constantly exposed himself to her, and one night allegedly raped her at his apartment.

“The last thing I remember was him pinning me down to kiss me on the bed,” Dixon told the paper, explaining that she disassociated and blacked out during the alleged assault.

A fourth woman named in the report also accused the mogul of sexual assault.

In a statement to the Times, the embattled mogul “vehemently” denied all of the allegations.

“These horrific accusations have shocked me to my core and all of my relations have been consensual,” he said. “I have enormous respect for the women’s movement worldwide and their struggle for respect, dignity, equality, and power.” 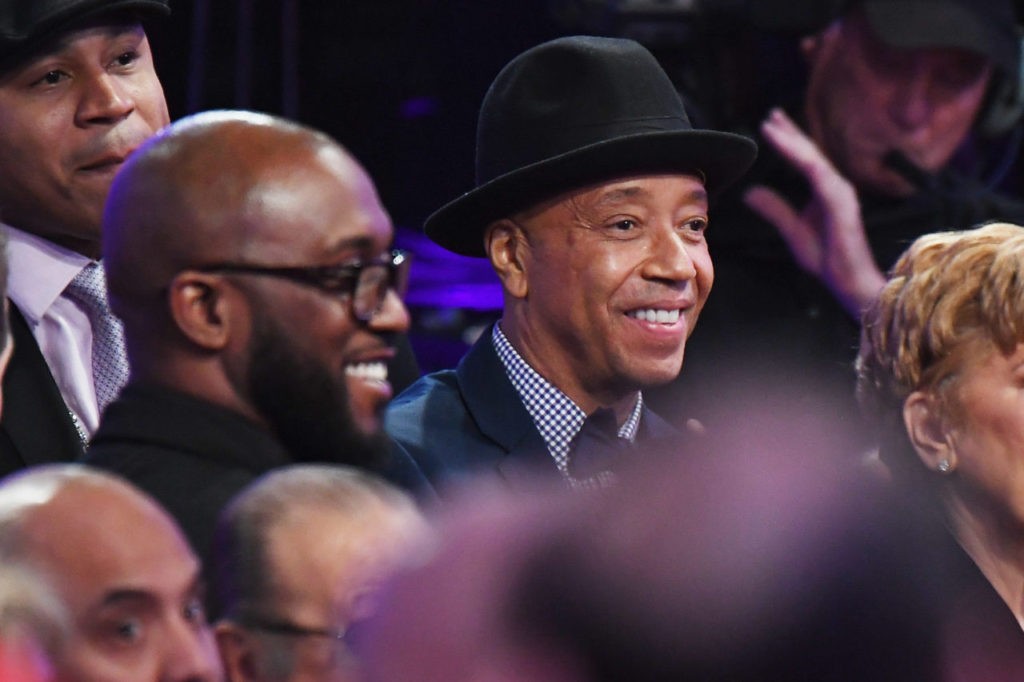 Simmons was dropped in November by clothing retailer JC Penney and HBO, which produces his All Def Comedy series, after screenwriter Jenny Lumet became the second woman to accuse him of sexual misconduct.

“While I have never been violent, I have been thoughtless and insensitive in some of my relationships over many decades and I sincerely apologize,” he said in a statement last month, while announcing he would step down from Rush Communications, the media empire he created.

Simmons is one of dozens of prominent men in entertainment and media who have been accused of sexual assault in the months since the New York Times first reported on bombshell allegations against film producer Harvey Weinstein. As stories about these figures have continued to emerge, millions of women have joined the #MeToo movement to share their own experiences with sexual mistreatment and abuse.

Simmons has previously positioned himself as a defender of the women’s equality movement.

In an open letter to then-President-elect Donald Trump in November 2016, Simmons warned Trump that he “cannot wage war against women’s rights.”

“That is disastrous,” Simmons wrote. “You must stop with the hateful and harmful language towards women and people of color. That is unacceptable.”