Actress Meryl Streep has applied to trademark her own name, according to reports.

The Oscar-winning actress recently filed the application with the U.S. Trademark Office, which would give herself exclusive rights to the use of her name for “entertainment services, namely, live, televised, and movie appearances by a professional actress and entertainer.”

The trademark would also protect her name for “personal appearances, speaking engagements; autograph signings” and “providing a website featuring content in the field of motion pictures.” 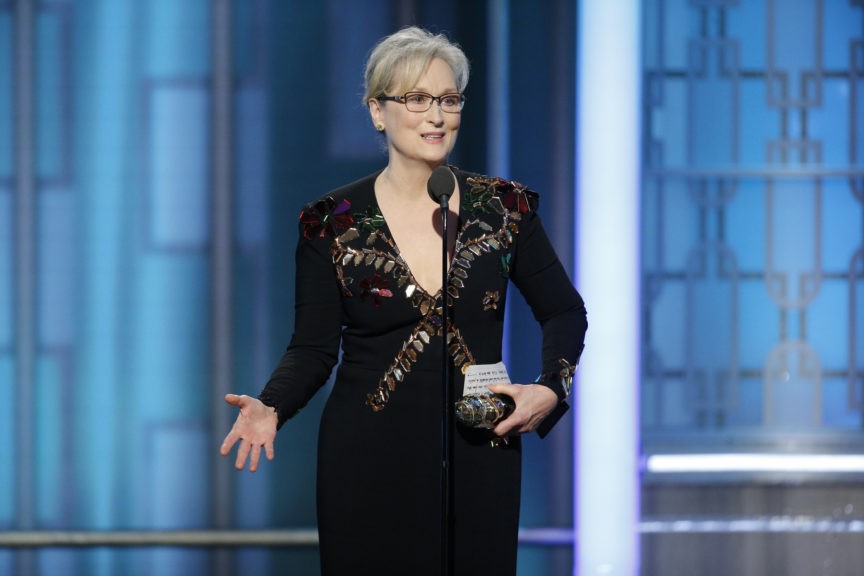 This Jan. 8, 2017 file image released by NBC shows Meryl Streep accepting the Cecil B. DeMille Award at the 74th Annual Golden Globe Awards in Beverly Hills, Calif. Streep, who gave an impassioned speech at the Golden Globes criticizing President-elect Donald Trump for mocking a disabled reporter and calling for the defense of a free press, will be honored for a career of advocating for LGBTQ equality on Feb. 11, by the Human Rights Campaign, the LGBTQ civil rights organization. (Paul Drinkwater/NBC via AP, File)

If granted, Streep will become one of a number of high-profile celebrities to trademark their names, including the rapper 50 Cent, the soccer star David Beckham, and the socialite Paris Hilton. 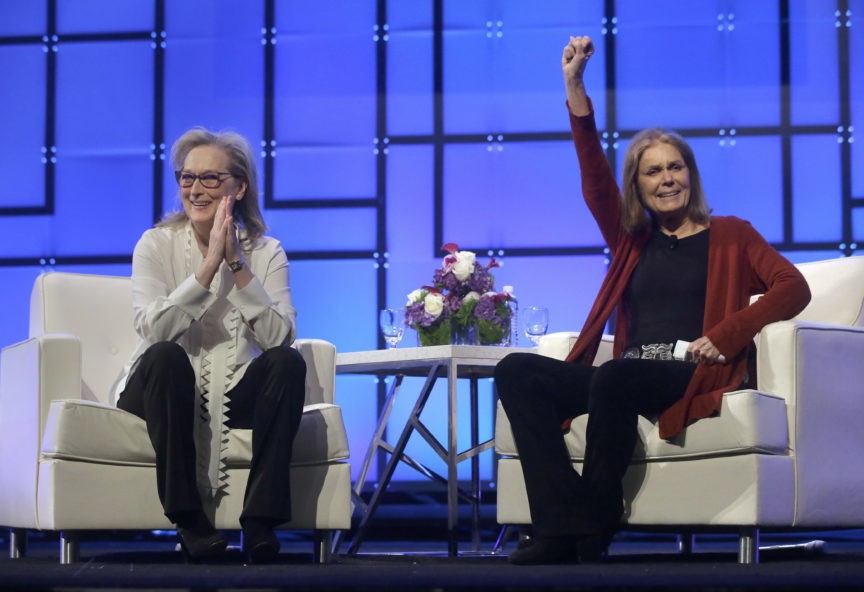 Academy Award-winning actress Meryl Streep, left, and feminist icon Gloria Steinem appear before an audience, Thursday, Dec. 7, 2017, during the 13th annual Massachusetts Conference for Women, in Boston. The conference opened Thursday against a backdrop of expanding allegations of sexual misconduct against prominent men in Hollywood, politics and the media. (AP Photo/Steven Senne)

Intellectual property lawyer George Sevier told the BBC it was strange for someone to trademark their name so late in their career.

“I don’t know if it’s late in Meryl Streep’s career. Maybe she’s got a long career ahead of her. But she’s older than most people trademarking their names,” Sevier said. “It seems unlikely that someone is going to offer after-dinner speaking in the name of Meryl Streep unless it is Meryl Streep. It’s probably mostly to stop people using her name on the internet.”

Streep, 68, was recently nominated for Best Actress at the Oscars for her portrayal of Washington Post publisher Katharine Graham in the political thriller The Post.