Rapper and activist Killer Mike believes Sen. Barnie Sanders deserves another shot at the White House and insists that the longtime politico could beat President Donald Trump in 2020 if the Vermonter decides to run again.

The stringers for TMZ caught up with Killer Mike last week and asked him what he thought of the coming 2020 presidential election. The TMZ interviewer noted that the Atalanta-based rapper was a major Sanders supporter and asked if he thinks that the Vermont Senator will try another run for the White House in two years. 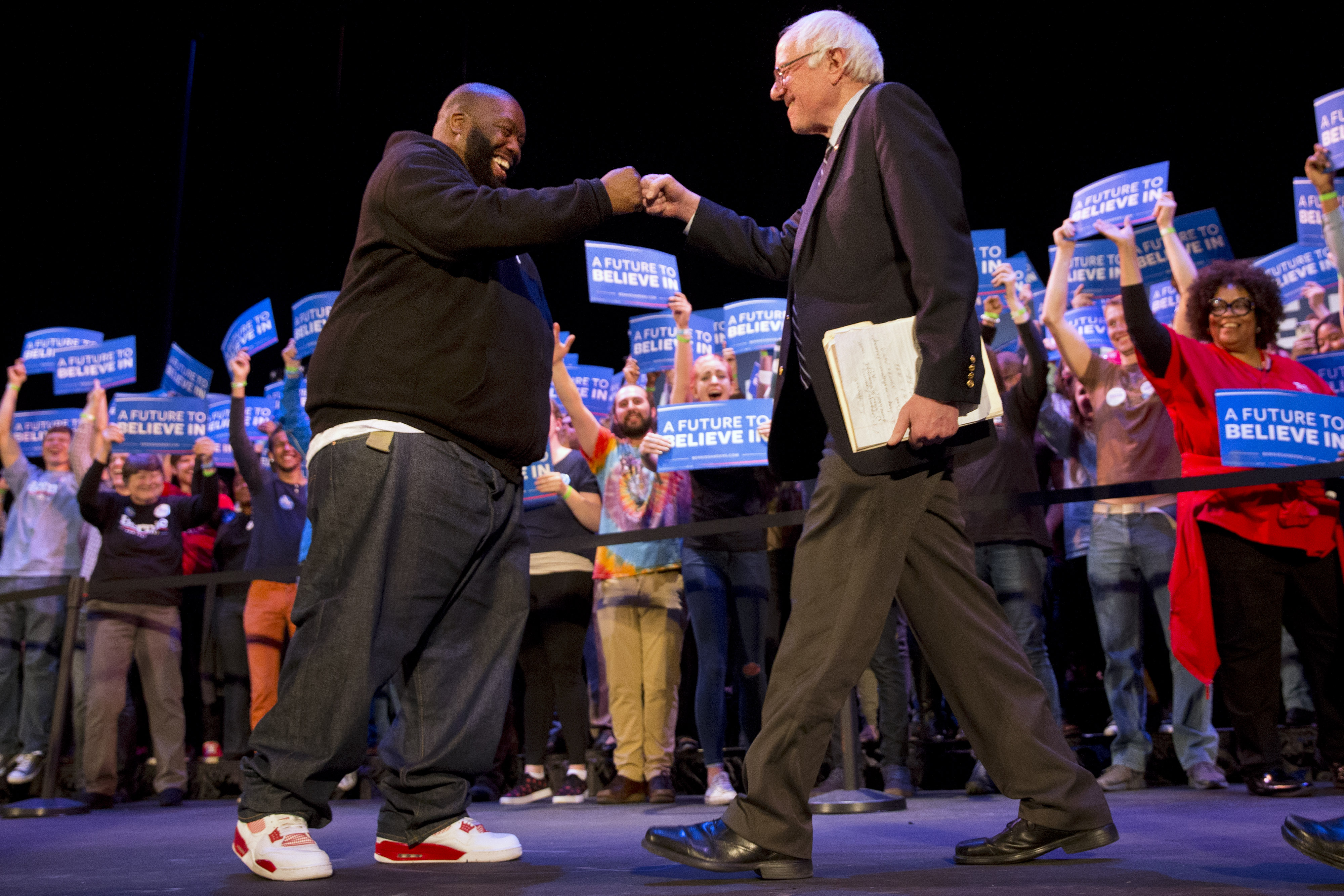 Later in the clip, Killer Mike was again asked if Sanders will make another stab at the nation’s highest office and the rapper likened a potential second Bernie run to a second shot at the “woman of your life.”

“We have an opportunity to get a do-over,” Killer Mike — real name Michael Render — said. “You know you don’t get that. You get a chance to date the woman of your life one time. You fuck it up. You never get her again. But sometimes you get a do-over. I think with Sanders we get a do-over in 20 if he wants and I think we should take full advantage. And I think he can beat Trump.”

“She has been endorsed by our revolution, which is Sanders’ organization, and she’s been endorsed by Sanders himself…. I think Democrats have not had the governorship since the flag changed and I think Georgia’s kind of progressed past that,” he said. “I think we’re a more progressive state than we were ten years ago.”