NEW YORK (AP) — Michelle Obama and Oprah Winfrey headlined Brooklyn’s Barclays Center like an A-list duo Saturday, getting a rock-star like applause from a feverish audience of fans on a stage typically reserved for pop, rap and basketball stars.

It was the fifth tour stop of “Oprah’s 2020 Vision: Your Life in Focus,” Winfrey’s full-day wellness event with WW (Weight Watchers Reimagined) that had the New York venue usually holding concerts at night buzzing with bright-eyed attendees lined up as early as 8 a.m.

It marked Obama’s return to Barclays just 14 months after appearing at the arena for her own sold-out tour to promote “Becoming,” which has sold more than 11.5 million units worldwide and won a Grammy Award last month.

“Does this feel like déjà vu for you?” Winfrey asked. “Because you were here wearing those bad, Balenciaga gold boots!”

The former U.S. president was one of the main topics discussed during the wide-ranging, hourlong conversation which, at times, had the former first lady coming off like a comedian headlining a sold-out show.

“All of the people in this room paid money to come out, to give up a Saturday…,” Winfrey said before Obama chimed in with: “And as I said — ain’t nobody twerking onstage.”

The audience erupted in laughter. 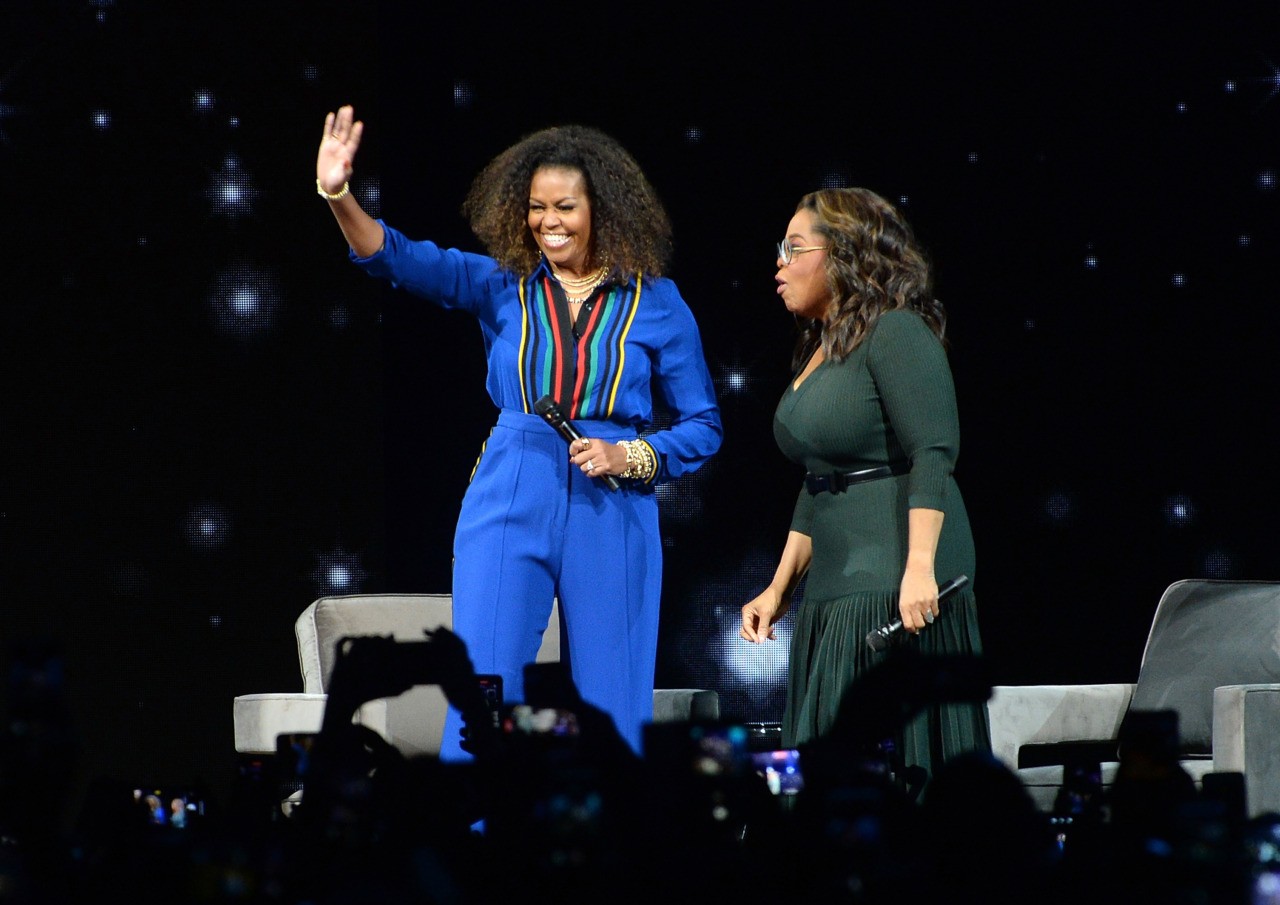 Obama cracked more jokes when she told Winfrey that she and her husband were now empty nesters since their 18-year-old daughter, Sasha, began college last fall (Malia, 21, is a junior).

“We tried to hold it together, to get (Sasha) in the car so she wouldn’t start crying, and then me and Barack, we bawled like little babies. Barack gets that ugly, loud cry,” Obama said, imitating his cry and earning laughs from the crowd.

“He did that at Malia’s graduation,” she added. “We’re sitting there, and he had his glasses on and speeches are happening and we’re all chatting, and we hear,” she said, imitating his cry again while laughing herself.

When Winfrey asked if the energy in their home was different now that the kids are gone, Obama exclaimed: “It is so good, y’all.”

“OK, you guys, get out of the gutter!” Obama added.

“Parenting takes up a lot of emotional space. And my husband was busy being president,” she said as the audience cheered loudly.

The conversation turned slightly political, again, when Winfrey asked Obama what the next chapter of her life would entail.

Obama, 56, said she didn’t want to get political during the chat but that she wants to spend her career empowering young people, calling them the “next generation of leaders.”

“To help them understand a broader sense of values that they can operate within because I do think that we are short on that right now, that are leaders are not paving a good path for what we want our kids to be,” she said. “I’m sorry to say that. I don’t want to make this political in any way.”