Musk is played by actor Adam Pally, while Branson is played by “a mop” and Zuckerberg is embodied by a “stray cat.” Tracy Morgan plays the “‘diverse friend’ who would never actually hang out with Jeff Bezos in real life.”

The adventure climaxes with four phallic-shaped spacecraft engaged in a shootout, followed by a non-sequitur shot of Bezos eating sushi rolls off his naked body.

Sorry for the aborted launch!!! I’m a bad twitterer.
Enjoy this small step for man! pic.twitter.com/6gBHHJLByQ

Bezos’ space flight lasted a little more than ten minutes aboard the New Shepard rocket. As Breitbart News reported, the total elapsed time from launch to touchdown was less than 11 minutes, meaning the trip for Bezos, his brother, and two other passengers spent mere minutes at the edge of space. 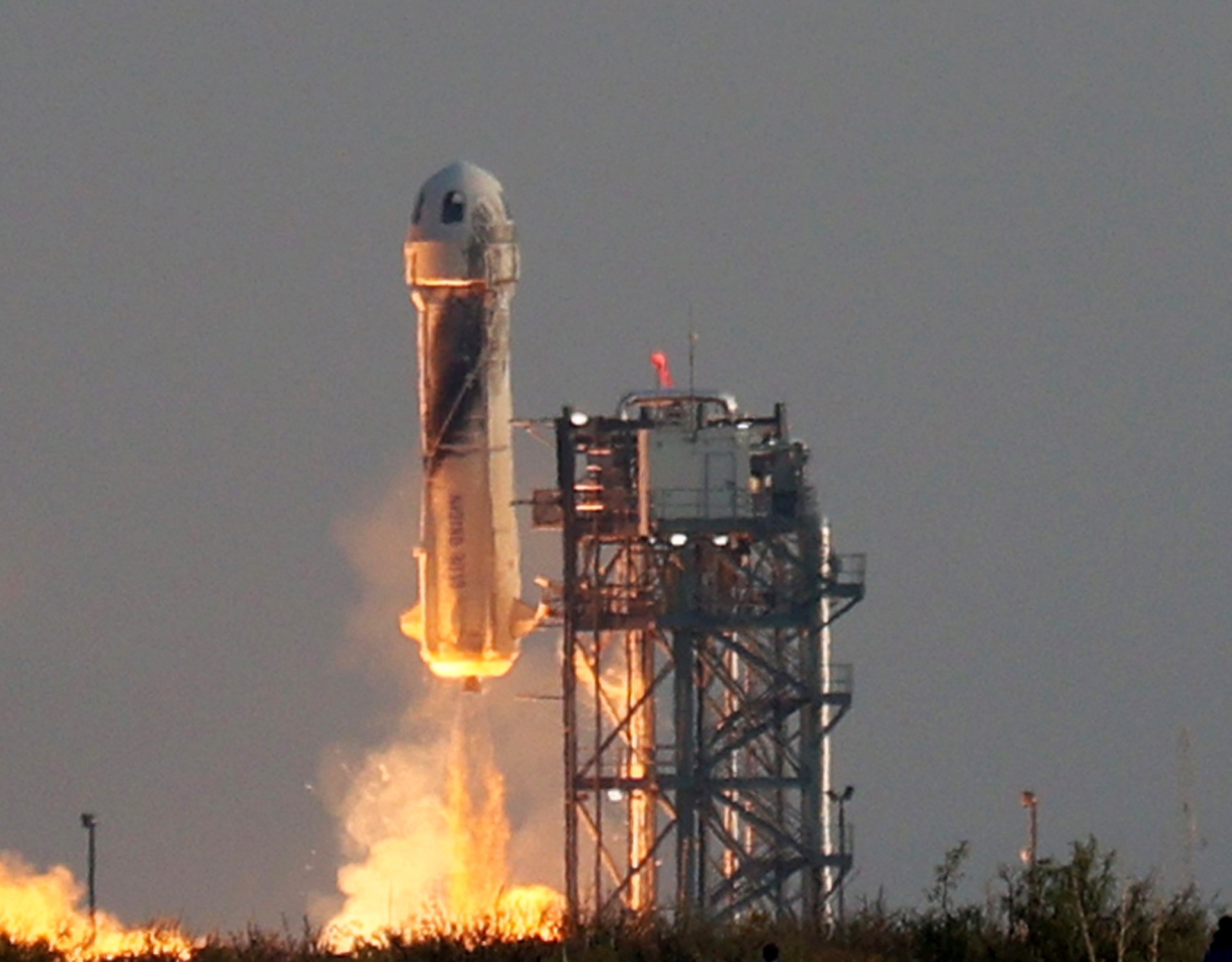 Blue Origin’s New Shepard lifts-off from the launch pad carrying Jeff Bezos along with his brother Mark Bezos, 18-year-old Oliver Daemen, and 82-year-old Wally Funk on July 20, 2021 in Van Horn, Texas. Mr. Bezos and the crew are riding in the first human spaceflight for the company. (Joe Raedle/Getty Images) 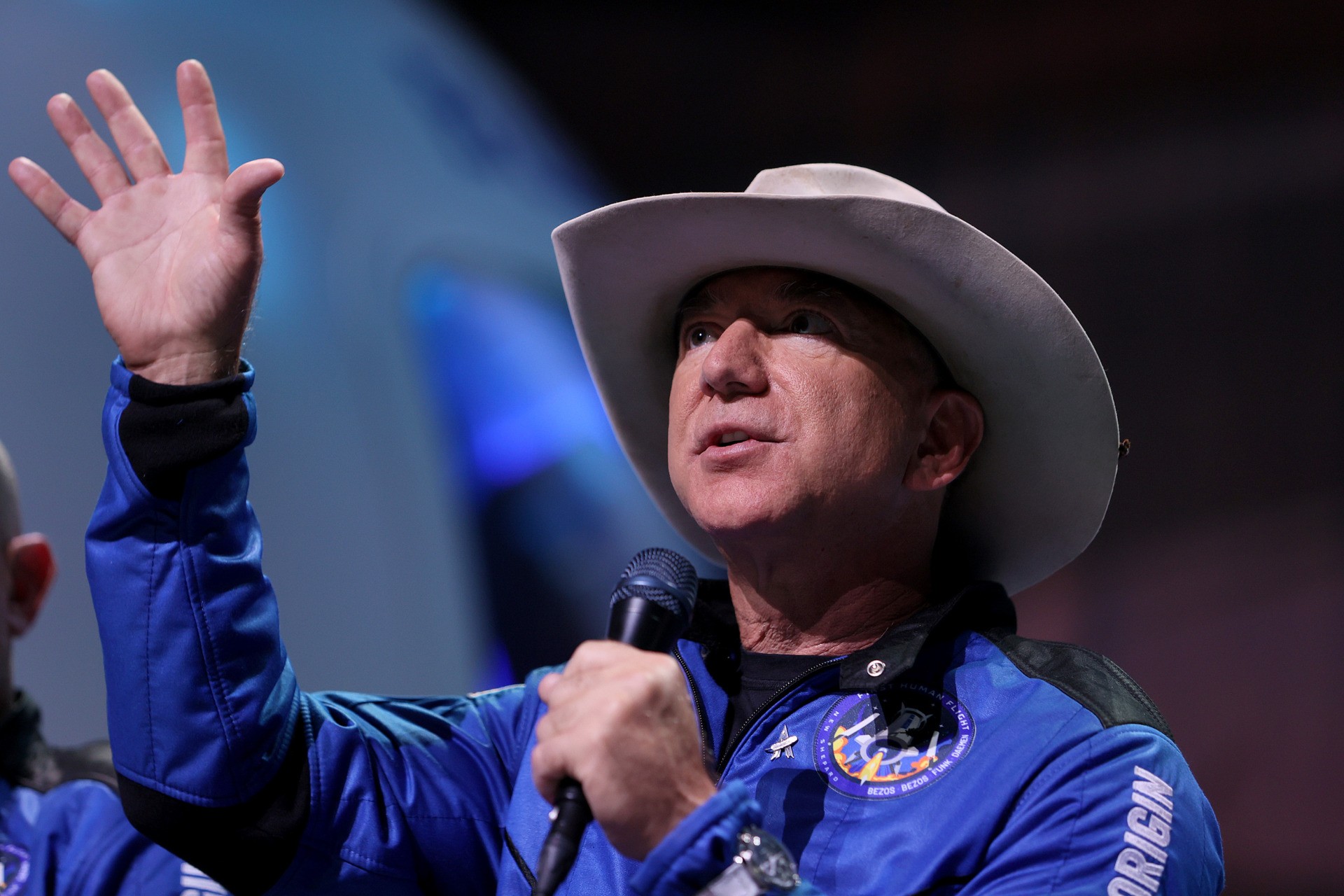 Jeff Bezos speaks about his flight on Blue Origin’s New Shepard into space during a press conference on July 20, 2021 in Van Horn, Texas. Mr. Bezos and the crew that flew with him were the first human spaceflight for the company. (Joe Raedle/Getty Images)

The Amazon billionaire later thanked his employees and customers for funding his space travel. “Seriously, for every Amazon customer out there, and every Amazon employee, thank you from the bottom of my heart very much,” Bezos said. “It’s very appreciated.”

The Problem with Jon Stewart is set to launch on Apple TV+ some time in fall 2021 and will be the first project as part of Stewart’s deal with the streamer.