Grammy-winning singer Wyclef Jean has called for the end of Title 42 COVID-19 restrictions that have blocked thousands of illegal migrants from crossing into the U.S.

The Haitian-born Wyclef Jean appealed to the Biden administration during a recent visit to the Otay Mesa Detention Center in San Diego, where he pleaded on behalf of the “thousands” of Haitian migrants currently awaiting deportation.

A video that Jean tweeted shows him performing a migration-themed song calling for an end to the deportations.

As I stand in front of the prison walls at Otay Mesa Detention Center. Thousands of Haitians are waiting to be deported. I say again, #EndTitle42 @KerryKennedyRFK @GuerlineMJozef @POTUS @VP @AliMayorkas #haiti🇹https://t.co/ZKKl9x59C2 pic.twitter.com/LE1Kgx8cJY

The Biden administration recently defended Title 42 against the ACLU which tried to strike down the law in a bid to open the borders to more illegal migration.

The law represents a political conundrum for Biden, who has encouraged more illegal migration across the Southern border. In recent months, the White House has contemplated lifting the law but has yet to do so fearing that the resulting surge of illegals would send Biden’s poll numbers even lower. 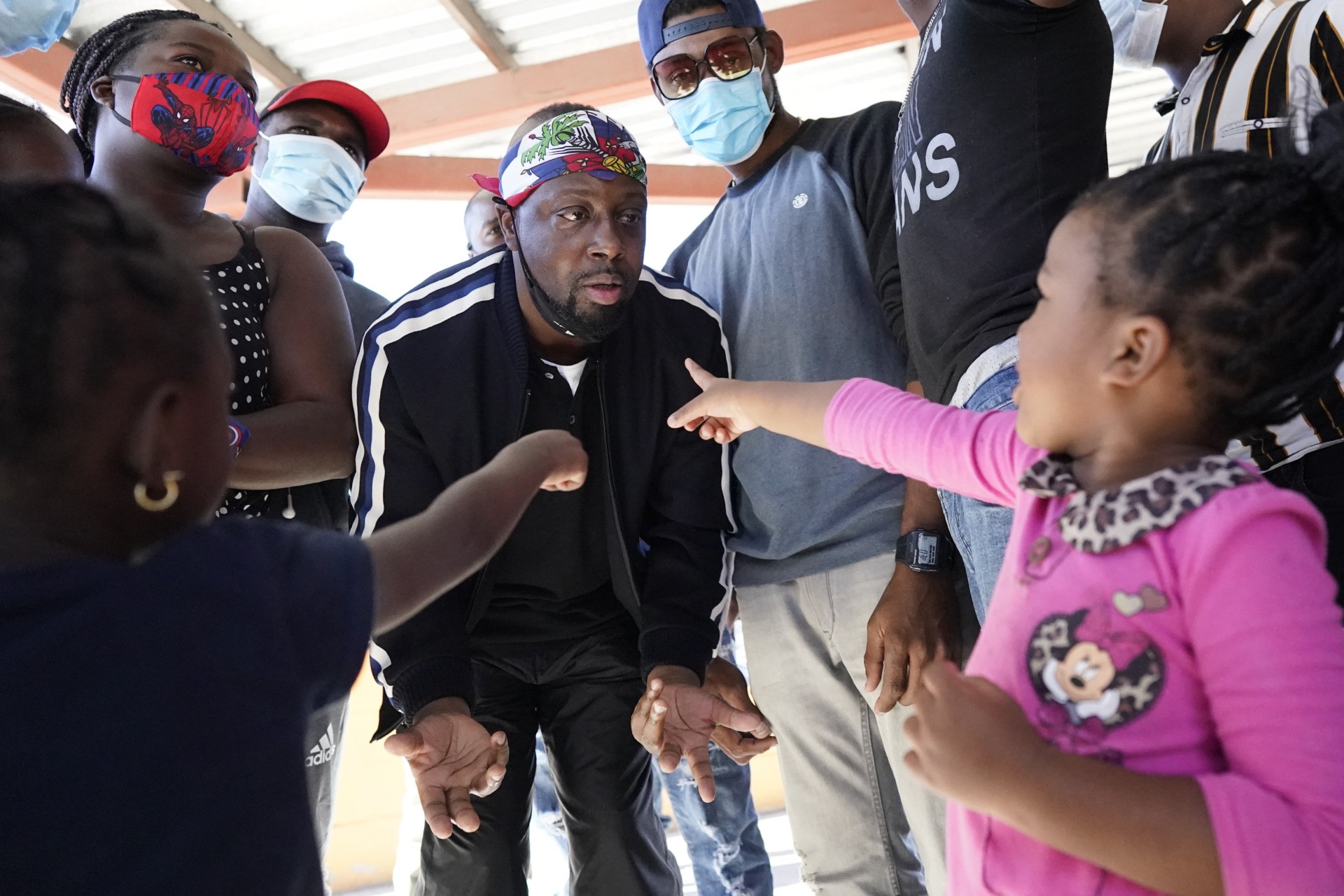 Haitian-born hip hop artist Wyclef Jean, center, jokes with children from Haitian migrant families at a migrant shelter, Wednesday, Oct. 27, 2021, in Tijuana, Mexico. Jean accompanied a delegation from the RFK Human Rights center, as they visited with Haitian families in a shelter on the Mexican border. (AP Photo/Gregory Bull)

By keeping the law in place, Biden can present himself as being tough on illegal immigration and COVID-19, while his administration continues to clandestinely resettle thousands of illegals across the country.

Wyclef Jean was a vocal anti-Trump activist despite once appearing on NBC’s The Apprentice.