Disney’s Chief Financial Officer (CFO) suggested the company’s theme parks could reduce food portion sizes to counter runaway inflation, then joked that the smaller servings would also be “good for some people’s waistlines” during a conference call this week.

After being asked during a quarterly earnings call Wednesday about how Disney is handling rising inflation under the Biden administration, Walt Disney Company CFO Christine McCarthy said she would rather serve less food for the same amount of money than charge higher prices, according to a report by SFGATE.

“We have things on the cost of goods side,” McCarthy said on the call. “And it’s interesting. Just last week — I was talking to our parks senior team about things we could do there.”

“And there are lots of things that are worth talking about,” the CFO continued. “We can adjust suppliers. We can substitute products. We can cut portion size, which is probably good for some people’s waistlines.” 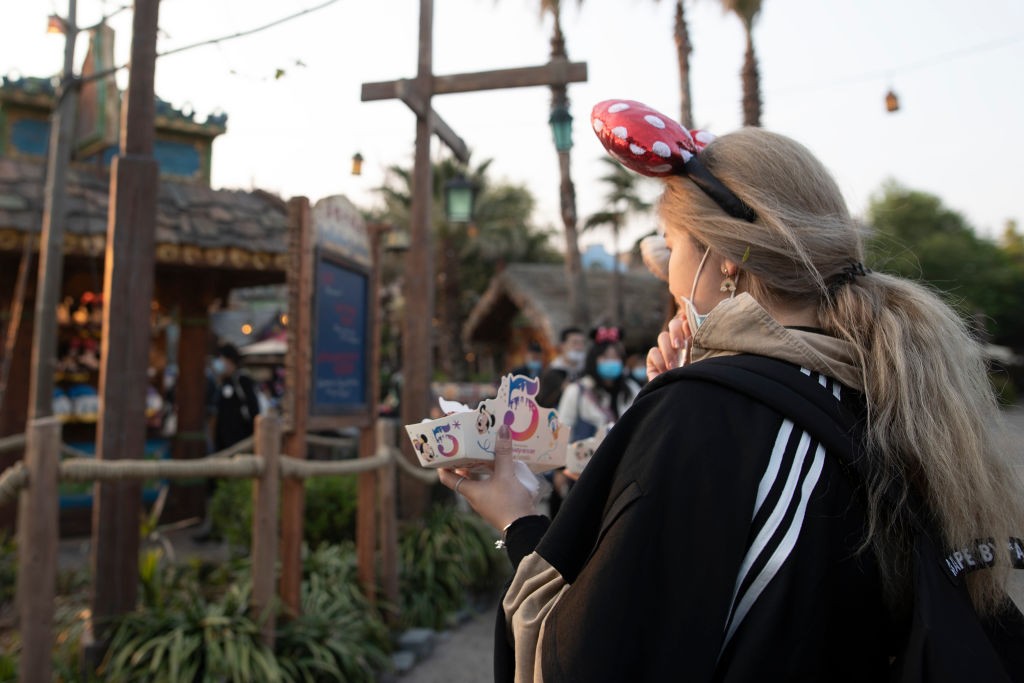 A tourist holds a food case at shanghai disneyland on April 08, 2021 in Shanghai, China. (Photo by Hu Chengwei/Getty Images)

The latter part of McCarthy’s comment drew ire on social media from Disney theme park fans, who accused the CFO of engaging in “fat shaming” and pointed out that a lot the food options at Disney parks are not very healthy to begin with.

“If they really cared about the overweight guests, they’d provide healthier options… what a bunch of BS,” another individual wrote on the Disneyland subreddit.

Others commented on the high costs of food at Disney parks.

“They better cut the prices cuz my wallet ain’t as fat as my a$$,” another social media user commented.

“Reduce portions to cut costs for them, we’ve taken advantage of large portions to share and save on food costs. Guess that won’t be an option anymore,” another said.