While he’s now loudly calling for gun control from the Joe Biden White House briefing room, Hollywood actor Matthew McConaughey has made a small fortune executive producing and starring in TV and movies using guns. Indeed he starred in and produced the first season of HBO’s acclaimed crime series True Detective, which featured 11 guns and a hand grenade in one season.

IMFDB.org notes that 6 of the guns were handguns, consisting of two revolvers and four semiautomatic pistols.

The semiautomatic pistols were a Glock 17,  M1911A1, Sig Sauer P226, and a Magnum Research Desert Eagle Mark I.

Among the remaining guns, two were the type that Democrats refer to as “assault weapons.” Those two were an AKM and an AKMS, variants of both of which are also manufactured and used in other countries as full automatic. 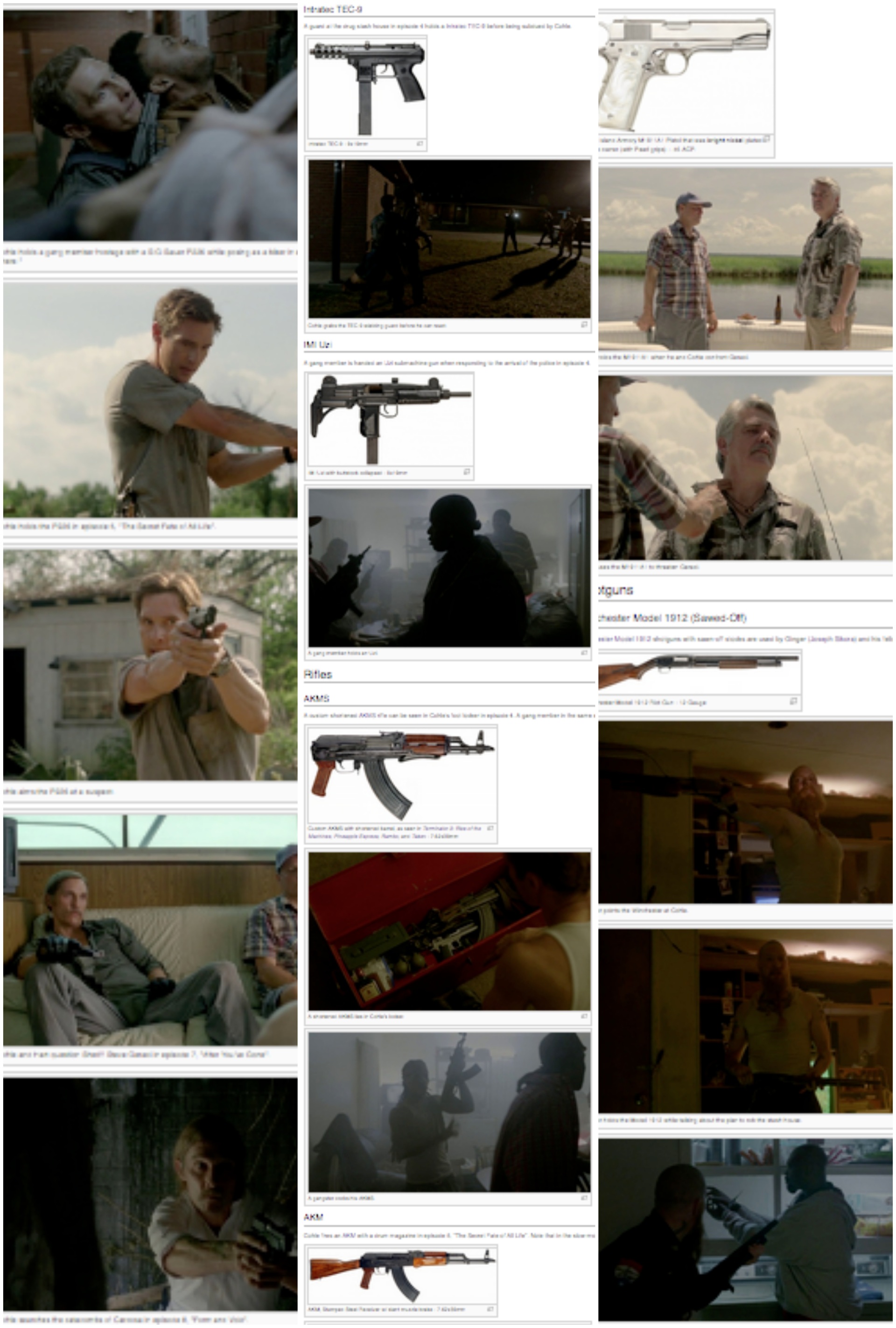 A Winchester Model 1912 saw-off shotgun also made an appearance in season one, as did the M67 Hand Grenade.

Season One of True Detective broadcast in 2014.

He added, “This is a no-brainer. And to my friends out there that are responsible owners of these recreational assault weapons that they use for recreation, please let’s just take one for the team here and set it down.”

On June 6, 2022, Breitbart News reported that McConaughey penned an op-ed pushing for gun control and describing new restrictions as an “acceptable sacrifice.”