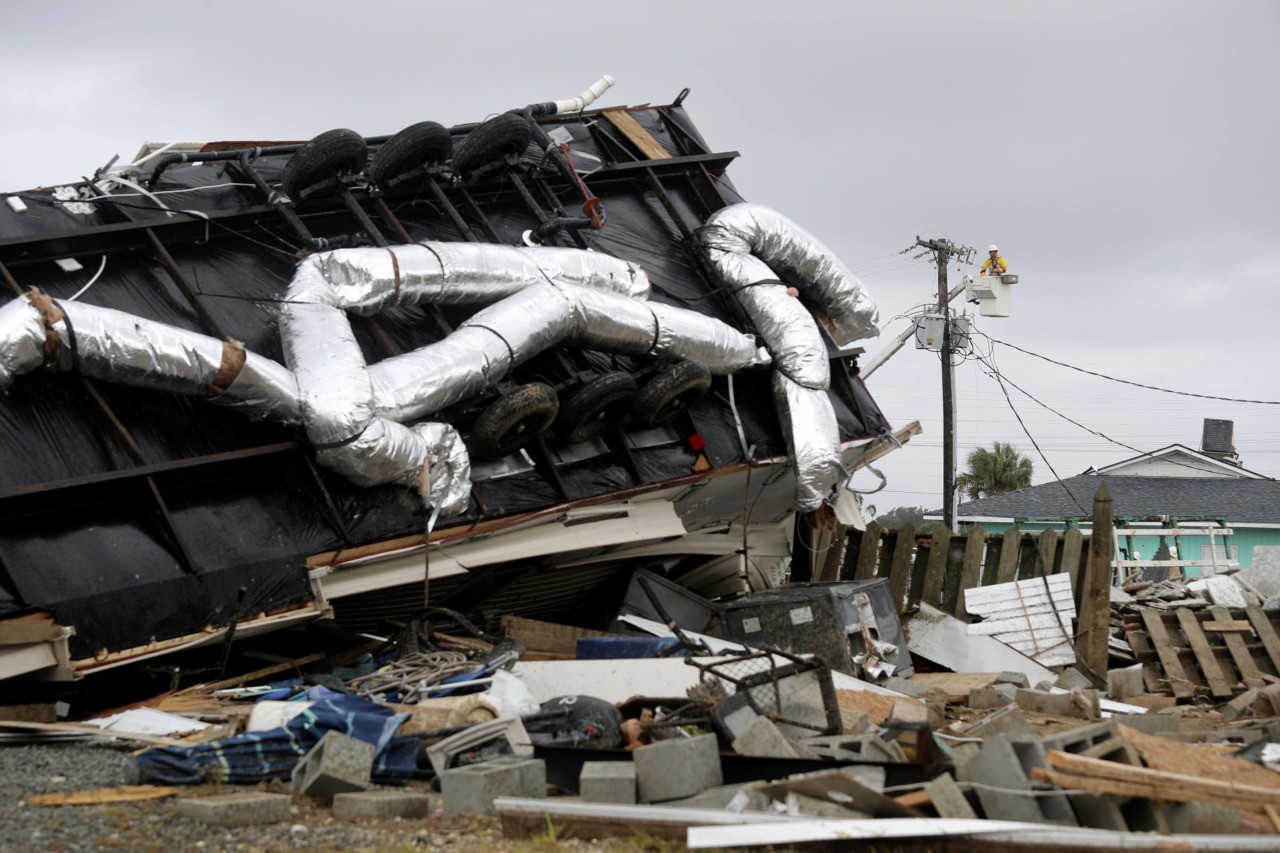 Forecasters said large and destructive waves could reach nearly to the ceilings of one-story structures along the narrow strip of land, where many year-round residents were determined to ride out the storm.

Ann Warner, who owns Howard’s Pub on Ocracoke Island, said people did what they could to prepare.

“The boats are tied down. Yards are cleaned up. Businesses are closed. People are hunkered down,” Warner said by phone on Thursday.

She lives near the southern end of island chain, and said about half the 1,000 residents of Ocracoke stuck it out. Ferries stopped service on Wednesday, she said, so “If you want to change your mind, it’s too late. We’re on our own.” 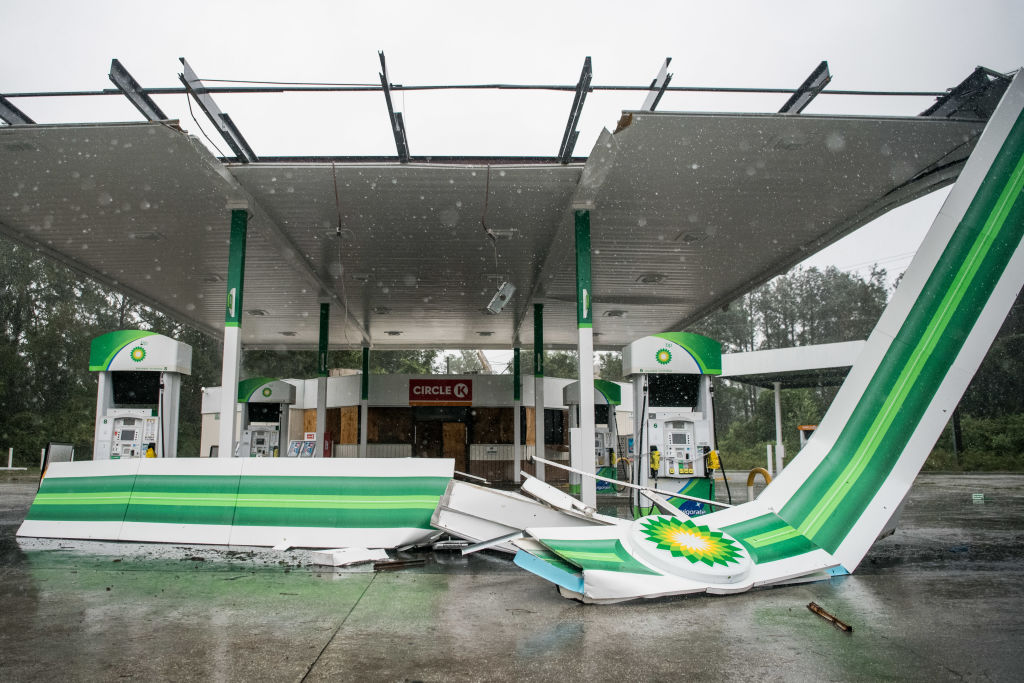 Further north, Virginia was also in harm’s way, and a round of evacuations was ordered there.

The hurricane hammered the Bahamas with 185 mph winds, killing at least 30 people, but swept past Florida at a relatively safe distance, grazed Georgia, and then hugged the South Carolina-North Carolina coastline. At least four deaths in the Southeast have been blamed on the storm.

Twisters spun off by Dorian peeled away roofs and flipped trailers in South Carolina, and more than 250,000 homes and businesses were left without power. Dorian’s winds weakened after sunset Thursday to 100 mph, before falling further early Friday to 90 mph, making it a Category 1 storm.

As of early Friday, Dorian was centered about 55 miles southwest of Cape Hatteras, and 25 miles east of Cape Lookout, North Carolina, in the southern Outer Banks, along which hurricane-force wind gusts were reported. The storm was moving northeast at 14 mph. It’s expected to remain a hurricane as it sweeps up the Eastern Seaboard on Saturday, lashing the New England shore with heavy surf.

In coastal Wilmington, North Carolina, heavy rain fell horizontally, trees bent in the wind and traffic lights swayed as the hurricane drew near. As much as 15 inches (38 centimeters) of rain was forecast, with flash-flooding likely.

Overnight winds were expected to cause trees and branches to fall on power lines, and debris could block repair crews from accessing damaged lines, said Mike Burnette senior vice president of Electric Cooperatives, a utility provider in North Carolina. Customers should prepare for prolonged power outages, he said.

“We have a long night ahead of us. Everyone needs to stay in a safe place and off the roads until the storm passes,” North Carolina Gov. Roy Cooper said Thursday.

Leslie Lanier, 61, was one of those who decided to stay behind on Ocracoke Island. She boarded up her home and bookstore, making sure to move the volumes higher.

“I think we’re in for a great big mess,” she said.

Supporters of Republican Greg Murphy and Democrat Allen Thomas, the top candidates to replace the late Rep. Walter Jones Jr., in a special election on Tuesday , found themselves not campaigning, but pulling up signs to keep them from becoming airborne missiles.

Dorian swamped roads in historic downtown of Charleston, South Carolina, and knocked down some 150 trees and toppled power lines. Gusts had topped 80 mph in some areas. The port city of handsome antebellum homes sits on a peninsula that is prone to flooding even from ordinary storms.

Dorian apparently spawned at least one tornado in North Myrtle Beach, South Carolina, damaging several homes, and another twister touched down in the beach town of Emerald Isle, North Carolina, mangling and overturning several trailer homes in a jumble of sheet metal. No immediate injuries were reported.

The four deaths attributed to the storm in the mainland U.S. took place in Florida and North Carolina. All of them involved men who died in falls or by electrocution while trimming trees, putting up storm shutters or otherwise getting ready for the hurricane.

Navy ships were ordered to ride out the storm at sea, and military aircraft were moved inland. More than 700 airline flights scheduled for Thursday and Friday were canceled. Hundreds of shelter animals were airlifted from coastal South Carolina to Delaware.