A Christian pastor has started offering the UK’s first ever baptism service for the transgendered, allowing the afflicted to be welcomed into God’s family according to their new, chosen gender identity.

The New Chapel (Unitarian and Free Christian) in Greater Manchester unanimously passed the new proposal at its general meeting last week, paving the way for the ceremonies to go ahead in the near future.

‘Worship leader’ Jean Clements said she came up with the idea after meeting and marrying a gay couple with a small child – a biological boy which they had branded as transgendered and decided was in fact a girl. 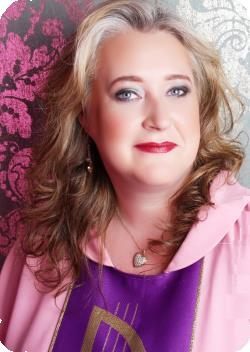 Mrs. Clements told the Manchester Evening News: “I felt saddened by the fact that this family were being shunned by many mainstream churches. However, the family came to New Chapel, the congregation welcomed the family with open arms.”

Adding: “They should be able to feel recognised in celebration for who they truly are”.

The Unitarian church was the in the UK first to allow divorced people to remarry and was quick to offer same-sex weddings. Derek McAuley, chief officer of the church’s General Assembly, said other churches may follow their lead in adapting to the new transgender fashion.

Mrs. Clements said that the young daughter of the same-sex couple she married will likely be her first transgender baptism.

“While I am being congratulated for our progress on this particular matter, I would like to thank one courageous girl for inspiring me to think carefully about this issue in the first place”, she added.

Mr. Clements said that she considered her church “modern” and “everyone” had supported the idea.

“I think of us as a modern church for a modern society. The Unitarian Movement stands for freedom, reason and tolerance. At New Chapel, we are working towards and proud of our inclusive community

“Everybody has been fully supportive of the motion, we strive for equality and as a society that’s what people strive for, equality”, she said.

The government’s new Women’s and Equalities committee recently proposed making it illegal to deny the transgendered access to gender specific facilities in its Transgender report. It is unclear if this would apply to churches and mosques if implemented in law.