ROME — Pope Francis invited 1,500 mostly poor people to lunch this weekend to celebrate the World Day for the Poor and requested that all pork be removed from the menu so as not to give offense to Muslim guests.

This Sunday marked the third annual celebration of the World Day of the Poor, a Catholic commemoration established by Pope Francis in November 2016 to celebrate the end of the Jubilee Year of Mercy.

The World Day of the Poor should be “a day to help communities and each of the baptized to reflect on how poverty is at the very heart of the Gospel and that, as long as Lazarus lies at the door of our homes, there can be no justice or social peace,” Francis said on establishing the feast. 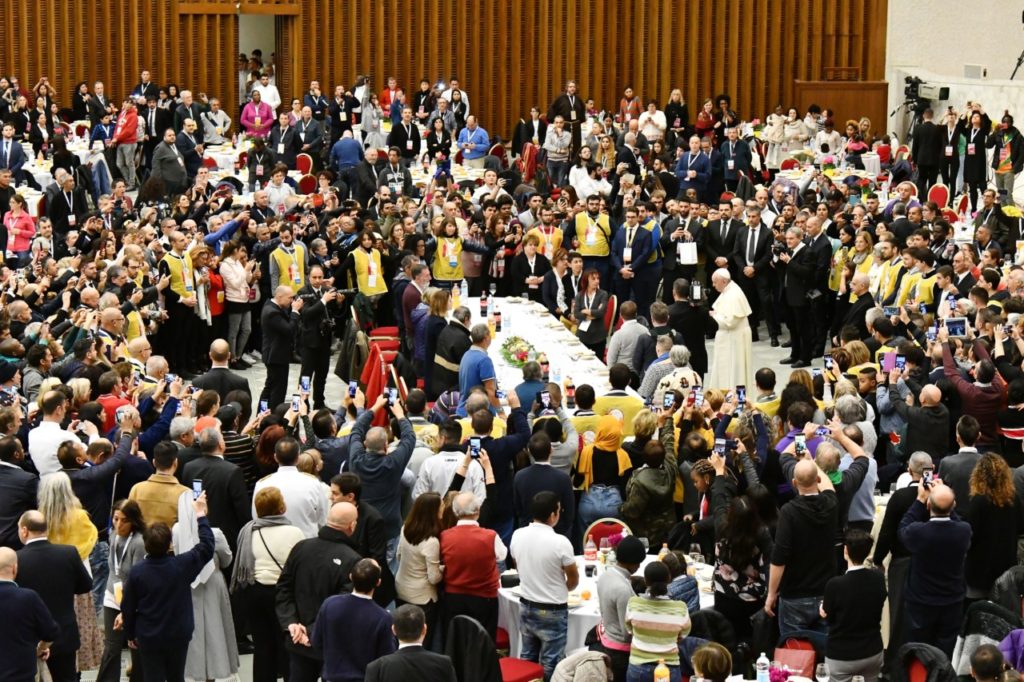 Pope Francis (R) arrives for a lunch with people, on November 17, 2019, at the Paul VI audience hall in Vatican, to mark the World Day of the Poor. (VINCENZO PINTO/AFP via Getty Images)

The pope held the Sunday banquet for 1,500 guests inside the Paul VI Hall in the Vatican, offering a meal that intentionally eschewed pork out of respect for any Muslims present, according to reports. Instead, chunks of chicken with mushroom cream were served along with potatoes.

The gesture echoed a similar move this past October by the archbishop of Bologna, Matteo Maria Zuppi, who commissioned a pork-free version of Bologna’s iconic tortellini pasta for the feast of the city’s patron, San Petronio, so that Muslims would feel welcome.

Archbishop Zuppi, now a cardinal, dubbed the modified pasta “welcome tortellini” but many locals decried the alteration as “culinary blasphemy.”

In his addresses Sunday for the World Day of the Poor, Pope Francis returned to some of his favorite topics, condemning indifference toward the poor and the “culture of waste,” while praising those who serve the poor, give hope to the disadvantaged, and promote solidarity. 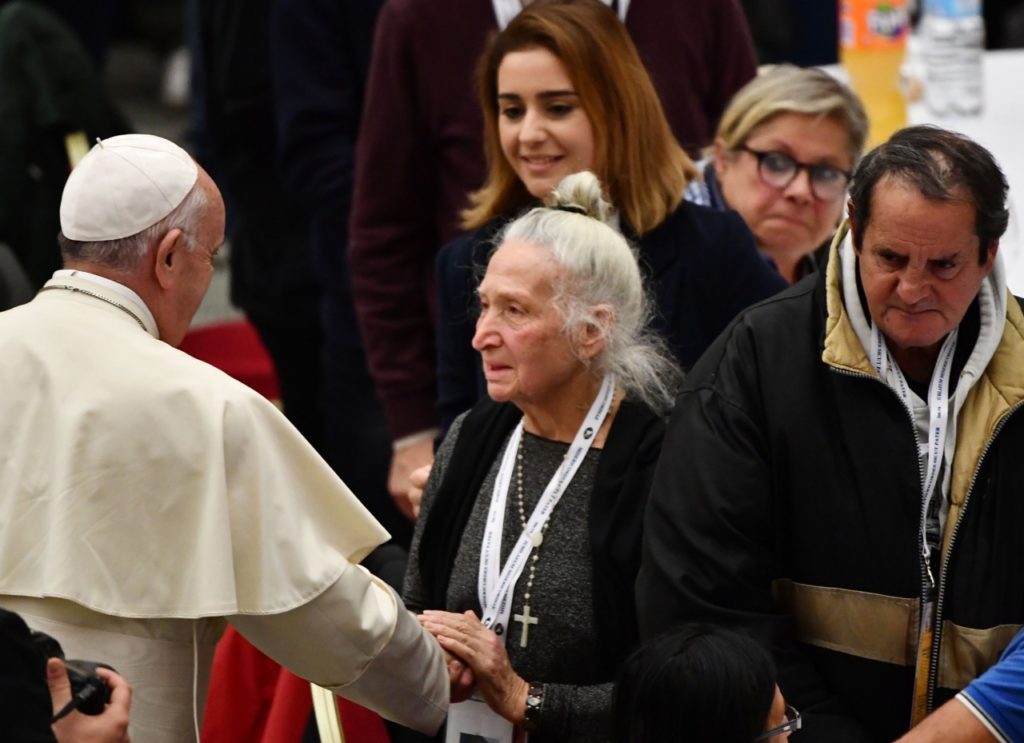 Pope Francis greets people as he arrives for a lunch, on November 17, 2019, at the Paul VI audience hall in Vatican, to mark the World Day of the Poor. (VINCENZO PINTO/AFP via Getty Images)

“The poor are valuable in the eyes of God because they do not speak the language of the self: they do not support themselves on their own, by their own strength; they need someone to take them by the hand,” Francis said during his homily at Mass. “The poor remind us how we should live the Gospel: like beggars reaching out to God.”

“The presence of the poor makes us breathe the fresh air of the Gospel, where the poor in spirit are blessed,” he added. “Instead of feeling annoyed when they knock on our doors, let us welcome their cry for help as a summons to go out of ourselves, to welcome them with God’s own loving gaze.”

“How beautiful it would be if the poor could occupy in our hearts the place they have in the heart of God! Standing with the poor, serving the poor, we see things as Jesus does; we see what remains and what passes away,” he said.