OIDAC’s “Top 5 – Report 2019/2020,” the product of two years of research, was issued to mark the International Day of Human Rights celebrated on December 10. The report shows “a multitude of incidents and examples of hate crimes as vandalism of churches and other threats to religious freedom in five European countries where it identified the most severe challenges for Christians.”

The group found that the two chief threatening dynamics adversely affecting the lives of Europe’s Christians were “secular intolerance” and “Islamic oppression.”

“While secular intolerance is the driving dynamic in most of the cases and areas of life we observed, Islamic oppression mainly occurs in concentrated hotspot areas, in which Christian converts are the group that is mostly affected along with other residential Christians,” the report states. 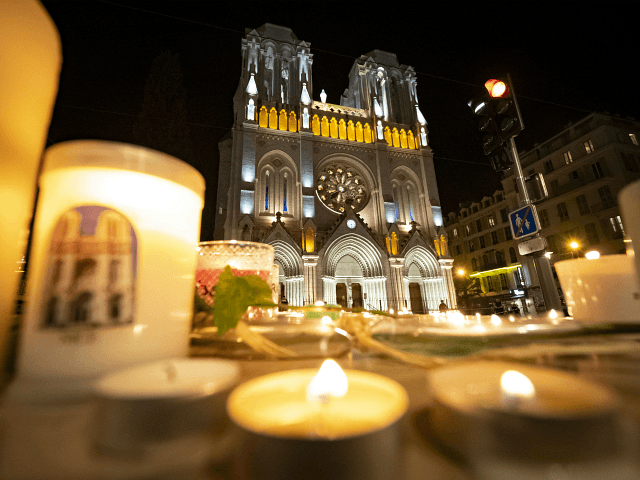 People pay tribute at night in front of Notre Dame Basilica on October 29, 2020 in Nice, France. A man armed with a knife fatally attacked people in the church, located in the heart of the city. (Arnold Jerocki/Getty Images)

“This phenomenon can occur in various forms, such as vandalism — antireligious motivated attacks against churches and Christian buildings — or even anti-Christian hate crimes against individuals,” said OIDAC’s director Madeleine Enzlberger.

In preparing the 60-page report, OIDAC focused on the 5 countries in Europe with the most social problems and conflicts affecting the rights and freedoms of Christians, namely: Germany, France, Spain, Sweden, and the United Kingdom.

It underscored what its authors call an “ideologically infused secularization dynamic that has caused a cultural shift on all levels of society, as it tries to relegate religion to the private sphere and ignores the fact that faith plays a vital role in a healthy society.”

Much of the hostility toward Christianity stems from “a strong and sometimes even extreme opposition to Christian morals derived from core beliefs,” it said. 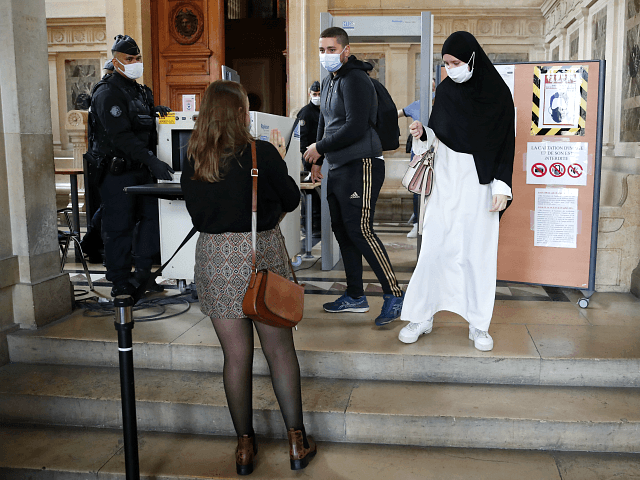 In this Oct.5, 2020 file photo, people are being checked before the trial of Sidi Ahmed Ghlam, a 29-year-old Algerian man accused of killing a woman and trying to blow up a church near Paris.  (AP Photo/Francois Mori, File)

Regina Polak, Professor of Sociology of Religion at the University of Vienna, called attention to the under-reporting of anti-Christian hate crimes in Europe during the roll-out of the report this week.

“The number of reported Anti-Christian hate crimes in the OSCE-Region, in particular vandalism against places of worship, the desecration of cemeteries and arson attacks against churches, is worrying,” Polak said. “This is a call for comprehensive action, first of all, supporting victims, promoting awareness-raising measures and research.”

Enzlberger stated that the presentation of OIDAC’s findings is meant, in part, to counteract the growing religious illiteracy among politicians, civil servants, and journalists as well as generalized ignorance of the breadth of the problem of anti-Christian persecution.