ROME — The coronavirus has succeeded in converting Rome from a bustling metropolis into a virtual ghost town in a matter of days.

The following photographs were all taken within a one-hour period from 3:30pm-4:30pm Friday afternoon, a time when Rome is usually crawling with tourists and locals drinking coffee, laughing, shopping, and exchanging stories.

A series of government decrees have progressively shut down almost every establishment in the city, from hotels to department stores to high-end boutiques to coffee bars. The few places still open are markets and grocery stores, pharmacies, tobacconists, and as of Friday morning, a number of churches.

People are required by law to maintain a “safe distance” from one another of at least three feet, while those who serve clients must wear masks and rubber gloves. Citizens are obliged to stay at home unless they have a “need” to go out. If they do so, they must first fill out a form explaining the reason for being on the street. If the reason is considered insufficient or a person is found to be lying, he or she is subject to a hefty fine.

As a result, the streets are empty, except for the ubiquitous presence of police officers and military personnel. Families with pets will take turns walking the dog in order to get out for fresh air. 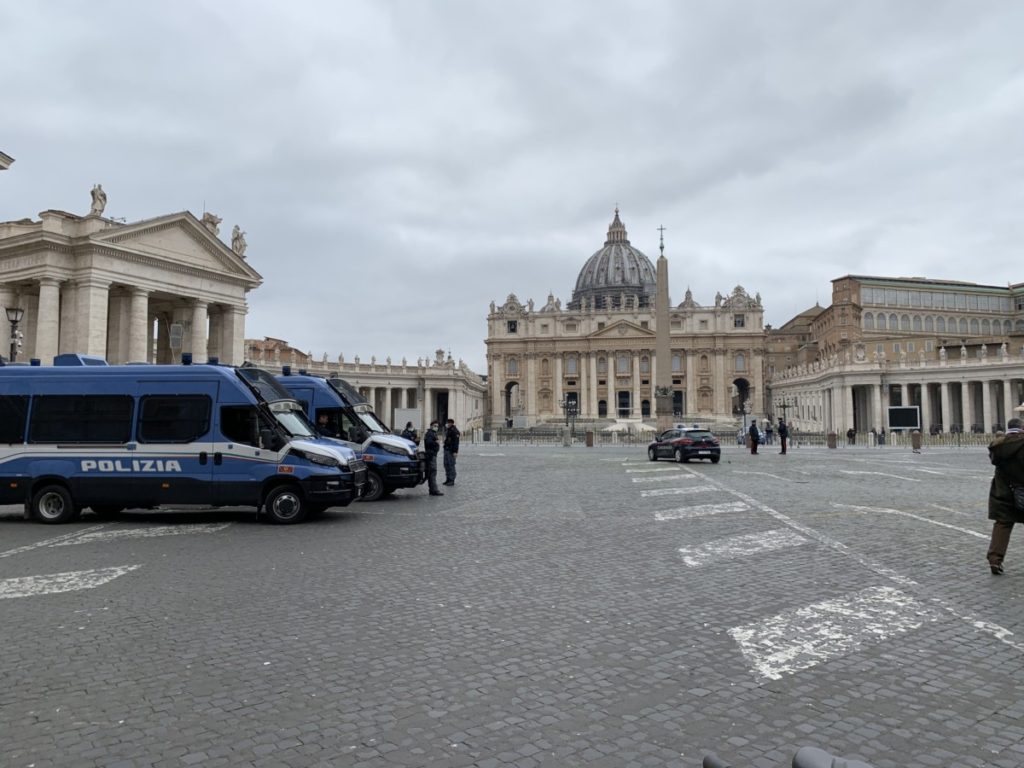 Saint Peter’s Square and Basilica are closed, with only the police and a few reporters in the vicinity. 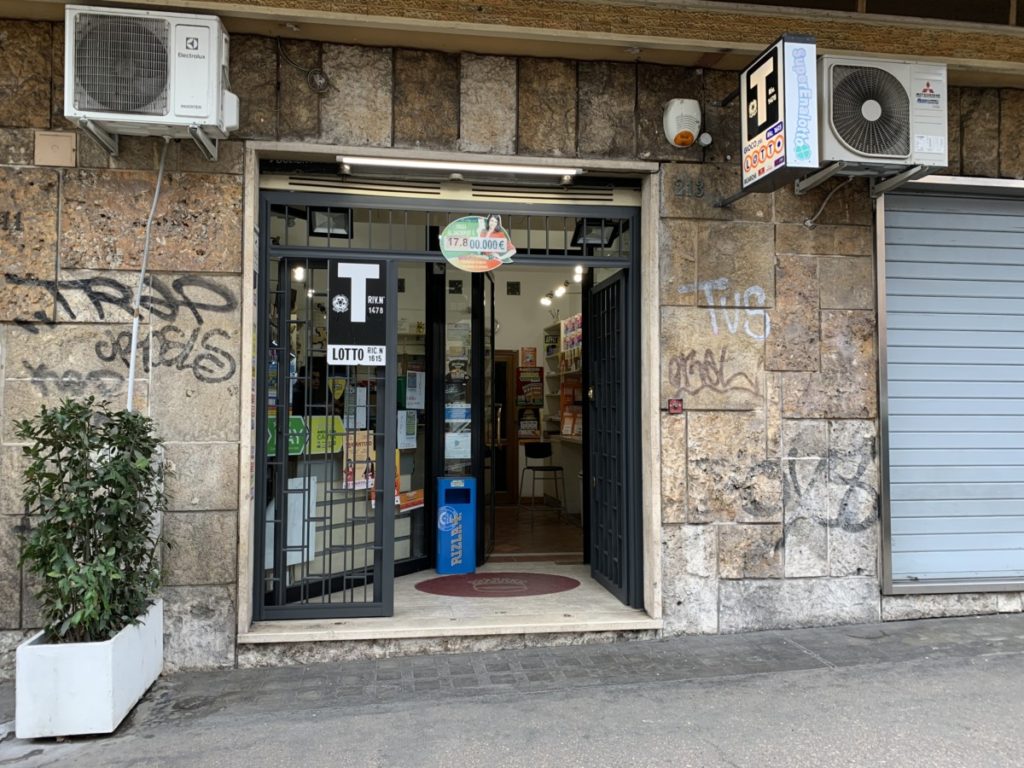 While coffee bars have been shut down, tobacconists are allowed to remain open. 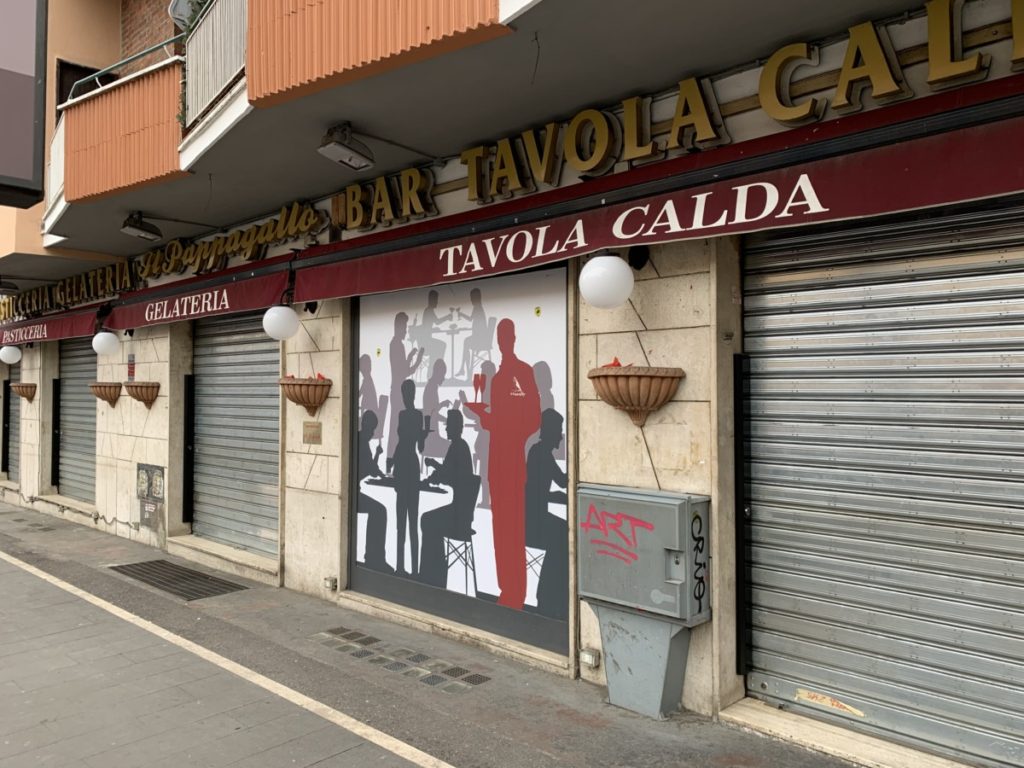 Popular coffee bars such as Pappagallo, which usually never close, have sealed their entries. 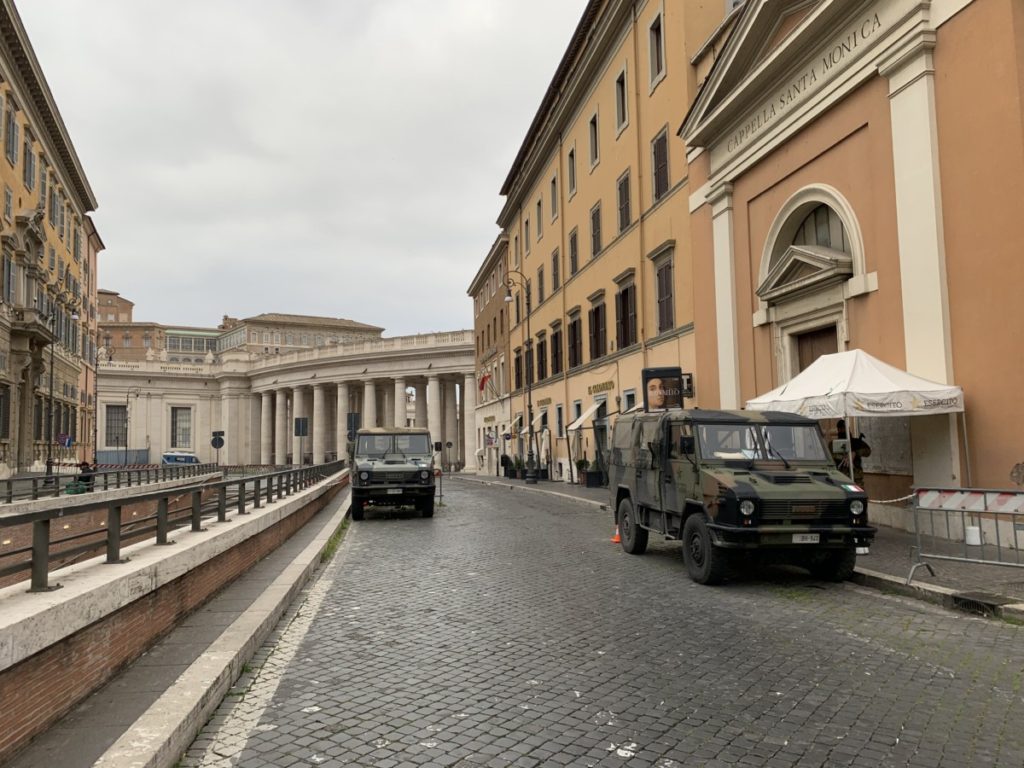 Military personnel from the Italian army have posts near major churches and monuments around the city. 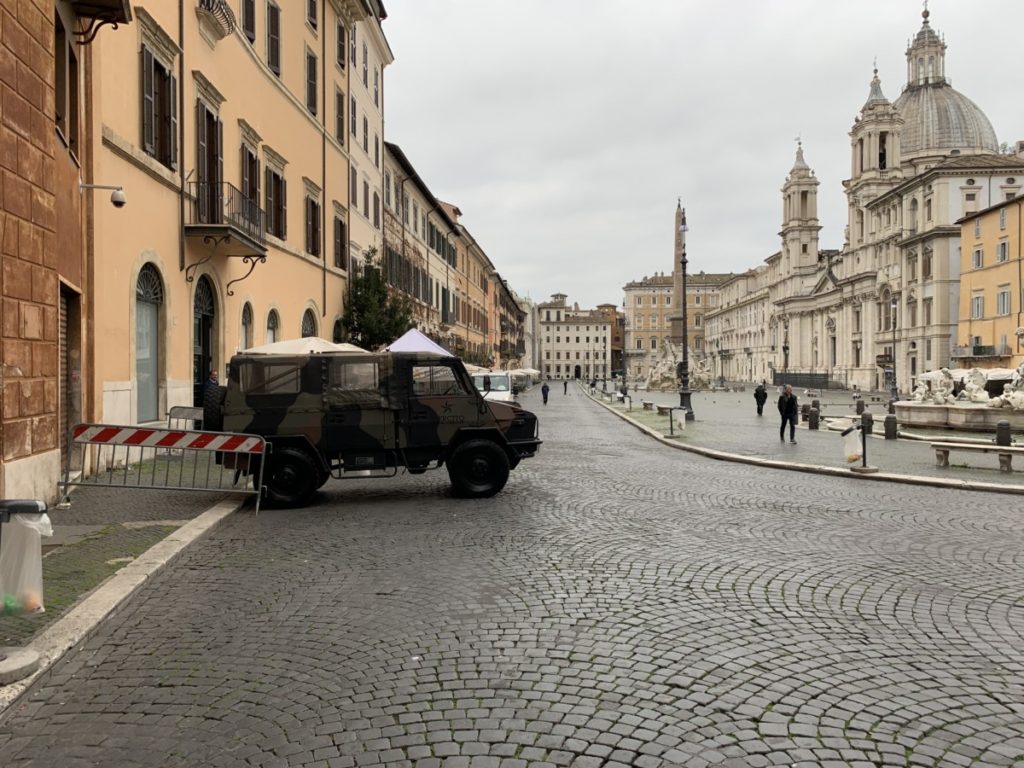 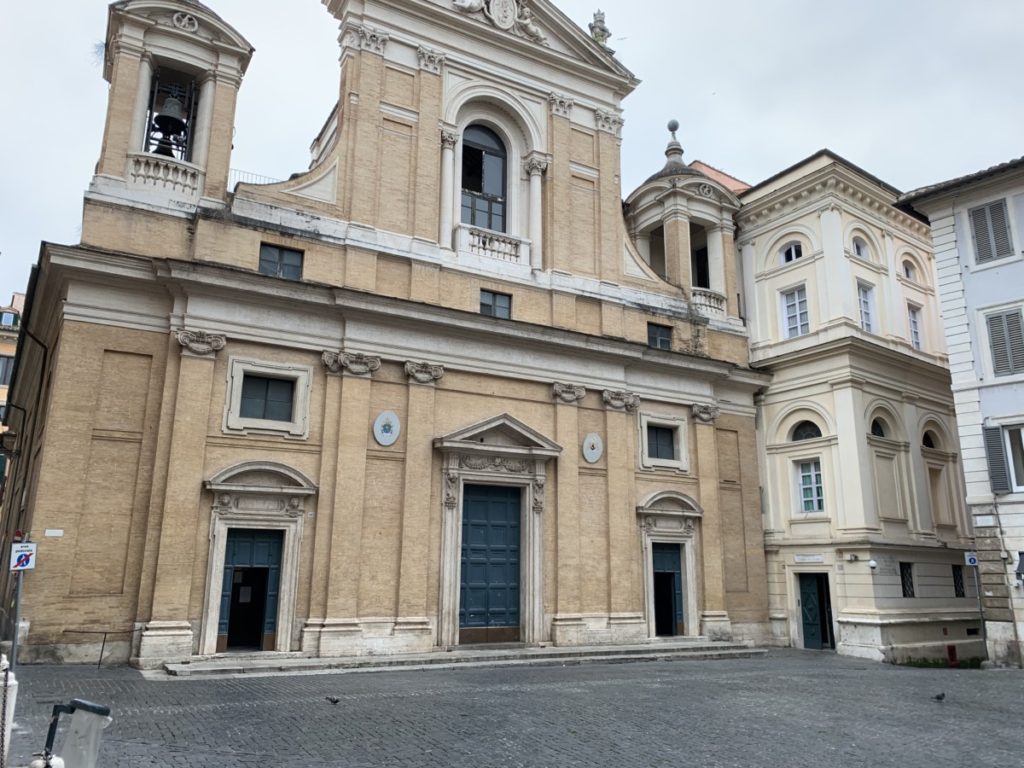 After calling for the closing of all churches in the city, the Rome diocese relented Friday, reopening parish and mission churches. 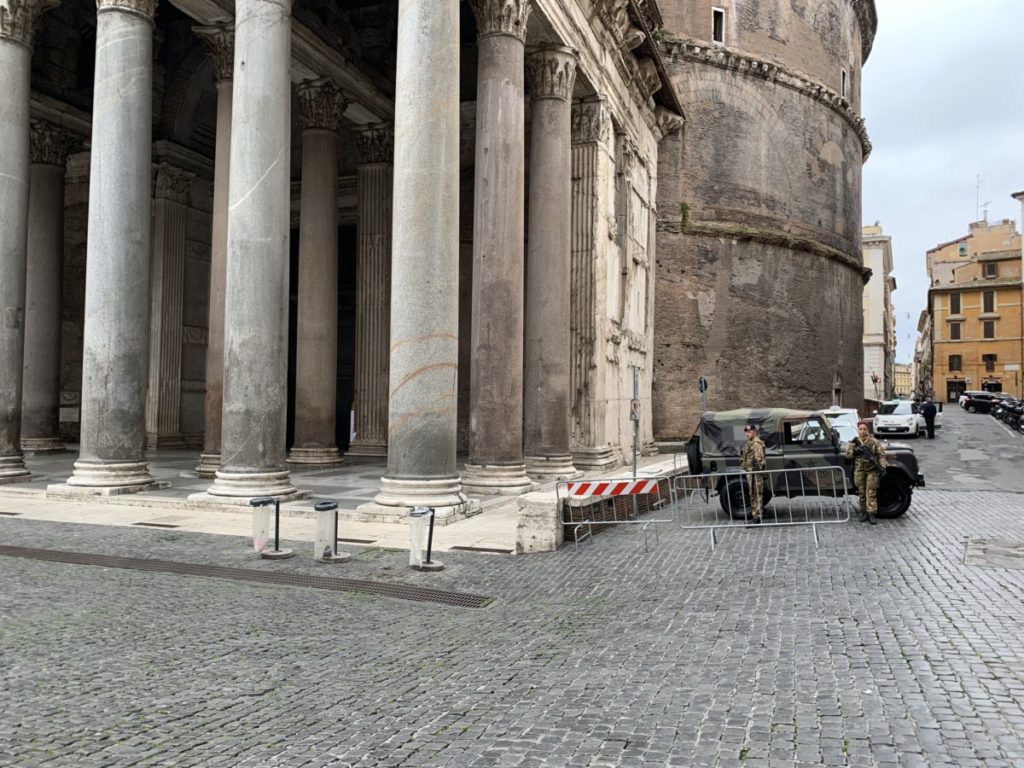 None but military near the famous Pantheon. 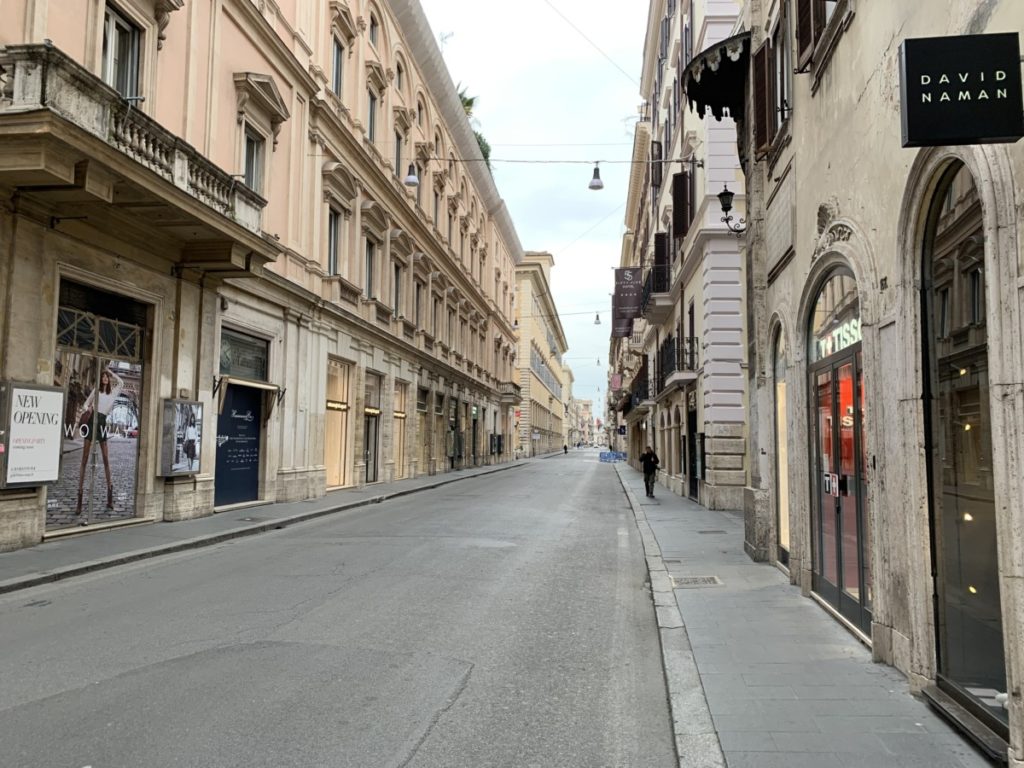 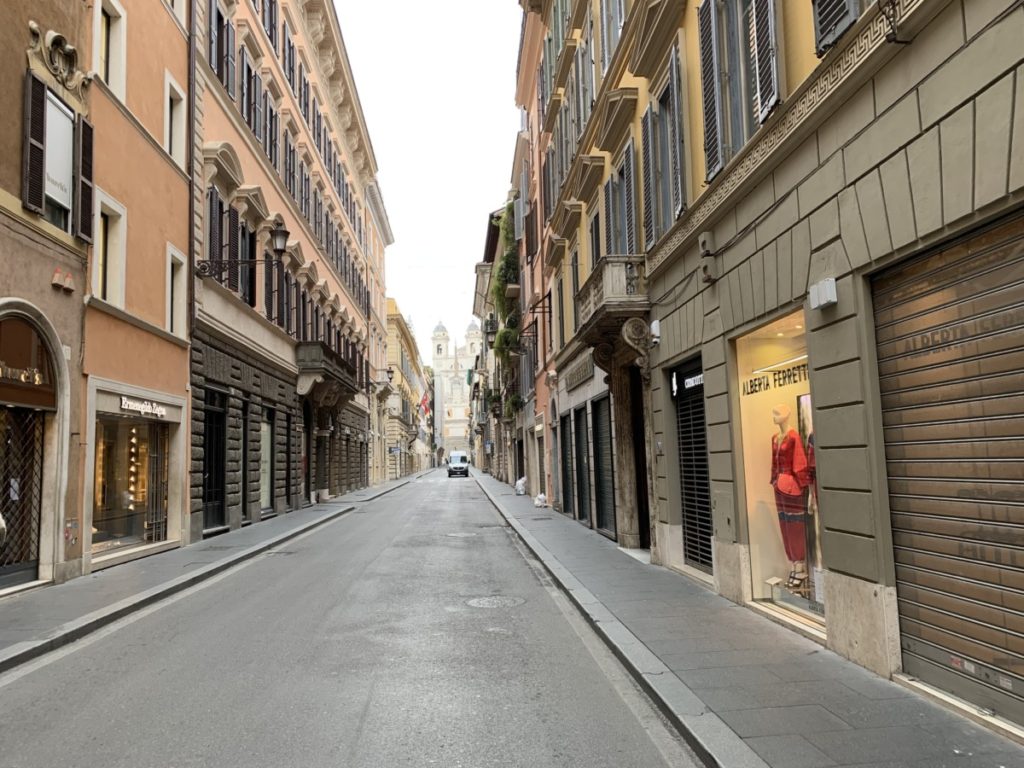 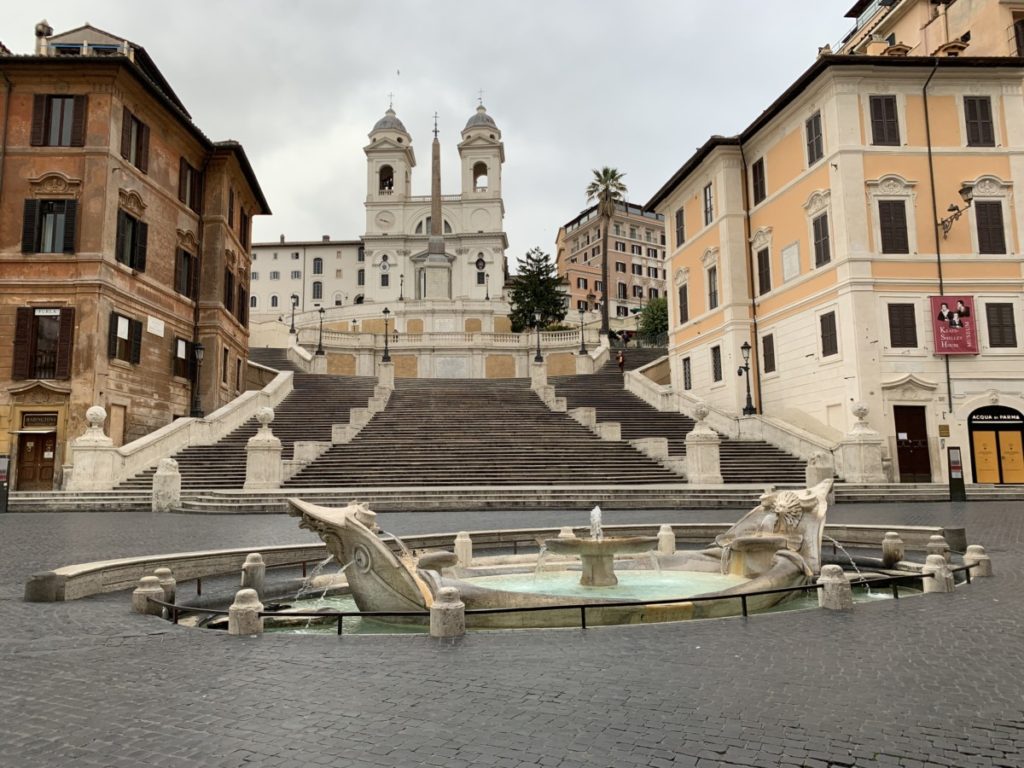 The world-famous Piazza di Spagna, with the Spanish Steps 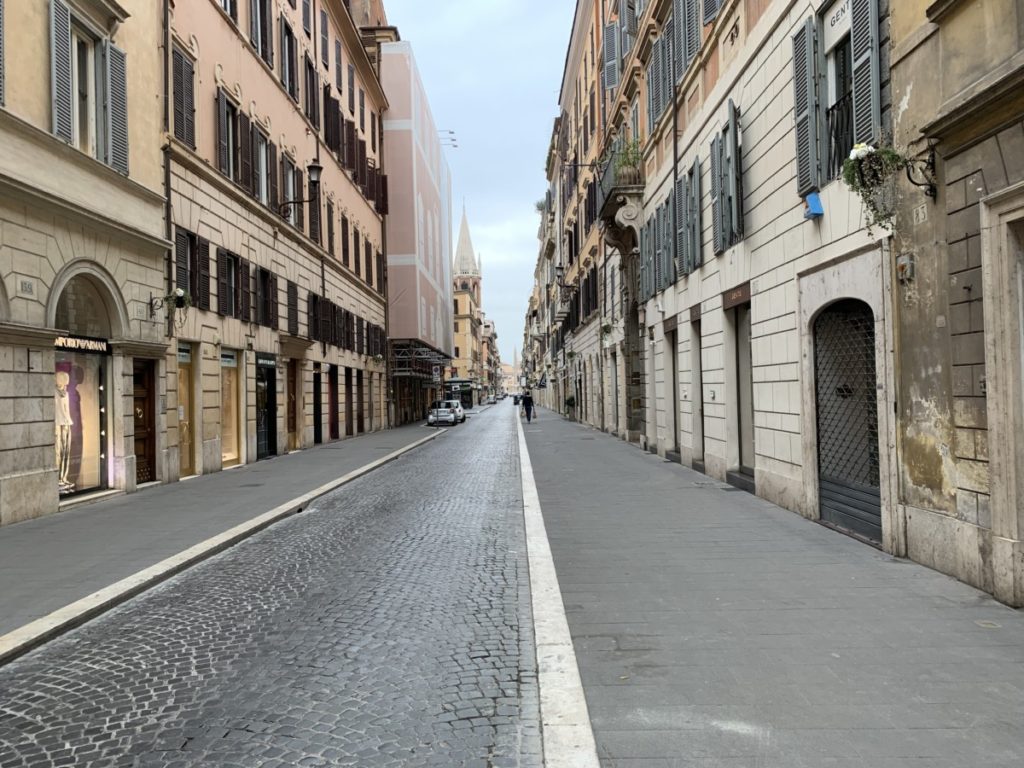 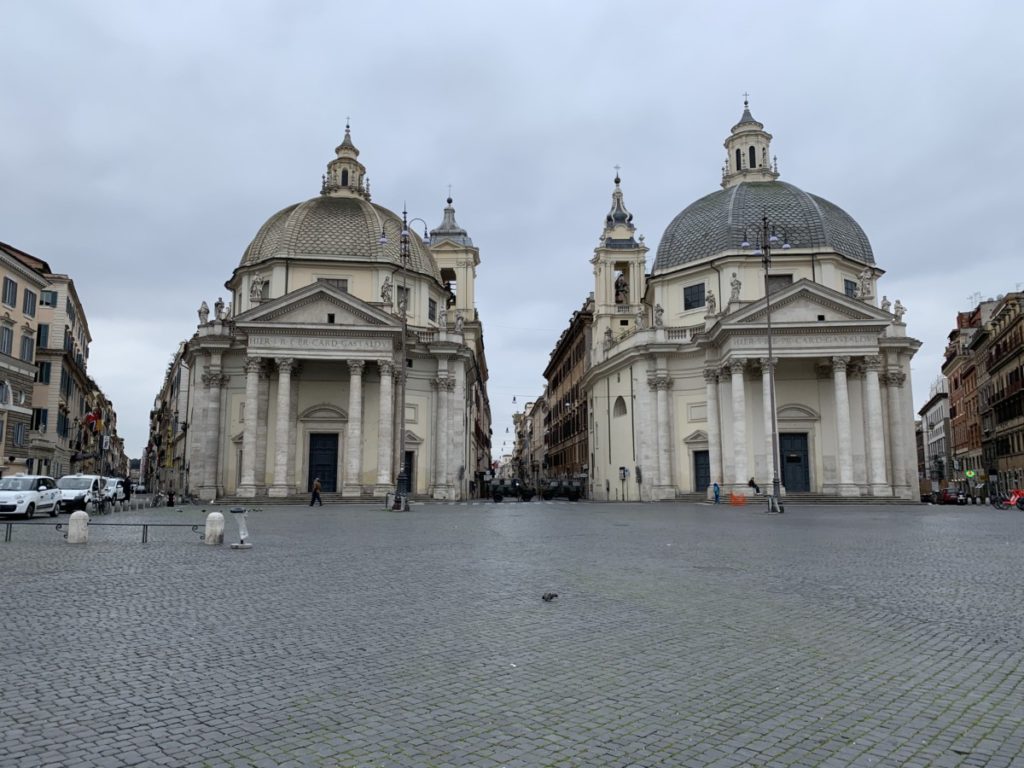 The twin churches of the Piazza del Popolo.