The Women’s Strike movement organized a demonstration in Warsaw, Poland, on Sunday to protest a recent High Court ruling banning eugenic abortions of babies with Down syndrome and other disabilities.

The protesters — numbering in the hundreds or thousands depending on reports — gathered in the center of Warsaw and then marched toward the house of Jaroslaw Kaczynski, the head of Poland’s ruling Law and Justice Party (PiS).

In early October, Poland’s Constitutional Tribunal struck down a provision permitting doctors to abort fetuses on the basis of congenital defects, ruling that the law violated the national Constitution, which guarantees the right to life.

In its decision, the court argued that aborting a child because of probable birth defects constituted eugenics, an effort to weed out the weak and undesirable in a society, notoriously practiced by the Nazis against Jews and disabled persons, and by Planned Parenthood founder Margaret Sanger against blacks and minorities in the United States.

Aborting an unborn child because of foreseen defects, the most common reason cited for legal abortions in Poland, violates constitutional protections of the life of every individual, the court ruled in its 11-2 decision. 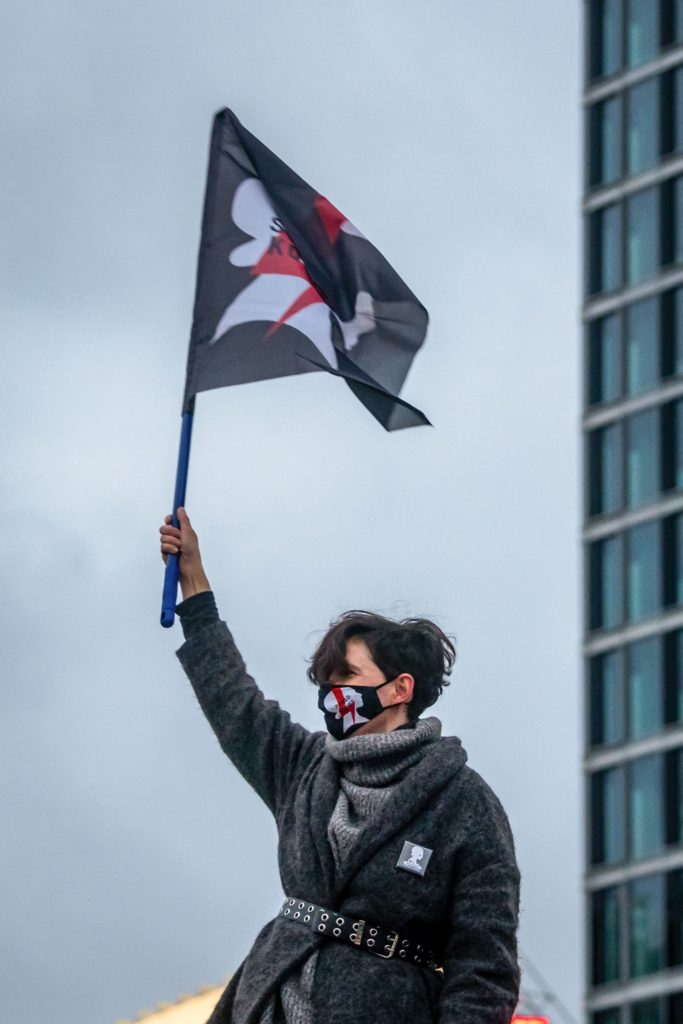 Soon after, pro-abortion demonstrations were held in Poznan, Warsaw, Wroclaw, Krakow and other cities, and protesters burst into churches while service were taking place, “confronting priests with obscenities” and spray-painting churches with slogans and phone numbers of abortion providers, Associated Press (AP) reported.

The International Women’s Strike was founded in 2017 by feminist and pro-abortion groups in Poland, including the All-Poland Women’s Strike, who joined with Argentinian women’s rights activists to launch the global movement that now spans over 50 countries.

Over the past year, global abortion providers have scrambled to disassociate themselves from their racist and eugenicist founders, with limited success.

Last month, Marie Stopes International, one of the world’s largest abortion providers, changed its name due to unwanted attention to the eugenicist ideas of its founder.

Like Planned Parenthood founder Margaret Sanger, Marie Stopes, who established Britain’s first birth control clinic in London in 1921, was a racist who opposed interracial marriages and promoted the forced sterilization of inferior people she considered unfit to procreate.

This past summer, Planned Parenthood of Greater New York (PPGNY) removed the name of Margaret Sanger from its flagship abortion facility in New York City because of her “harmful connections to the eugenics movement.”