“[I]t is our wish that other organizations that promote ideologies … such as communism, be reached and combated by our laws,” Bolsonaro wrote in a Twitter statement posted on February 9 and translated from Portuguese by Infobae.

The Brazilian head of state made the remark as part of a greater denouncement of “totalitarian ideology” on Wednesday.

“Nazi ideology should be unconditionally and permanently repudiated, without exception, like EVERY totalitarian ideology that places fundamental freedoms such as the rights to life and liberty at risk,” Bolsonaro wrote on Twitter, as translated by Agence France-Presse (AFP).

Brazilian President Jair Bolsonaro once again blasted the global “hysteria” over the Chinese coronavirus in a public address Tuesday, urging his people to get back to normal life and work as soon as they possibly can. https://t.co/mzq7st1BXh

“Our wish is for other organizations that promote ideologies that preach anti-Semitism, the division of people by race or class, and that also decimated millions of innocents around the world, such as Communism, to be included and combatted by our laws, as well,” he added.

Bolsonaro’s statement came in response to comments on Nazism made by the Brazilian talk show host Bruno “Monark” Aiub on February 7 during an interview with Brazilian legislators Tabata Amaral and Kim Kataguiri on Aiub’s YouTube podcast.

Aiub argued “all ideologies should have a space in Brazil,” adding that the country “should have a Nazi party recognized by law,” AFP reported on February 10.

“The radical left has much more space than the radical right,” he said.

“If someone wants to be anti-Jewish, I think they have the right to be,” Aiub affirmed. 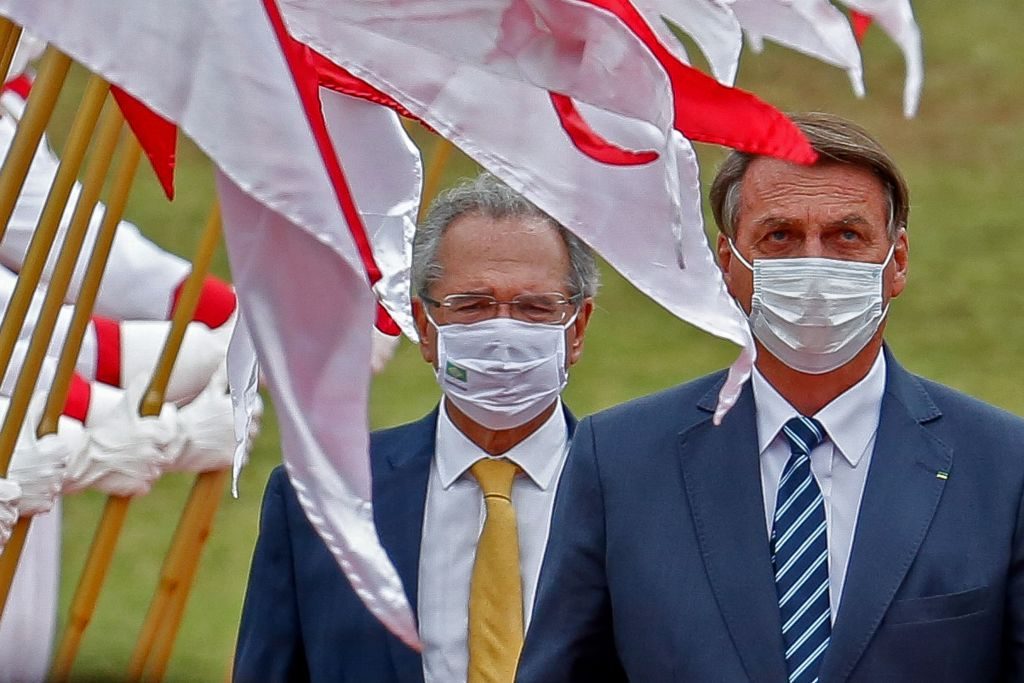 The comments prompted a tremendous backlash over the past few days. Aiub faces up to five years in prison if convicted of “defending Nazism” according to Brazilian anti-hate speech laws. Bolsonaro’s statement appeared to support this prosecution, but express hope that similar comments defending communism would face the same criminal punishment.

Aiub has already been fired from his own company, of which he owned a 50 percent stake, and seen the podcast produced by the company shut down.

Brazilian legislator Kim Kataguiri agreed with Aiub during their February 7 podcast interview, “saying he was against the criminalization of Nazism in Germany,” according to the Jerusalem Post.

“There are two types of offenses in Brazil when it comes to hate speech,” the Christian Science Monitor reported in December 2012. “Both are punishable by prison time under the 1990 law, which was passed after two decades of military dictatorship but is increasingly visible today.”

“One has to do with insults directed at a specific person based on their race, ethnicity, religion, or nationality. The second is the expression and encouragement of prejudice toward the same groups in general,” the news organization detailed.