In a brief speech in the courtyard of Laborers Union Local 300 near downtown Los Angeles, Garcetti excoriated Trump, who just one hour earlier had won a decisive victory in the Indiana primary. Trump has led most polls in California ahead of the state’s June 7 primary, as does Clinton. A poll released Monday found Clinton with a 57-38 lead over her chief rival, Vermont Sen. Bernie Sanders.

“This is a man who would set women back three decades,” the mayor said of Trump. “This is a man who — just like we saw during desegregation, when people talked about men of color coming after your women — that’s what he said about us who are people of color, Mexicans who come here, working hard, and he wants to demonize us? Not in our state, Mr. Trump.” 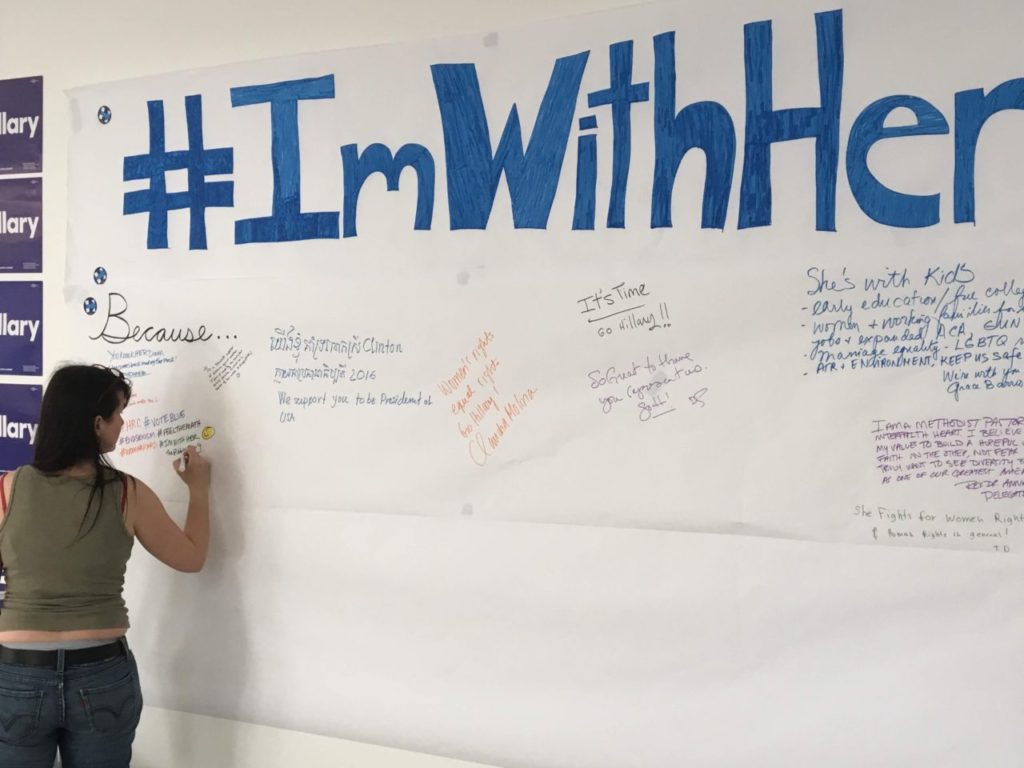 Bauman called on Californians to reject Trump’s “sexism, misogyny and racism,” while Huerta implored the GOP candidate to recognize that labor “is not a special interest.”

“It is very shameful and I think it’s kind of sad that Donald Trump has never had to work a day in his life,” Huerta said, calling Clinton “the most qualified candidate” in the race.

Meanwhile, outside the building, a small group of Sanders supporters held signs reading, “Viva Bernie!” and “Deport Her!” 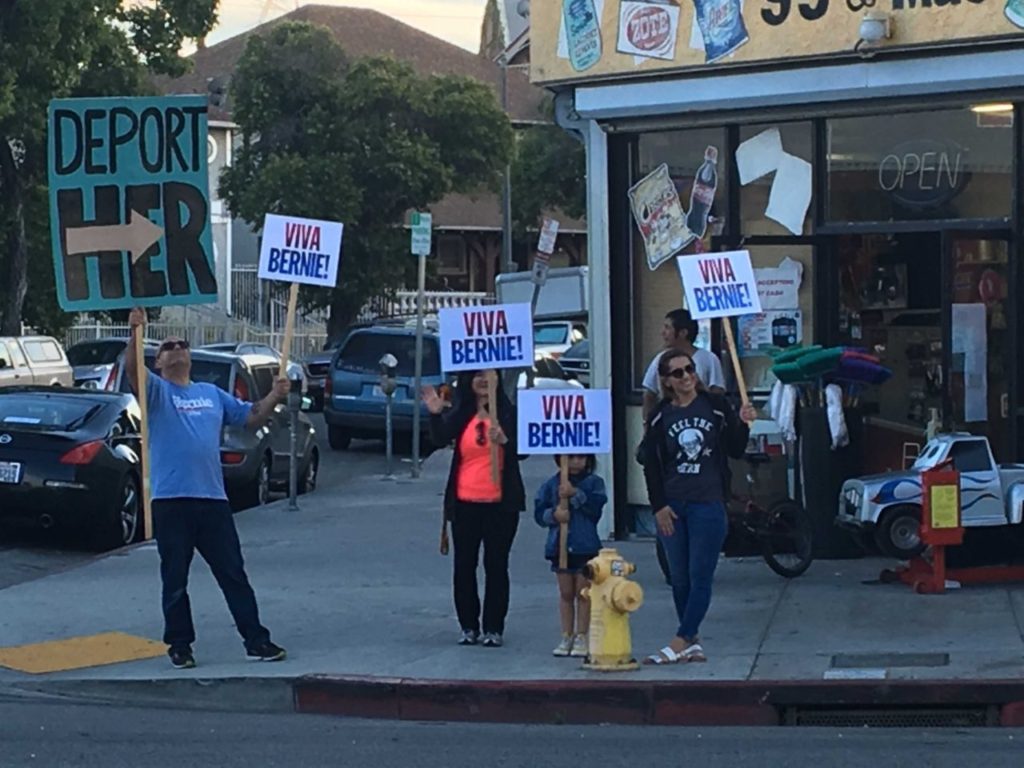 The opening of Clinton’s Los Angeles headquarters comes as the Democrat presidential frontrunner is set to kick off a week of campaigning in the Golden State. On Thursday, Clinton will host a rally at East Los Angeles College before heading to a pair of fundraisers in the evening, while top Clinton aide Huma Abedin will be the guest of honor at another event that night.