Stoudemire, who was in Israel attending the Forbes Under 30 Global Summit, has always maintained that he has Hebrew roots and sees the Torah as part of an ancestral record of African-Americans.

Converting, he said, would allow him to immerse himself in Torah studies.

“Converting gives you an opportunity to truly take time out to become a student of the Torah, a biblical student, which is what I always wanted,” Stoudemire told Breitbart.

When asked how he would fit in conversion studies with all his other commitments, including managing a fashion line, record label and authoring children’s books, the 35-year-old said, “You’ve got to find time for the things that are more important.”

“And this would be the top of my list of the things that are most important right now,” he added.

Last month, Stoudemire told HBO sports reporter Jon Frankel at an event at Harvard University that he is “in the process” of converting.

However, according to the report, Stoudemire said he was converting “simply to get acclimated to the culture in Israel and also to apply for citizenship.”

Stoudemire told Breitbart that he “would love” to do the conversion in Israel. 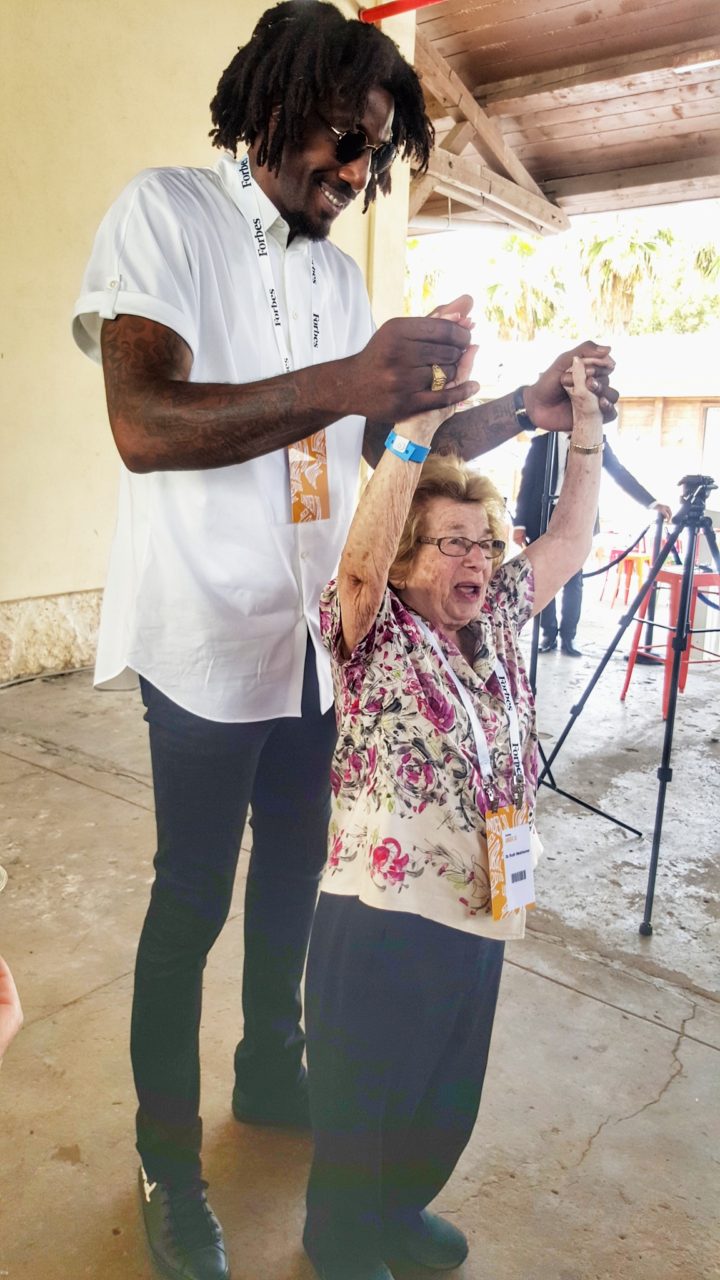 He left the country last year after playing a year for Hapoel Jerusalem, a basketball team he partly owns.

He said that while he was “sad to leave” he was happy to have have left on a high note after his team won the BSL championship, the country’s premier basketball league.

Stoudemire, who addressed 700 young entrepreneurs at the Forbes summit in Tel Aviv, said there was a possibility he would return to Israel next year to resume playing for Hapoel Jerusalem.

“It’s always a beautiful thing to come back to the holy land, it’s a special place for me,” he said.

“It’s definitely possible that I’ll come back next year,” he stated, adding that he still had a year left on his contract with the club.

“I loved every minute of living here and I truly embraced the entire culture,” he said.

His connection to Israel began when he was a young boy hearing biblical stories from his mother.

Does his love for Israel surpass his love of basketball?

“Basketball was my love since birth,” he said, laughing. “Over time Israel developed to be the same, equal amount of love.”

On the occasion of Israel’s 70th anniversary, the former Knicks player marveled at the “accomplishment of the country to grow as much as it has.”

“It’s a multicultural land that’s it’s beautiful to be a part of,” he added.

Stoudemire is slated to return to the U.S. on Saturday night, a few days before the official inauguration of the relocated American embassy in Jerusalem on May 14.

“I’d love to be there for that,” Stoudemire said.

Asked if he has any advice for Israelis amid increased threats from Iran, Stoudemire was philosophical.

“I’m not a politician, but everyone has haters,” he said. “You just got to continue to stay positive, stay righteous and move forward.”