Hungarian Prime Minister Viktor Orban on Friday ended a brief, highly successful trip to Israel with a visit to a major Jewish shrine in Jerusalem.

Donning a dark hat in accordance with Jewish practice, Mr. Orban arrived at the Western Wall – the holiest place at which Jews are allowed to pray – accompanied by its rabbi Shmuel Rabinowitz.

In keeping with tradition, Mr. Orban placed a note in a crack between the wall’s massive stones that Jews believe were a supporting wall of the Biblical second temple.

His visit was symbolic because some of Judaism’s holiest sites are located in the West Bank and eastern Jerusalem, including the Temple Mount and the Western Wall in Jerusalem; the Tomb of the Patriarchs and Matriarchs in Hebron; and Joseph’s Tomb in Nablus. 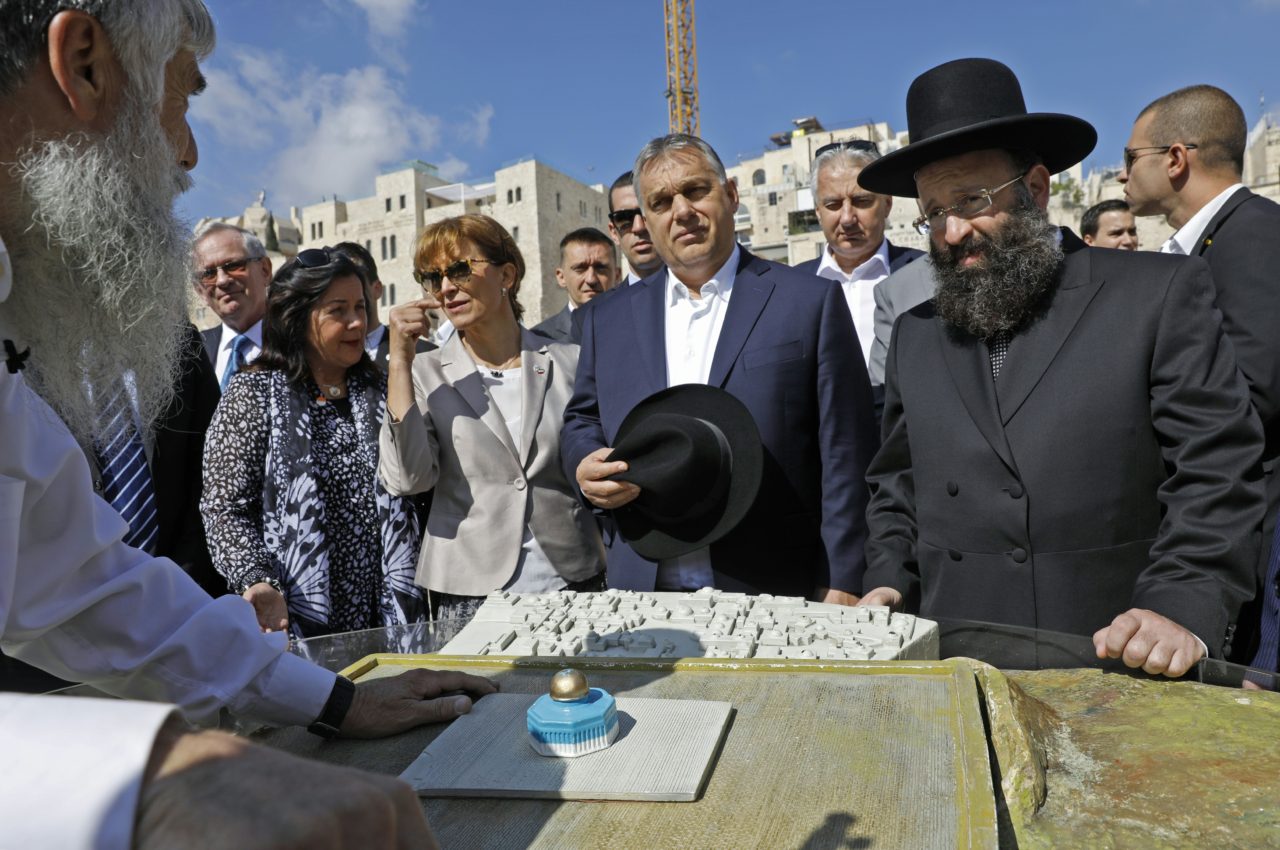 The trip has been hailed a success by both Hungary and Israel after Israeli Prime Minister Benjamin Netanyahu described the Hungarian as a “true friend of Israel” at a press conference to kick off the visit, as Breitbart London reported.

“[Prime Minister Orbán’s] visit will promote the good bilateral relations as expressed, inter alia, by Hungary’s support of Israel’s position in European and international fora and by emphasizing the importance of the continued struggle against anti-Semitism,” the ministry noted in an official statement.

Mr. Netanyahu also extended his praise to all the Visegrad group, which includes Hungary, Poland, Slovakia and the Czech Republic, and whose strong stances on immigration have been a thorn in Brussels’ side. 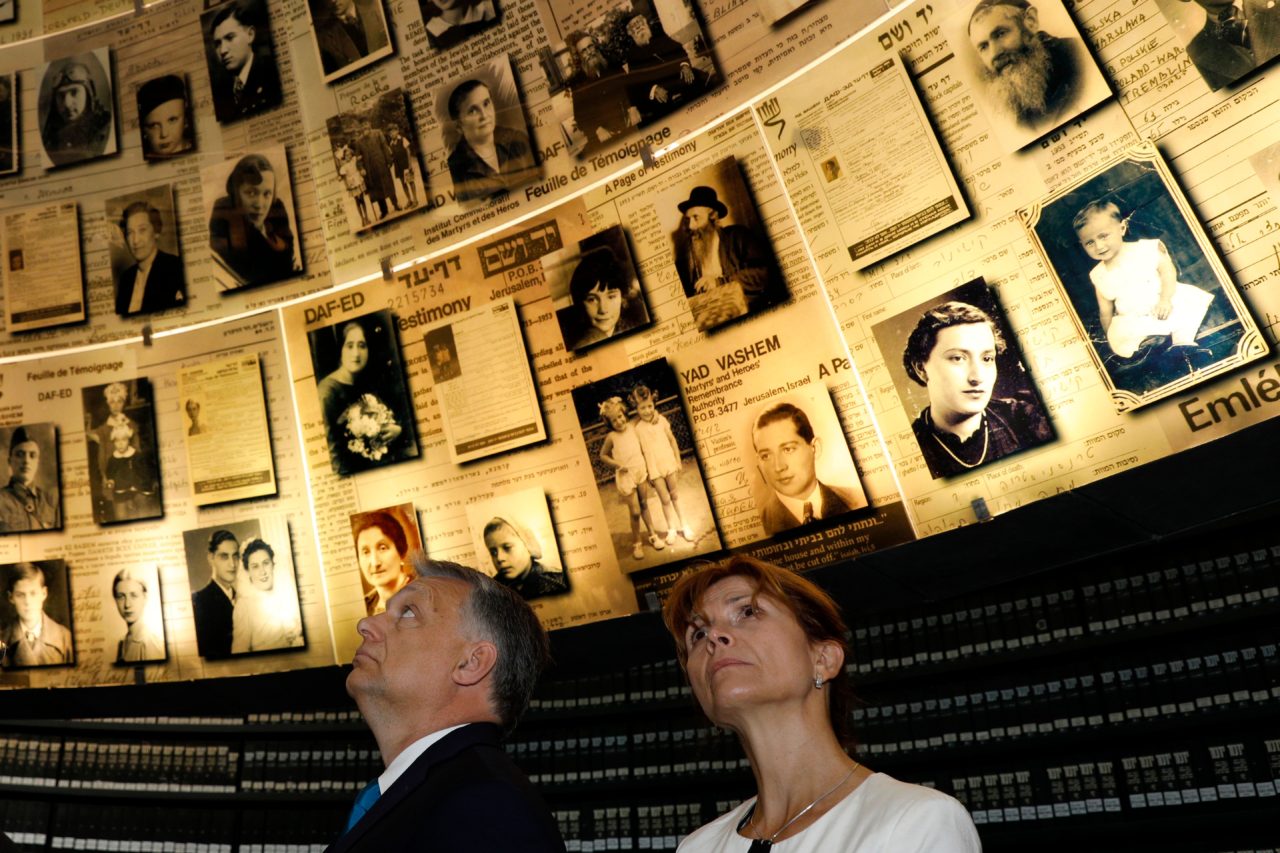 Hungarian Prime Minister Viktor Orban and his wife Aniko Levai (R) look at pictures of Jewish Holocaust victims at the Hall of Names on July 19, 2018 during his visit to the Yad Vashem Holocaust Memorial museum in Jerusalem commemorating the six million Jews killed by the German Nazis in World War II.  (GALI TIBBON/AFP/Getty Images)

The Hungarian leader hosted Mr. Netanyahu in Budapest last year, and was praised by his Israeli guest for being “at the forefront of the states that are opposed to… anti-Jewish policy”, and expressed “the appreciation of my government and many people in Israel for this”.

Budapest believes the Israel visit is “an important step in dispelling the charges of anti-Semitism in Hungary and the Orbán Government.”

The trip by Mr. Netanyahu was the first to Budapest by an Israeli prime minister since the fall of Communism in 1989.