Israeli and U.S. leaders can expect a “devastating” response from Iran in the wake of the attack that killed 25 in the southern city of Ahvaz,  the deputy head of Iran’s Revolutionary Guards Hossein Salami warned Sunday.

Speaking before the funeral of the victims,  he accused Israel and the U.S. of complicity in the attack on a military parade Saturday that wounded more than 60 people as well as claiming the known fatalities.

“You have seen our revenge before … You will see that our response will be crushing and devastating and you will regret what you have done,” Hossein Salami said in a speech broadcast live on Iran state television. 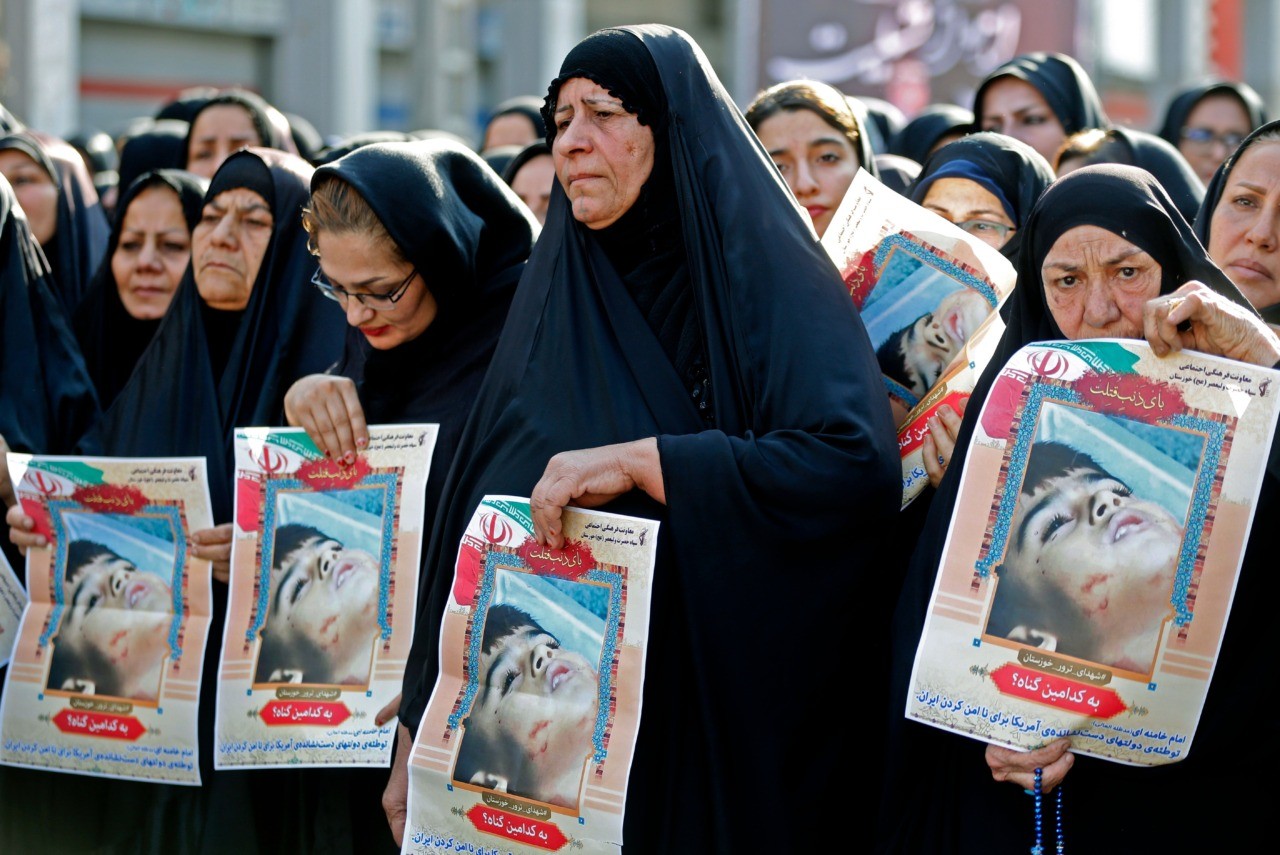 Iranian women hold images of one of the victims during a public funeral ceremony for those killed during an attack on a military parade on the weekend, in the southwestern Iranian city of Ahvaz on September 24, 2018. (ATTA KENARE/AFP/Getty Images)

As he spoke the crowd chanted, “Death to America” and “Death to Israel.”

Saturday’s attack, in which militants disguised as soldiers opened fire on an annual Iranian military parade in Ahvaz, was the deadliest attack in the country for almost 10 years.

Women and children scattered along with once-marching Revolutionary Guard soldiers and bandsmen as heavy gunfire rang out, the chaos captured live on state television.

The intelligence minister, Mahmoud Alavi, said a large network of suspects had already been arrested in connection with the attack, the judiciary’s news agency Mizan reported without giving further details. 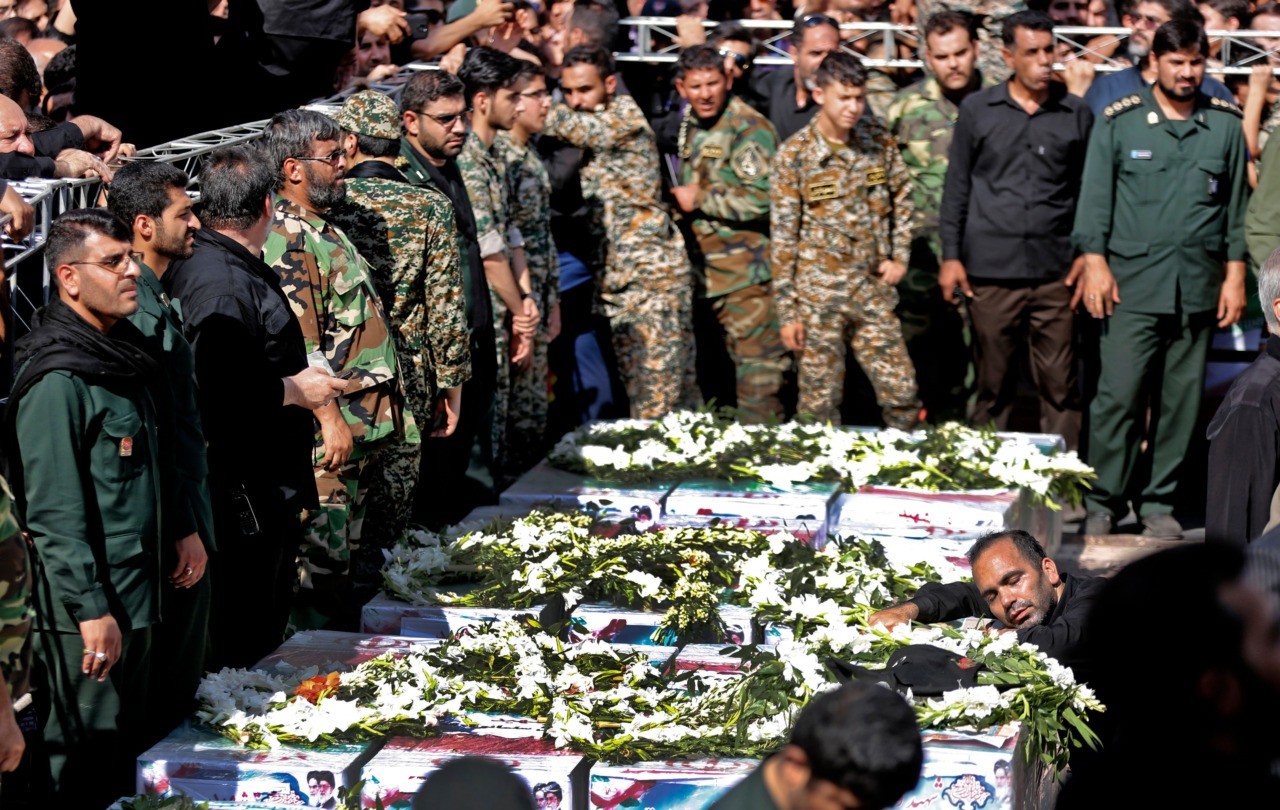 Iranian military mourn over the bodies during a public funeral ceremony for those killed during an attack on a weekend parade. (ATTA KENARE/AFP/Getty Images)

Also all governmental organizations, banks, schools and universities in southeastern Khuzestan province will be closed for 24-hours.