A human stampede of Shiite Muslim pilgrims at a major shrine in the Iraqi city of Karbala claimed 16 lives on Tuesday and left dozens more injured, the health ministry said.

The shrine stands around 100 kilometres (60 miles) south of Baghdad, said spokesman Saif al-Badr, stressing that the toll was not final among those who were there to mark the holy day of Ashura.

It is the deadliest stampede in recent history during Ashura, when Shiite pilgrims from around the world swarm Karbala to commemorate the death of Mohammed’s grandson.

According to Shiite belief, Imam Hussein went knowingly to his death at the hands of Yazid’s forces in what is now Iraq in a bid to expose the corruption and irreligiosity of his rule. 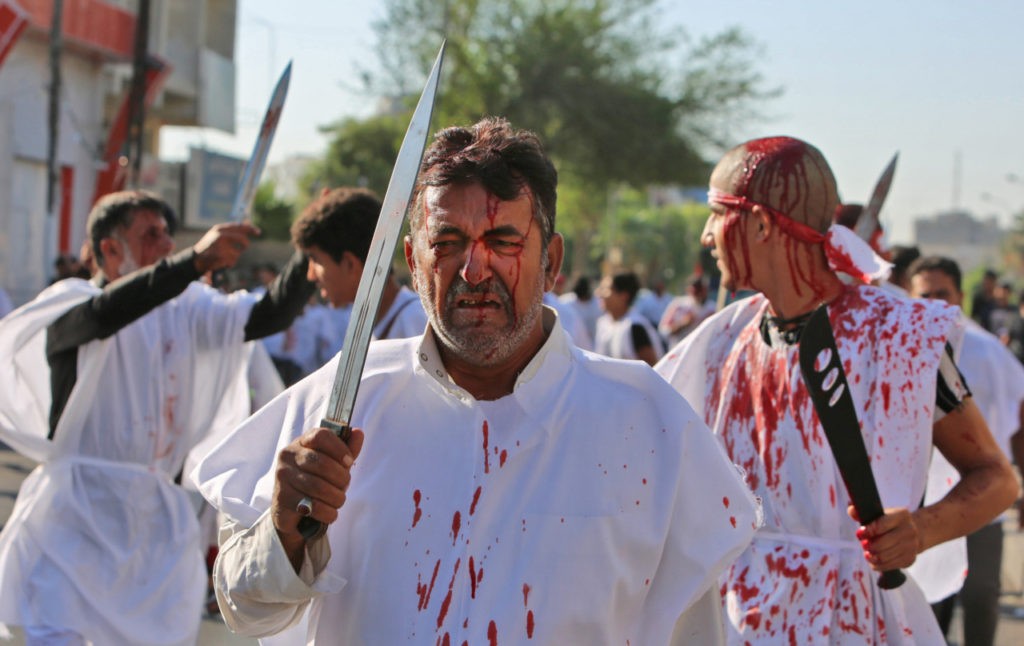 Iraqi men flagellate themselves with swords during the mourning procession on the tenth day of Muharram which marks the day of Ashura, in the Iraqi capital Baghdad on September 10, 2019. (SABAH ARAR/AFP/Getty Images)

This ideal of self-sacrifice is a key tenet of Shiite Islam to this day, inspiring followers to give their lives for causes.

Packed processions of black-clad worshippers made their way to his gold-domed shrine in Karbala before the stampede, carrying black flags with “Hussein” written in red while weeping and beating their chests in mourning.

In 2005, at least 965 pilgrims heading to the Imam Kadhim shrine in Baghdad during a different holiday died after rumours of a suicide bomber in the crowd sparked a mass stampede. 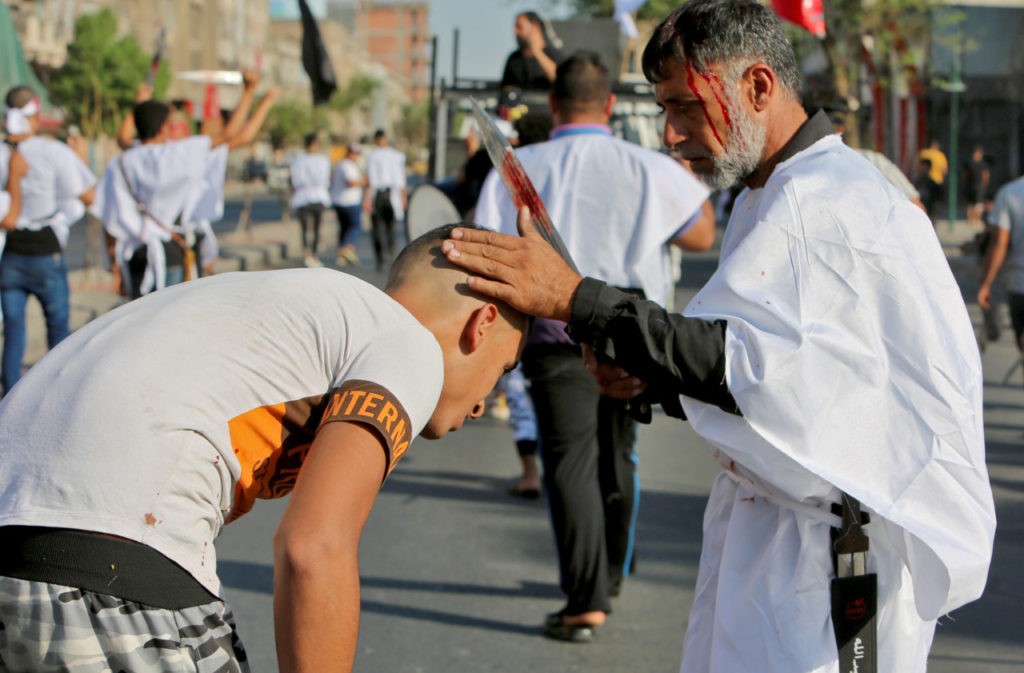 An Iraqi man cuts the forehead of another with a sword during the mourning procession on the tenth day of Muharram which marks the day of Ashura, in the Iraqi capital Baghdad on September 10, 2019. (SABAH ARAR/AFP/Getty Images)