Turkish President Recep Tayyip Erdogan vowed Monday to keep the doors open for migrants heading for Europe, promising he will not hinder anyone heading for the border with Greece.

He warned Europe that it will have prepare to shoulder its part of the migrant “burden.”

“After we opened the doors, there were multiple calls saying ‘close the doors’,” he said. “I told them ‘it’s done. It’s finished. The doors are now open. Now, you will have to take your share of the burden’.”

Some 13,000 migrants, including Afghans, Syrians and Iraqis, massed at Turkey’s border with Greece over the weekend after Erdogan announced Turkey would no longer prevent them from heading towards Europe’s hearland.

The move follows years of threats made by Erdogan to punish Europe for not furnishing his Islamist government with money and political support by opening Turkey’s borders — behind which are 3.5 million or more migrants waiting to travel to head west. 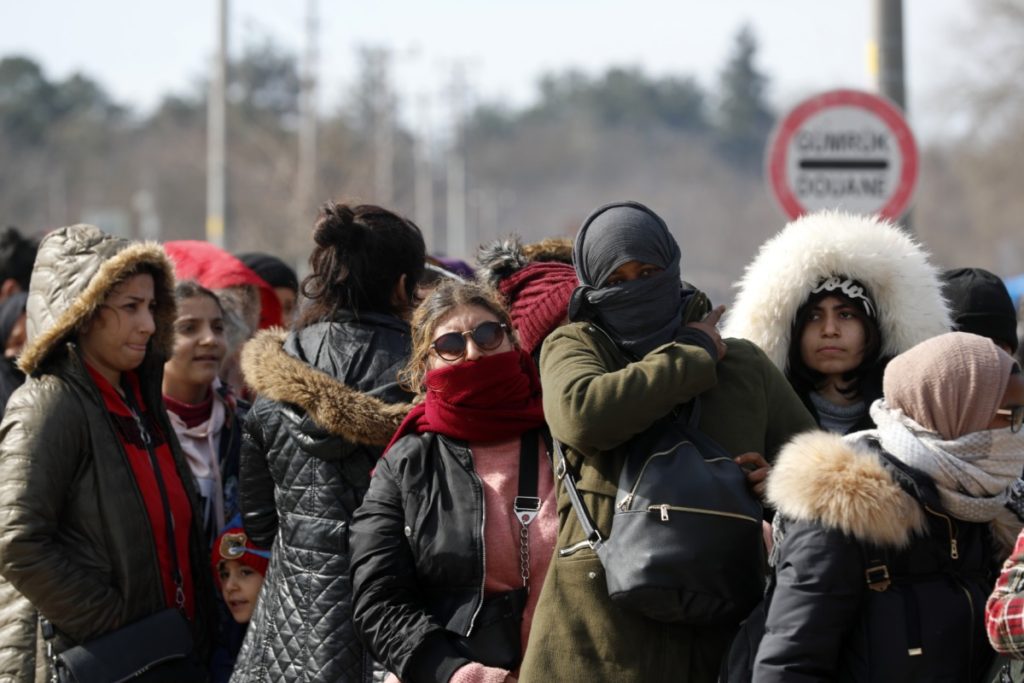 Migrants gather near the Pazarkule border gate in Edirne, at the Turkish-Greek border on Monday, March 2, 2020. Thousands of migrants and refugees massed at Turkey’s western frontier, trying to enter Greece by land and sea after Turkey said its borders were open to those hoping to head to Europe. (AP Photo/Darko Bandic)

As Breitbart London reported, tensions at the border with Turkey began rising as thousands of migrants arrived at the frontier on unmarked buses and state-owned railways.

Greek prime minister Kyriakos Mitsotakis announced on Sunday evening that all asylum applications are being suspended in response to the crisis, and “the level of deterrence at our borders [has been increased to the maximum.”

E.U. foreign ministers are due to meet this week at the request of Greece to discuss the situation, amid fears of a repeat of the refugee influx that poisoned European politics in 2015.

Athens is to boost patrols of its land and sea borders in the north-east and was also suspending consideration of asylum applications by those who entered the country illegally, said Greek government spokesman, Stelios Petsas.