KYIV, Ukraine (AP) — Ukraine on Tuesday marked the 79th anniversary of the Babi Yar massacre, one of the most infamous mass slaughters of World War II.

Babi Yar, a ravine in the Ukrainian capital of Kyiv, is where nearly 34,000 Jews were killed within 48 hours in 1941 when the city was under Nazi occupation. The killing was carried out by SS troops along with local collaborators.

Ukrainian President Volodymyr Zelenskiy visited the Babi Yar monument on Tuesday and took part in a ceremony commemorating the anniversary of the tragedy.

“Seventy-nine years ago, a black page was inscribed in the common past of the Ukrainian and Jewish people. We bow our heads before all the victims of Babi Yar. And we have no right to forget these terrible crimes,” Zelenskiy said in a statement.

After the ceremony, Ukraine’s Minister of Culture Olexandr Tkachenko and World Jewish Congress President Ronald S. Lauder signed a memorandum of understanding and cooperation between the Ukrainian government and the Babyn Yar Holocaust Memorial Center. 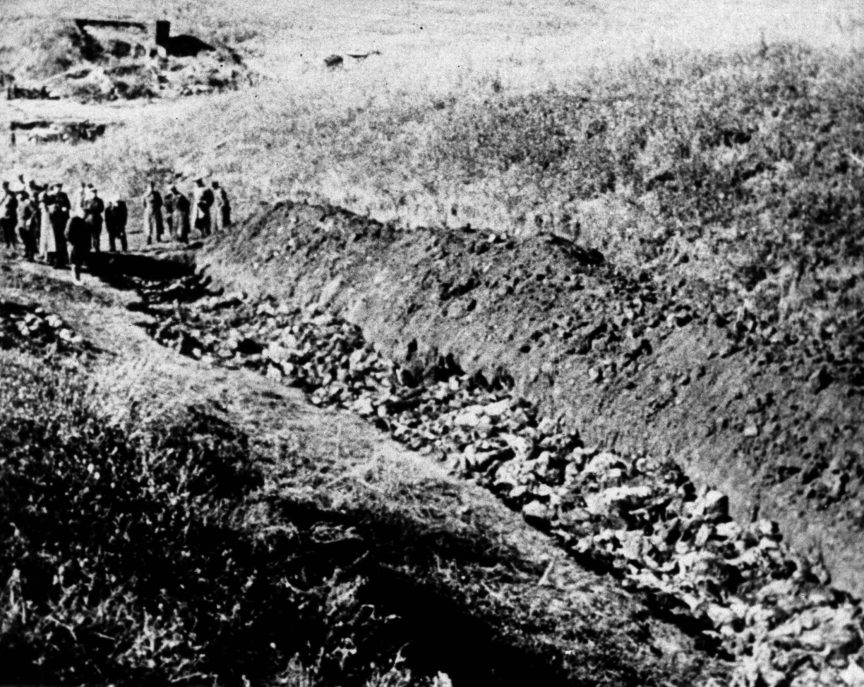 This a 1944 file photo of part of the Babi Yar ravine at the outskirts of Kiev, Ukraine where the advancing Red Army unearthed the bodies of civilians killed by fleeing Nazis, 1944.  (AP Photo, file)

The center, where Lauder is a member of the board, plans to open a museum in Kyiv dedicated to the tragedy and unveil it in 2025-2026, according to the center’s website.

“The parties to the memorandum called for joint efforts of Ukrainian society, the state, the international community and organizations researching and studying the Holocaust and the tragedy of Babi Yar, aimed at preserving and restoring historical memory, so that it becomes a constant reminder of the price people pay for peace,” Zelenksiy’s office said.

“We show the world here today that we will work together to stop this age-old hatred and to remember,” he said. 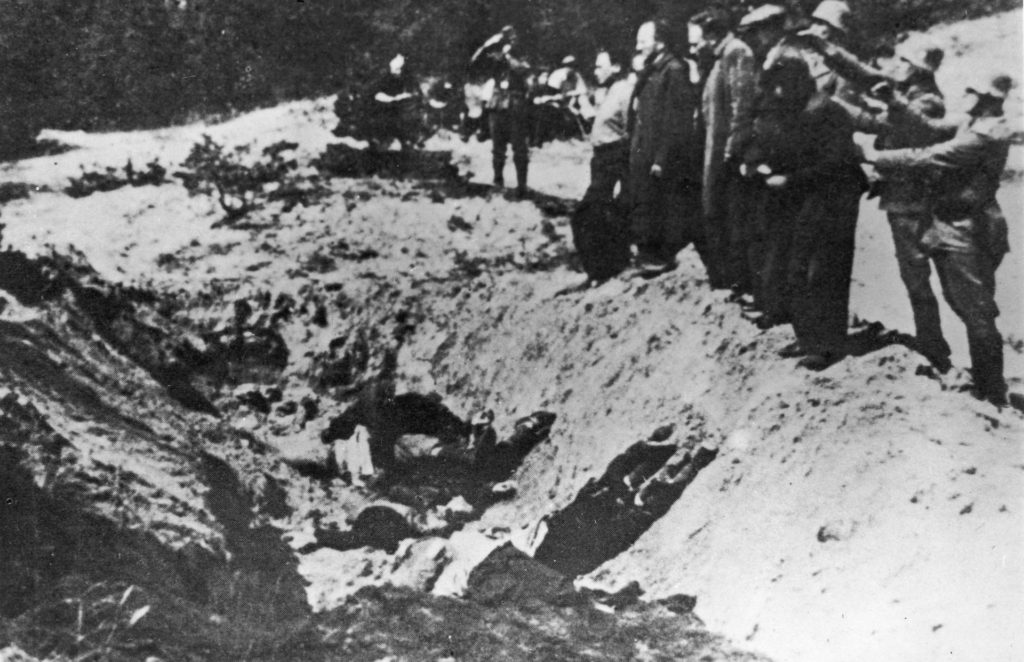 Nazi SS Special Commanders line up Kiev Jews to execute them with guns and push them in to a ditch, already containing bodies of victims, the Babi Yar Massacre, World War II. (Hulton Archive/Getty)