Israel came to a standstill on Wednesday morning with a two-minute memorial siren at 11 a.m. commemorating 23,928 fallen soldiers and terror victims, including 43 soldiers and civilians killed since last Memorial Day. 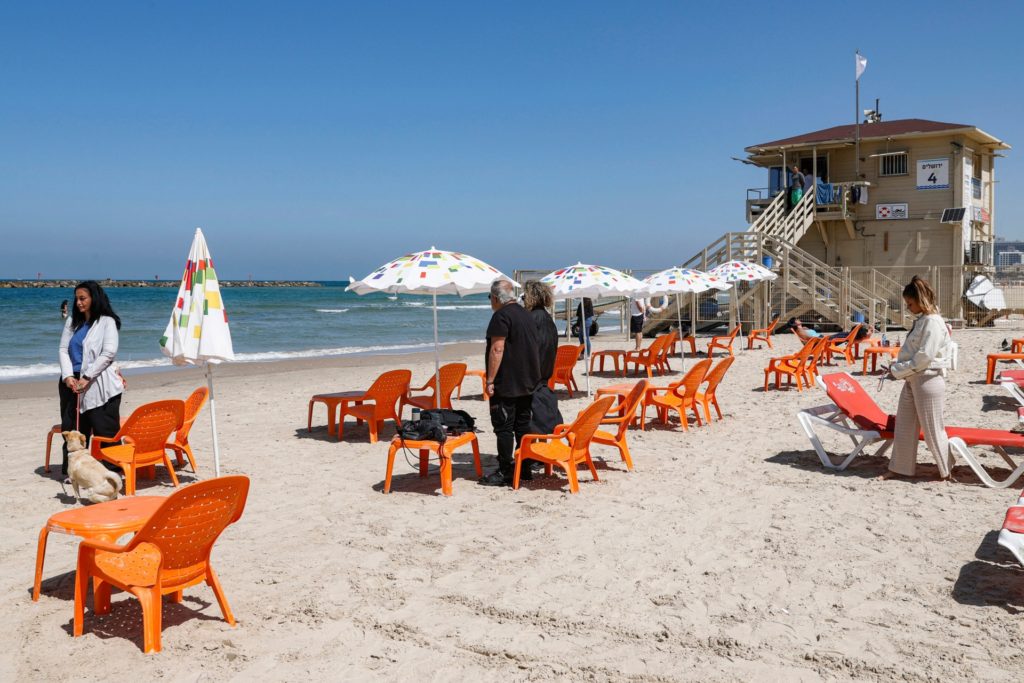 People on a beach in the Israeli Mediterranean coastal city of Tel Aviv stand still as they observe a two-minute period of silence in tribute to fallen soldiers during Yom HaZikaron (Remembrance Day) on April 14, 2021. (JACK GUEZ/AFP via Getty Images)

Bereaved families attended a ceremony and visited the graves of their loved ones in the Mount Herzl military cemetery in Jerusalem on Wednesday morning.

“Together we stand, united and hurting, alongside all of Israel’s citizens,” Netanyahu said according to a translation of his remarks by The Times of Israel. “We have raised excellent sons and daughters, who for 73 years have been risking their lives to protect Israel’s independence. Seventy-three years of grief, 73 years of revival.” 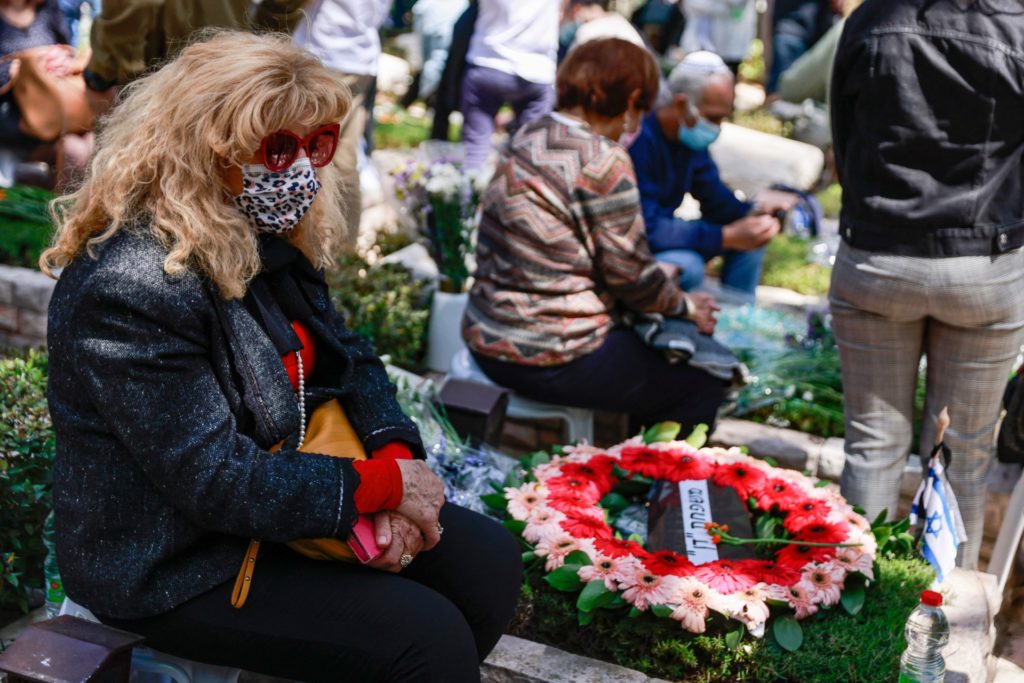 A mourner sits by the grave of a loved one at the Mount Herzel military cemetery in Jerusalem during Yom HaZikaron (Israel’s Remembrance Day for fallen soldiers) on April 14, 2021. – Israel annually marks Yom HaZikaron to commemorate 23,928 fallen soldiers and fighters since 1860, just before the celebrations marking the Jewish State’s 73rd anniversary, according to the Jewish calendar. (MENAHEM KAHANA/AFP via Getty Images)

“Each one of us remembers the moment when they received the news about their fallen loved ones,” added the premier, who lost his brother Yoni in Operation Entebbe in 1976. “When my brother died, I didn’t know whether and how I would get back on my feet. I felt like someone who lost an organ — a hand, a leg, a heart.”

In 2020, the year of the pandemic, only three Israelis were killed in terror attacks–by far the smallest number in any year of Israel’s existence. 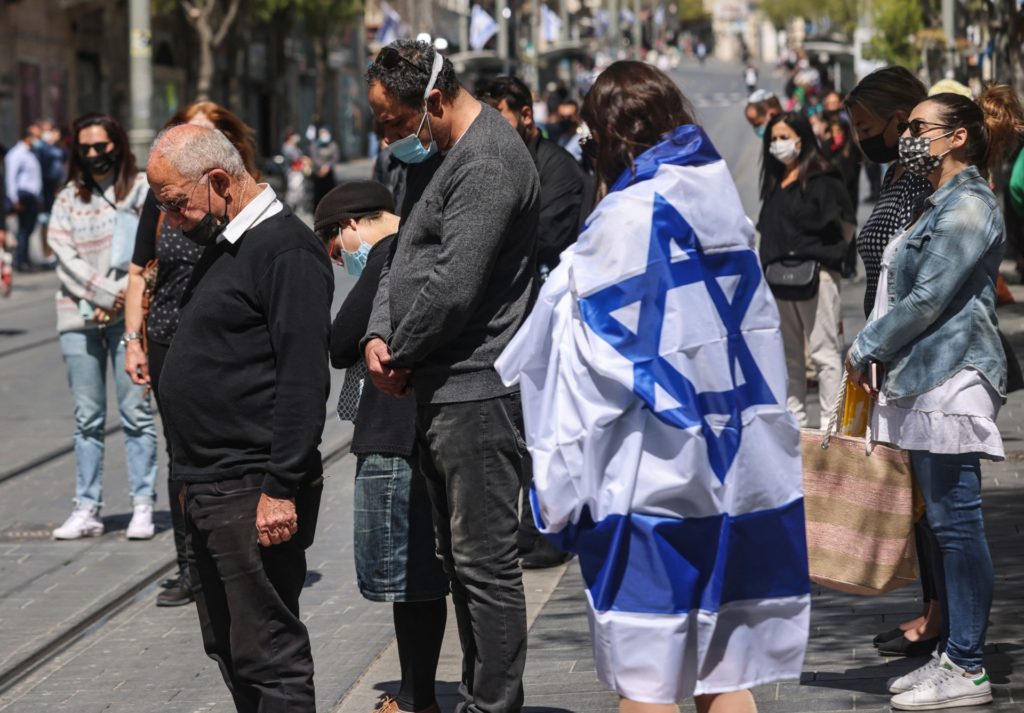 People stand still, some with Israeli flags, along Jaffa Street in the centre of Jerusalem as they observe a two-minute period of silence in tribute to fallen soldiers during Yom HaZikaron. (EMMANUEL DUNAND/AFP via Getty Images)