Senator Rick Scott (R-FL) has pledged if the Republicans gain control of Congress next year, anti-boycott laws against Israel could pass on the federal level.

The Boycott, Divestment and Sanctions (BDS) movement encourages antisemitism as well as Palestinian terrorism. Dozens of states have passed laws divestment from companies that boycott Israel. However, the buck has stopped at the federal level, over objections from Democrats who claim that it infringes on free speech rights.

Scott told the Times of Israel at a Republican Jewish Coalition conference, “I think what’ll happen is we’ll finally get BDS legislation passed out of both the House and Senate.”

Pelosi, he said, “has been talking about this for nine years and hasn’t done anything about it.”

Scott admitted that it wasn’t clear whether President Joe Biden would actually sign any such legislation, even if the GOP did manage to get it through Congress after the 2022 midterm, the report said. 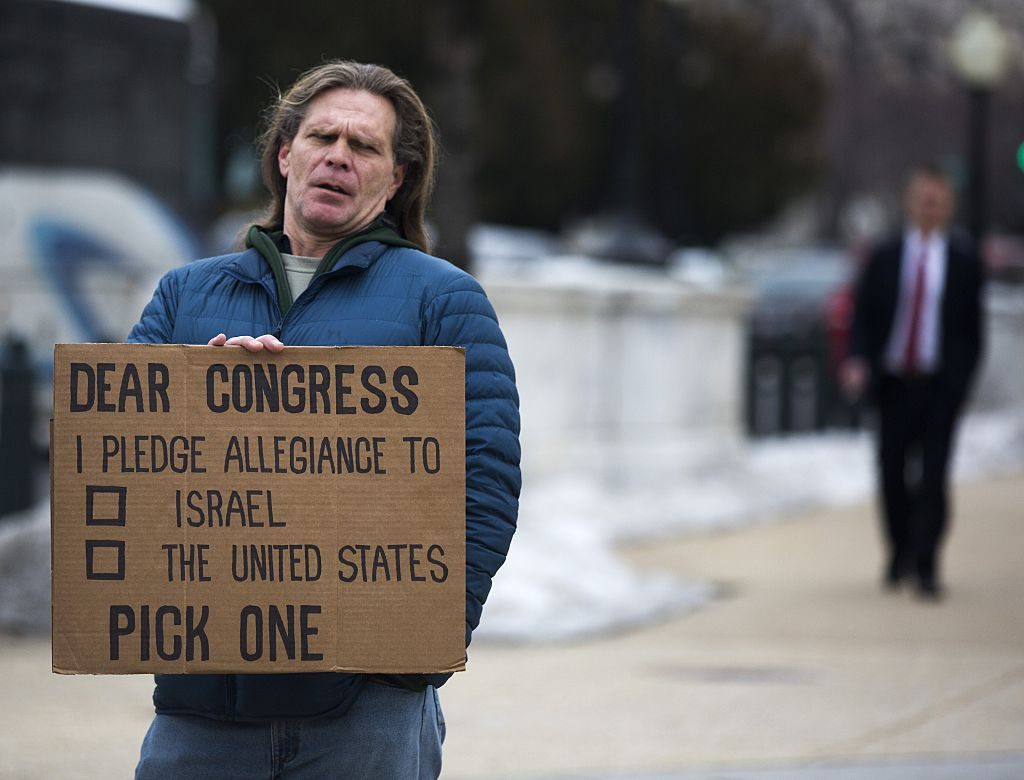 An anti-Israel protester holds a sign during a demonstration near Capitol Hill. (Andrew Caballero-Reynolds/AFP via Getty Images)

The Florida senator also claimed that GOP control of Congress would cement legislation calling for funding for Israel’s Iron Dome missile defense system, preventing a repeat of what occurred in September when the so-called Squad of progressive Democrats managed to postpone a vote on the bill.

In his speech at the RJC, Scott denounced the Democratic Party of “not car[ing] about Israel.”

“I think what we ought to be talking about is Republicans are united. We support Israel,” he told the Times.

Senator Ted Cruz (R-Texas) also spoke at the event, and claimed “the safety and security of Israel has been profoundly jeopardized under the Biden-Harris administration.”

According to Cruz, Biden’s policy of resuming ties with the Palestinian Authority as well as his plan to return to the tattered nuclear deal with Iran are undoing all the progress the Trump administration made in the region.

“We should not be funding an organization that funnels vast amounts of money to terrorists as bounty for murdering Israelis and Americans,” he said, referring to the Ramallah government.