A Downing Street spokeswoman said Truss informed Lapid “about her review of the current location of the British Embassy in Israel” during their meeting at the United Nations, according to British media reports.

Lapid thanked Truss on Twitter for considering the move, and added, “We will continue to strengthen the partnership between the countries.”

The Prime Minister expressed his deepest condolences, on his own behalf and on behalf of the people of Israel, on the passing of Her Majesty Queen Elizabeth II. pic.twitter.com/hFVHOUhnuc

Lapid last month praised Truss as a “great friend of Israel” when she took up her premiership post.

She committed to considering the move in August, telling the Conservative Friends of Israel she understood the “importance and sensitivity” over the embassy’s location.

“I’ve had many conversations with my good friend Prime Minister Lapid on this topic. Acknowledging that, I will review a move to ensure we are operating on the strongest footing within Israel,” she wrote.

The U.S. became the first country to relocate its embassy from Tel Aviv to Jerusalem under former President Donald Trump. Guatemala, Honduras, and Kosovo also have their embassies in Jerusalem. 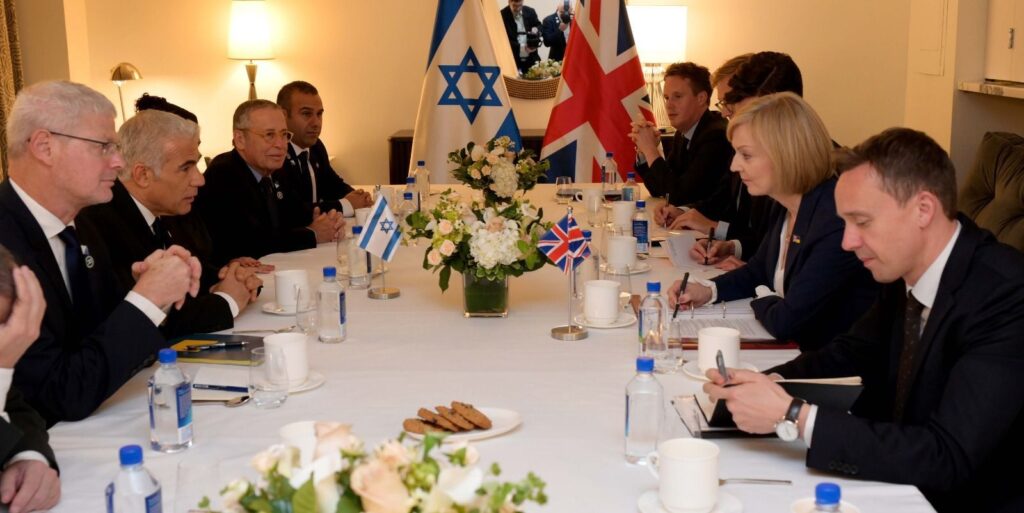 During their meeting, Lapid told Truss that no more compromises should be offered to Tehran over the nuclear deal.

Lapid “emphasized that Israel’s expectation is the advancement of a longer and stronger deal that will provide a response to the full range of threats stemming from Iran,” a statement from his office said.

Israel’s leader also expressed his condolences over the death of Queen Elizabeth II, the readout said.