Part 14 of a serialization of Shariah – The Threat to America, the report of Team B II of the Center for Security Policy.

Here, we look at the contents of the secret Muslim Brotherhood strategic plan for North America, which the FBI uncovered in 2004. The plan explains how the Ikhwan seeks to extend shariah into the United States and Canada.

The Muslim Brotherhood’s strategic plan for North America was a closely-held secret until the FBI discovered it during a 2004 raid of a house in Annandale, Virginia. Agents discovered a secret basement containing internal Ikhwan documents, including the strategic plan titled, “An Explanatory Memorandum: On the General Strategic Goal for the Group.”

The strategic plan was written by a member of the Board of Directors for the Muslim Brotherhood in North America and senior Hamas leader named Mohammed Akram, and was approved by the Brotherhood’s Shura Council and Organizational Conference in 1987.

The plan establishes the mission of the Muslim Brother in North America in this following passage:

“The process of settlement is a ‘Civilization-Jihadist Process’ with all the word means. The Ikhwan must understand that their work in America is a kind of grand jihad in eliminating and destroying the Western civilization from within and ‘sabotaging’ its miserable house by their hands and the hands of the believers so that it is eliminated and God’s religion is made victorious over all other religions.”

In other words, the Ikhwan’s strategy for destroying the United States is to get us, specifically our leadership, to do the bidding of the MB for them. The Muslim Brotherhood intends to conduct Civilization Jihad by co-opting our leadership into believing a counterfactual understanding of Islam and the nature of the Muslim Brotherhood, thereby coercing these leaders to enforce the MB narrative on their subordinates. 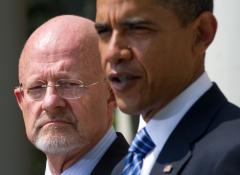 At the ground level, this means that when police officers, federal agents, military personnel, or any other Americans who have sworn an oath to protect and defend the Constitution challenge their leadership with facts, the latter is faced with a hard choice: admit a lack of understanding of the threat and that he or she has been duped, or the leader must suppress the facts and his subordinates in the interest of protecting his or her professional reputation.

Extensive anecdotal evidence obtained from law enforcement professionals, federal agents, and military service members suggests that there is considerable suppression of the facts about shariah and efforts by the Muslim Brotherhood and its allies to bring it to America. This behavior frequently impedes ongoing investigations and countervailing efforts.

For instance, police officers in a number of communities around the country have been pushed out of their Joint Terrorism Task Force (JTTF) or counterterrorism positions by their chiefs or deputy chiefs for factually articulating that certain MB operatives working with their police leadership are, in fact, hostile to the United States and the police department in question. A similar phenomenon has also been evidenced within the FBI, the Department of Homeland Security and other federal, as well as state and local, entities. That is what is meant by “‘sabotaging’ Western Civilization by ‘their hands.”‘

We know from, among other things, the Elbarasse trove of MB documents, that the goal of destroying Western Civilization from within is to be achieved by the Brotherhood in accordance with a “phased plan.”

The plan is a stepped process modeled directly after Sayyid Qutb’s Milestones and the shariah doctrine of progressive revelation. One such document is an undated paper entitled, “Phases of the World Underground Movement Plan.” It specifies the five phases of the Muslim Brotherhood Movement in North America.

They are described, together with comments about the Ikhwan’s progress in realizing each goal as follows:

“Phase One: Phase of discreet and secret establishment of leadership.

“Phase Two: Phase of gradual appearance on the public scene and exercising and utilizing various public activities (It greatly succeeded in implementing this stage). It also succeeded in achieving a great deal of its important goals, such as infiltrating various sectors of the Government. Gaining religious institutions and embracing senior scholars. Gaining public support and sympathy. Establishing a shadow government (secret) within the Government.

“Phase Three: Escalation phase, prior to conflict and confrontation with the rulers, through utilizing mass media. Currently in progress.

“Phase Four: Open public confrontation with the Government through exercising the political pressure approach. It is aggressively implementing the above-mentioned approach. Training on the use of weapons domestically and overseas in anticipation of zero-hour. It has noticeable activities in this regard.

“Phase Five: Seizing power to establish their Islamic Nation under which all parties and Islamic groups are united.”

This document offers a chilling operational insight into the mindset, planning, and vision of the Islamic movement in North America.

The Implementation of Shariah by the Muslim Brotherhood

The Elbarasse archives and close observation of the Brotherhood’s operations reveal the following as the most important of the techniques employed by the Ikhwan in America to achieve the seditious goals of its civilization jihad:

• Expanding the Muslim presence by birth rate, immigration, and refusal to assimilate;

• Controlling the language we use in describing the enemy;

• Ensuring we do not study their doctrine (shariah);

• Employing lawfare – the offensive use of lawsuits and threats of lawsuits;

• Demanding the right to practice shariah in segregated Muslim enclaves;

• Confronting and denouncing Western society, laws, and traditions; and

• Demanding that shariah replace Western law. Note that many of the foregoing techniques entail, in one way or another, influencing and neutralizing the American government at all levels.

The next section, Part 15, is a case study of Muslim Brotherhood penetration of the United States government.