This week marks the anniversary of an epic event that’s no longer commonly known but which nonetheless shaped the future of the Western world, and which may still hold inspiration for the West today.

After the death of the Muslim prophet Mohammed in 632, Islam spread like a bloody tide throughout the Arabian peninsula, north to the Caspian Sea and east through Persia and beyond, westward through Egypt and across North Africa all the way to the Atlantic Ocean. From there it crossed the Straits of Gibraltar to make all of the Iberian peninsula, or al-Andalus, Islamic. In a mere one hundred years, Mohammed’s aggressive legacy was an Islamic empire larger than Rome’s had ever been. 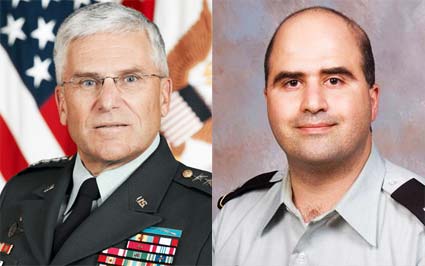 The Battle of Tours

By 732 that Roman empire had devolved into a patchwork of warring barbarian tribes. When Abd-ar-Rahman, the governor of al-Andalus, crossed the Pyrenees with the world’s most successful fighting force and began sweeping through the south of what would become France toward Paris, there was no nation, no central power, no professional army capable of stopping them.

Except one – led by the Frankish duke Charles, the eventual grandfather of Charlemagne. His infantrymen, as Victor Davis Hanson puts it in a fascinating chapter of Carnage and Culture, were “hardened veterans of nearly twenty years of constant combat against a variety of Frankish, German, and Islamic enemies.” Hanson writes that the Roman legions had crumbled “because of the dearth of free citizens who were willing to fight for their own freedom and the values of their civilization.” But Charles had such spirited warriors under his command.

Sometime in late October (the exact date is disputed), on the road between Poitiers and Tours (and thus it is sometimes called the Battle of Poitiers) less than 175 miles from Paris, Abd-ar-Rahman arrayed his cavalry against the solid block of Frankish footsoldiers, which at 30,000 was by some estimates half the size of the Arab and Berber army.

The opposing forces sized each other up for a full week. And then on Saturday morning Abd-ar-Rahman ordered the charge. But his army, which consisted mostly of cavalry and which counted on speed, mobility, and terror to defeat dying empires and undisciplined tribes, could not splinter the better-trained and better-armed Frankish phalanx. At the end of the day’s carnage, both sides regrouped for the next day’s assault.

But at dawn, Charles and his men discovered that the Muslim army had vanished, leaving the booty stolen from ransacked churches behind, as well as their dead (Hanson estimates 10,000) – including Abd-ar-Rahman. It was the beginning of the end for further Muslim incursions into Europe for hundreds of years.

Some contemporary historians downplay the magnitude of the Muslim threat, claiming that Abd-ar-Rahman’s force was only a raiding party. They minimize the significance of the battle’s outcome, too; at least one historian even claims that Europe would have been better off if Islam had conquered it. But Hanson notes that “most of the renowned historians of the 18th and 19th centuries… saw Poitiers as a landmark battle that signaled the high-water mark of Islamic advance into Europe.” Edward Creasey included it among his The Fifteen Decisive Battles of the World. Many believe that if Charles – whom the Pope now dubbed Martel, “the Hammer” – had not stopped Abd-ar-Rahman at Tours, there would have been nothing to prevent Europe from ultimately becoming Islamic. Edward Gibbon called Charles “the savior of Christendom” and wrote in The History of the Decline and Fall of the Roman Empire in 1776 that if not for Charles’ victory, “perhaps the interpretation of the Koran would now be taught in the schools of Oxford.”

If only Gibbon could see Oxford now. Not only is the interpretation of the Koran taught there, but Islam thrives in Oxford, thanks partly to the patronage of dhimmi Prince Charles. In his essay “Islam in Oxford,” faux moderate Muslim scholar Muqtadar Khan writes smugly that

Gibbon would have been surprised to learn the lesson that military defeats do not stop the advance of civilizations and the globalization of Islam is unimpeded by the material and military weaknesses of the Muslim world.

Apart from his dubious assertion that Islam has anything to do with the advance of civilization, Khan is right. Today the Islamic invasion of Europe and the rest of the West is of the demographic, not military, sort, as Mark Steyn argued in his alarming (and yet entertaining) America Alone. The continent faces an immigration crisis from a generation of young Muslims who not only are willfully unassimilated, but who are waging a cultural and physical aggression against their hosts, establishing parallel communities ruled by sharia and “no-go” zones of violence toward infidels. Germany’s Chancellor Merkel confessed recently that their multicultural experiment has failed, miserably; that failure is nowhere more evident than in England, which is on the path to civil war with its decidedly unicultural, radicalized young Muslim population.

Charles Martel begged to differ in 732. And now contemporary “Hammers” have arisen to lead the resistance against a new wave of militant Islam, terrorism and sharia. The conflict is different now – it’s not as simple and elemental as two armies facing off – and so the new Martels are not necessarily soldiers. But they are warriors nonetheless in the so-called Clash of Civilizations, culture warriors like Dutch politician Geert Wilders, activists Pamela Geller and Brigitte Gabriel, terrorism expert Steven Emerson, authors Robert Spencer and Ayaan Hirsi Ali, policy analyst Frank Gaffney, and many more, all putting themselves on the front lines against the stealth jihad.

The tide was turned back before, and it can be turned back again – by such “free citizens willing to fight for their own freedom and the values of their civilization,” as Martel and his men once were.