It is being reported that on Sunday, March 6th, Denis McDonough, the Deputy National Security Advisor to the President of the United States attended the ADAMS Interfaith/Government Summit in Sterling, Virginia.

The implications of this are frightening and shocking – and may be criminal. 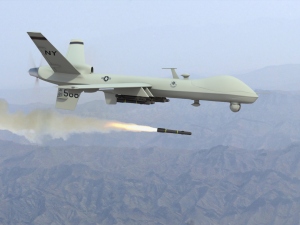 A significant amount of evidence has been entered into federal terrorism trials revealing ISNA is not only the largest Muslim Brotherhood entity in North America, but is a cover and support organization for Hamas (Islamic Resistance Movement). Hamas is designated as a “Foreign Terrorist Organization” (FTO) by the United States Government.

Specifically, Muslim Brotherhood (MB) documents were entered into evidence at the largest successfully prosecuted terrorism financing and Hamas trial in U.S. history (US v Holy Land Foundation, Dallas, 2008 – hereafter “HLF”). One of the documents, “An Explanatory Memorandum,” was written in 1991 by a top Hamas official living in the United States (Mohamed Akram), and was discovered in 2004 during an FBI raid where the archives of the Muslim Brotherhood in the U.S. were discovered at the Annandale, Virginia home of another leading Hamas official and Muslim Brother (Ismail Elbarasse). This is the strategic document for the Muslim Brotherhood in North America, and was approved by the MB’s Shura Council and Organizational Conference. It is an official MB document which was entered into evidence during the HLF trial and stipulated to by the defense that it was what it purports to be – the MB’s strategy document for North America.

The document states the Brotherhood is waging a “Civilization-Jihadist process” which is a “kind of grand Jihad in eliminating and destroying the Western civilization from within and sabotaging its miserable house by their hands and the hands of the believers so that it is eliminated and God’s religion is made victorious over all other religions.”

The last page of this Memorandum is a list of “our organizations and the organizations of our friends” – it lists 29 of the Brotherhood front entities as of 1991. This list constitutes the most prominent Muslim organizations in North America today – despite it being nearly 20 years old. The list includes the Islamic Society of North America (ISNA).

A Historical MB document also entered into evidence at HLF and stipulated to by the defense reveal ISNA was created to be a “nucleus” for the Islamic Movement in North America.

At a 1993 meeting of Hamas officials in Philadelphia, Pennsylvania which was covered by the FBI (surveillance/recorded conversations/photography), recorded meetings revealed the Hamas leaders discussed using ISNA as an official cover for their activities.

Numerous financial documents were entered into evidence at HLF detailing ISNA’s direct support for Hamas over a period of years. Because of the totality of the documentary, testimonial, financial, and other evidence at the US v HLF trial, ISNA was named an unindicted co-conspirator in that case. “Unindicted co-conspirator” indicates the prosecution has enough evidence to prosecute, but has made a decision not to do so at this time. It should be noted there are 246 Unindicted Co-conspirators in the HLF case.

In 2007, ISNA, along with the North American Islamic Trust (NAIT) filed a memorandum to the Federal court in the Northern District of Texas asking to have their names removed from the unindicted co-conspirator list. A memorandum filed by the prosecutors on 7/10/08 stated: “ISNA and NAIT, in fact, shared more with HLF than just a parent organization. They were intimately connected with the HLF and its assigned task of providing financial support to HAMAS (emphasis added).

The judge did not remove ISNA from the unindicted co-conspirator list.

Following further petitions to the court by ISNA, a 2009 ruling by U.S. Federal Judge Solis, unsealed in July 2010, stated as follows:

“During the early years of OLF/HLF’s operation, OLF raised money and supported Hamas through a bank account that it held with ISNA and NAIT. Indeed, OLF operated from within ISNA in Plainfield, Indiana where Defendant Baker was employed. ISNA checks deposited into the ISNA/NAIT account for OLF were often made payable to ‘the Palestinian Mujahadeen,’ the original name for the Hamas military wing.” (emphasis added)

“The Government has produced ample evidence to establish the associations of CAIR, ISNA, and NAIT with HLF, the Islamic Association of Palestine (IAP), and with Hamas.” (emphasis added)

Judge Solis did not remove ISNA from the list of unindicted co-conspirators.

Whether ISNA is or is not an “unindicted co-conspirator” in the HLF case is actually not as germane as is the massive amount of evidence clearly indicating: (1) ISNA is the leading Muslim Brotherhood entity in the U.S. which seeks to overthrow our Constitutional government; (2) ISNA is a Hamas support entity; (3) no evidence exists, except the “word” of the leaders of ISNA, that ISNA has ceased doing what it was created to do.

The remarks made by Deputy National Security Advisor McDonough on 3/6/11 at the ADAMS Center are on the White House website for all to read. His comments began with: “Thank you (Imam Majid), also, for being one of our nation’s leading voices for the values that make America so strong, especially religious freedom and tolerance. Whether it’s here at the ADAMS Center, or as President of the Islamic Society of North America, you’ve spoken with passion and eloquence, not only about your own Islamic faith, but for the need to build bridges of understanding and trust between faiths.”

So, Mr. McDonough knows Mohammad Majid is the leader of ISNA.

His remarks further included: “Over the past two years, I–along with my White House colleagues–have benefited from the advice of many of your organizations through our Office of Public Engagement. Because, after all, your communities have the same concerns as all Americans–the economy, education, health care, the safety of our children and our country.”

Actually Mr. McDonough, the Muslim Brotherhood is only concerned with its objectives, which are the same as Al Qaeda’s – the re-establishment of the global Islamic State (Caliphate), under which Shariah (Islamic Law) is enforced. The HLF related rulings and all the evidence are available to the public via the Northern District of Texas’ own website, so the information is readily accessible.

Again, we must ask the same tired question – why are those charged with our national security, violating their Constitutional oaths to do so and taking actions which appear to support our enemies?