Ahmadinejad’s regime once again boasts its military capabilities by threatening the coast of the United States with its “supreme naval might.” Security experts have immediately discounted Iran’s recent claims. But could Iran actually conduct a naval operation against the U.S. seaboard?

Considering Iran’s oceanic naval force consists of approximately six frigates and destroyers and three submarines, Iran’s vision is highly unlikely. While they do possess other naval vessels, they are incapable of prolonged oceanic voyages. But with a small handful of capable vessels, Iran’s threat should not be discounted.

Iran has an incredible track record of utilizing Shiite radicalized forces to conduct suicide missions. In fact, since 2005, Iran established an actual martyrdom training camp called Gharar-gah-e Asheghan-e Shahadat (Congregation of the Lovers of Martyrdom). Considering the current Iranian naval capacity is weak at best due to its nautical mileage capabilities, the only possibility for Iran to achieve its recently released threat to the United States is through a naval martyrdom operation. 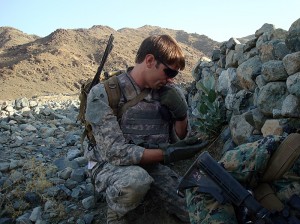 Considering Iran has an incredibly unique friendship with Venezuela and Cuba, both countries would be needed assisting any maneuverability for Iran’s naval endeavors. They could utilize Venezuela and or Cuba for refueling operations. If this were conducted, the likely U.S. target would constitute our Gulf States.

Getting from Tehran to the Florida Key’s wouldn’t be easy. According to timezonedistance.com, Iran’s navy would need to be capable of traveling 6321.6 nautical miles. While they do have Russian made Kilo Class diesel-electronic propulsion submarines capable of traveling distances of approximately 7,500 nautical miles, they are limited and would only be capable of such voyage without any worthy protective fleet to accompany such.

U.S. Gulf cities can be attacked by Iran’s navy. Just this week, Iran’s publicity department of the defense ministry announced deliverables of the Ghader cruise missile to the Islamic Revolution’s Guard Corp naval force. The Ghader missile is capable of launch from land or sea and it has a range of 200 kilometers or 124.27 miles. This news demonstrates its naval intent.

Iran’s naval threat should not be discounted. Very few ever imagined 19 fully embraced and ideologically demented martyrdom seeking Islamists ever take over three U.S. charter aircraft–but they did. Very few ever imagined one vehicle born improvised explosive devise driven by a radicalized martyr kill over 241 service members back in 1983–but it happened. Virtually no one could have imagined a nation state build a martyrdom training camp like Gharar-gah-e Asheghan-e Shahadat–Iran did. Iran mastered the social conditioning ideological practice of martyrdom. Today, Iran’s threat to the United States with a naval force is not unlikely if they incorporate martyrdom into their naval strategy.

Kerry Patton is the Co-Founder of the National Security Leadership Foundation, a non-profit organization pending 501c (3) status. He has worked in South America, Africa, the Middle East, Asia, and Europe, focusing on intelligence and security interviewing current and former terrorists, including members of the Taliban. He is the author of “Sociocultural Intelligence: The New Discipline of Intelligence Studies” and the children’s book “American Patriotism.” You can follow him on Facebook.