Winston Churchill said that “history is written by the victors,” and that maxim is as correct today as it was in 1945. But in order to write history, one needs access to the facts–the accounts of eyewitnesses, or, at the very least, access to people who know the truth.

In the six months since Navy SEALs staged their successful raid against Osama bin Laden’s compound in Abbottabad, Pakistan, history has been impossible to write, in the first place because the “facts” put forward by the United States government were incomplete and then embarrassingly contradictory. 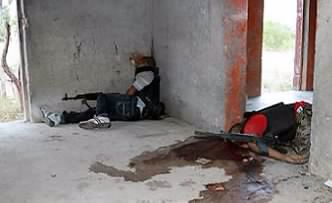 Like everyone else in the world, I heard the first accounts of the raid, and the contradictory details leaked by politicians. They didn’t add up. If the lead helicopter crashed as it approached the target, why didn’t the second helicopter land in its place? What was the purpose of setting down an assault element outside the compound’s walls–only to have them use explosives to get back in? Most glaring of all was the idea of a SEAL Team engaging in a 45-minute firefight. It didn’t jibe with either the casualties suffered by the assaulters (zero) or the killed and wounded inside the compound (one wounded and five dead). Clearly something was wrong, but no one came forward with clarifications. In the absence of facts, the New Yorker pulled together a “ground up” version of the assault, a very ugly tale of murder–complete with a SEAL Team that fought its way up three flights of stairs to shoot a man and his wife in their bedroom.

In the course of my research, I found that the Administration was not particularly helpful. Not everyone who asked for White House help was blown off, but I was. At first I wondered why such an incomplete and obviously false story was allowed to stand. I still don’t know. But history and the brave men who conducted this operation deserved better.

They deserve the truth, and the facts of the mission are these: The raid on Abbottabad had achieved its objective in the first two minutes. The downed helicopter did not crash “on insertion” but only after it had successfully landed operators on the roof of bin Laden’s residence. Assaulting from the top down, these assaulters quickly took over the building.

There were as many as twenty non-combatant women and children within the compound. The operators who entered bin Laden’s bedroom did not wait for him to arm himself; they shot first. Amal was grazed by a bullet when the SEALs fired at her husband, who was at that instant concealed behind her nightgown and reaching for an automatic weapon. The second civilian casualty, the wife of Bin Laden’s courier, Abu Ahmed al Kuwaiti, was standing behind her husband as he exchanged gunfire with a passing helicopter. From start to finish, the operation took 38 minutes.

The Navy SEALs who attacked the compound did so with the stealth and precision that has been the hallmark of Naval Special Warfare for more than 50 years. The events at Abbottabad exemplify the fighting spirit and professionalism of the United States Navy, and the facts of that operation are a vital part of our nation’s history. I am honored to tell the story.

You can catch this in the new book SEAL TARGET GERONIMO: The Inside Story of the Mission to Kill Osama Bin Laden (St. Martin’s Press, November 8, 2011).

On the night that Osama bin Laden was killed, Sohaib Athar could not sleep. The thirty-three-year-old IT consultant had moved his young family to Abbottabad almost six months earlier. He’d come to this quiet city after his wife and son were hit by a car on the teeming streets of Lahore. A physics grad of Forman Christian University, Sohaib also held a master of science from the University of the Punjab. He liked to say that in his previous life he was a “start- up specialist”–he’d come to Abbottabad to open a coffee shop and Internet café. Business was good. His Web site said proudly that his was the first coffee shop in Abbottabad to brew fresh espresso. Sohaib Athar was a quiet man and he wanted a quiet life. That night, the windows were open in his apartment on the Jadoon Plaza. The heat of the day was slow in breaking, and by midnight, scented wind blew down from the Shimala Hills above the city. Spring was coming to the foothills of the Hindu Kush, and as the days had grown hotter, people were shifting their activity to the evening, when it was cooler. Past midnight, a handful of shops were still open, and now and again a truck would rumble past the dusty strip mall sprawling on either side of Sohaib’s balcony. The city of Abbottabad was falling asleep.

Just before one in the morning on May 2, Sohaib heard a buzzing sound; it grew in volume and faded, came in with the wind and left with it. Finally, he could tell it was the noise of a helicopter– or maybe a couple of them. Sohaib looked out the window toward the echoing hills. The night was hazy, and above the glare of the streetlights he could see nothing. The sound came again and then it was gone, like someone had thrown a switch. He crossed from the balcony to his laptop and logged on to his Twitter account: “Helicopter hovering above Abbottabad at 1AM (is a rare event).” Sohaib could have no idea of what was unfolding three miles to the east of his balcony. It was 12:58 a.m., and at a place called Yaba Yar, a team of United States Navy SEALs were jumping from helicopters into the high walled compound of Osama bin Laden…

Sohaib listened; another helicopter, this one an MH-47 Chinook, flew nearby and lumbered off to the east. He heard the Chinook, but did not see it. Like the other helicopters used in the assault, this aircraft flew without lights and was painted the exact color of the dusky night. Sohaib went to his keyboard and tweeted again: “Go away helicopter–before I take out my giant swatter ;-/”.

At four minutes past one in the morning, an enormous boom shook the city– a thunder blast out of a cloudless sky… Traffic on the street below Sohaib’s window had now stopped completely. The entire city of Abbottabad seemed to hold its breath. There were two or three more explosions, smaller, muffled, but Sohaib thought they might be just as deadly. Maybe he had been foolish to think that this was a safe place. He walked back into his living room, sat down at his laptop and tweeted again: “Funny, moving to Abbottabad was part of the ‘being safe’ strategy.”

Sohaib Attar and Osama bin Laden had both come to Abbottabad for the same reasons — to put themselves, and their families, beyond danger. Both of them thought that Abbottabad was a safe place.

One of them had been wrong.

Order Seal Target Geronimo at Amazon and other booksellers.