Staying true to the conviction that no soldier should be left behind, Israeli forces were seen carrying a wounded bomb-sniffing dog off the battlefield. 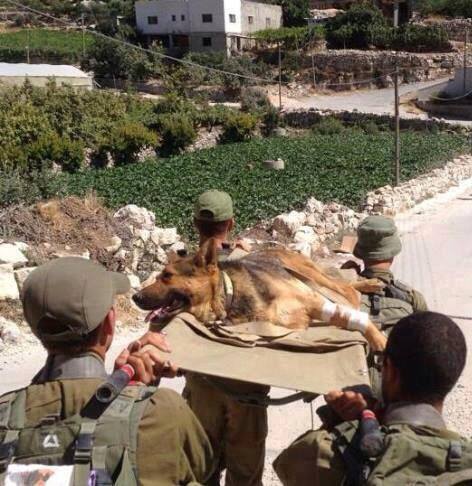 By contrast, Hamas has been suspected of rigging a donkey with explosives and trying to use the animal as a suicide bomber against Israeli forces.

Prime Minister Benjamin Netanyahu said Israel has done “deep and significant” damage to the Hamas infrastructure in Gaza. This includes “terrorists, rockets, headquarters, manufacturing facilities, and other targets,” he said.