Two of the women had the words “Keep it Inside” scrawled across their backs, and one had “Pope is not a politician” across her chest, apparent expressions of their wish that the Pope’s activities would stay within the tiny papal enclave in Rome. 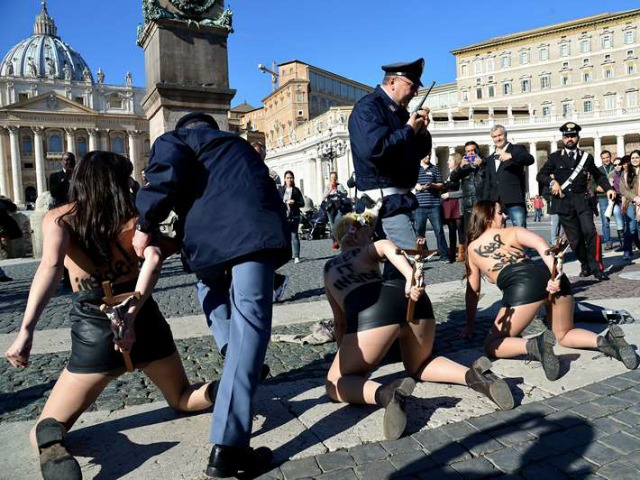 As the women were being carried off by police, one of them chanted in English: “The pope is not a politician; God is not a magician.” Femen has called the Pope’s upcoming visit to the EU Parliament “a direct attack on secularism.” 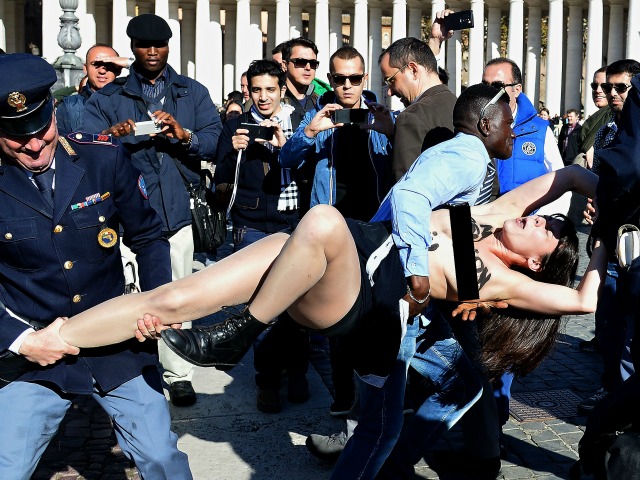 The Femen group is a militant feminist protest movement of Ukrainian origin that advocates gay rights, radical secularism, and “a world without religion.” Their website bears the motto: “My body, my manifesto.”

Baring one’s breasts seems to be a trendy way to call attention to issues these days. Just a week ago actress Keira Knightly made a news splash by posing topless for Interview Magazine, using the shoot as a protest against Photoshop and the manipulation of women’s images.