Breitbart News can establish that a citizen journalist was correct in uncovering Nowrouzzadeh’s Twitter username, @saharnow, while it was still without a profile picture and did not yet display the NSC Iran director’s full name. During that time, before her first tweet on April 15, Ms. Nowrouzzadeh followed a plethora of radical figures and regime propaganda sites before adding her full name and photo to the @saharnow Twitter handle.

In late March, Breitbart News was able to confirm that Nowrouzzadeh was employed by NIAC, a pro-regime lobbying organization, before starting her government service. In her high-ranking position, Nowrouzzadeh has sat in on a video conference with President Obama concerning the Iranian nuclear negotiations.

She has since “unfollowed” the radical individuals and Iranian propaganda websites, but not before Breitbart News acquired a full list of the accounts.

Iran’s dictator, Ayatollah Khamenei, was among the individuals she had followed and has since removed from her  “following” list.

Among the 114 people she followed before updating her profile were three high-ranking employees at NIAC, the pro-regime, anti-opposition group at which she was formerly employed. As of April 30, Nowrouzzadeh has unfollowed the NIAC employees, two of whom–Trita Parsi and Reza Marashi–are its top directors.

She also followed, and then unfollowed before updating her account, at least four Iranian state-run Twitter feeds that delivered pro-regime propaganda. The first, titled @NuclearTalks, links to Nucleartalks.ir, a pro-regime website based in Iran. Nowrouzzadeh followed another Iranian propaganda Twitter page, titled Meet Iran, which presents Iranian officials in a favorable light. A third Twitter handle, with the username @IranDiplomacy, links to a pro-regime, anti-Western Iranian website. The last, called Iran Nuclear Energy, links to an Iranian-based website that insists Iran’s nuclear program is peaceful. 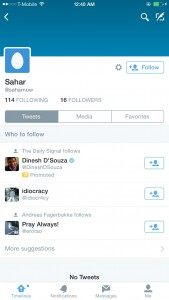 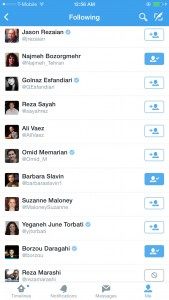 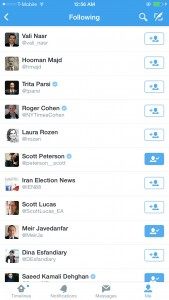 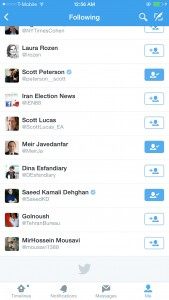 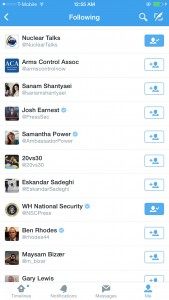 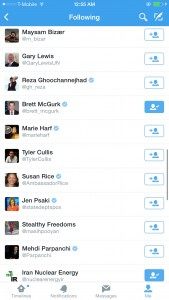 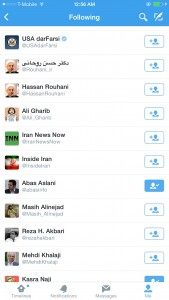 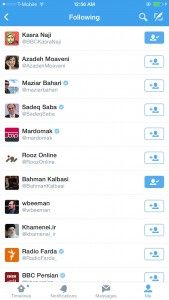 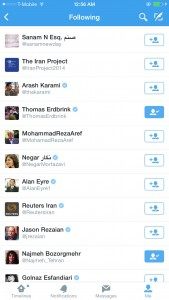 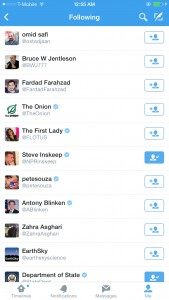 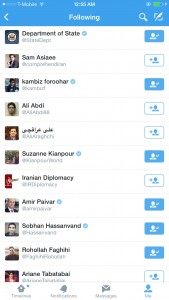 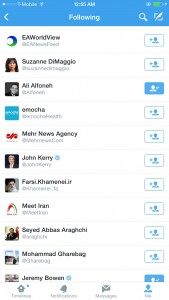 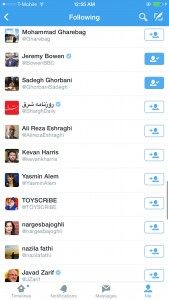