The White House brief, which was disclosed by The Daily Beast, listed Sahar Nowrouzzadeh as the National Security Council Director for Iran. Nowrouzzadeh appears to be a former employee of the alleged pro-Tehran regime lobbying group, NIAC (National Iranian-American Council). 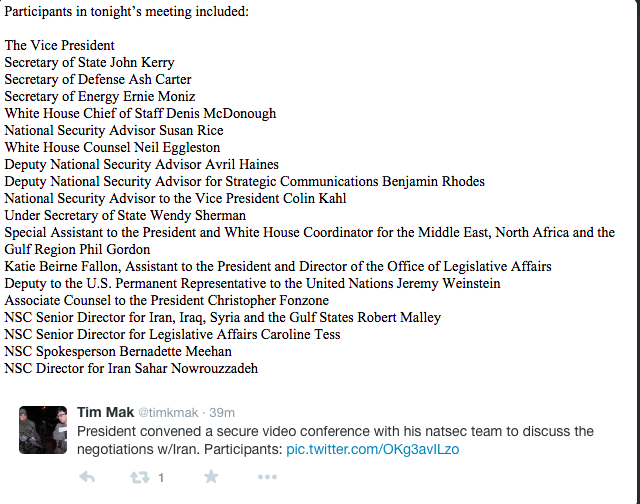 Breitbart News has found that a person with the same name has previously written several publications on behalf of NIAC. According to what appears to be her LinkedIn account, Nowrouzzadeh became an analyst for the Department of Defense in 2005 before moving her way up to the National Security Council in 2014.
A NIAC profile from 2007 reveals that Sahar Nowrouzzadeh appears to be the same person as the one who is currently the NSC Director for Iran. The profiles indicate that she had the same double major and attended the same university (George Washington).

Critics have alleged that NIAC is a lobby for the current Iranian dictatorship under Ayatollah Khamenei. A dissident journalist revealed recently that NIAC’s president and founder, Trita Parsi, has maintained a years-long relationship with Iranian Foreign Minister, Javad Zarif.

NIAC was established in 1999, when founder Trita Parsi attended a conference in Cyprus that was held under the auspices of the Iranian regime. During the conference, Parsi reportedly laid out his plan to introduce a pro-regime lobbying group to allegedly counteract the influence of America’s pro-Israel and anti-Tehran regime advocacy groups.

NIAC has been investing heavily in attempts to influence the talks in favor of an agreement with the state sponsor of terror. In recent days, its director, Trita Parsi, has been spotted having amiable conversation with Iranian President Hassan Rouhani’s brother. 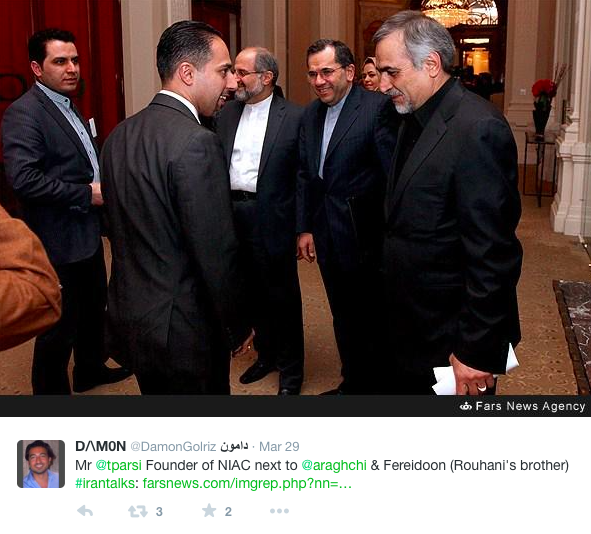 The revelations about the NSC Director’s apparent past with the alleged pro-regime group come as the U.S. has reportedly struck an agreement with Iran and the rest of the P5+1 world powers on Tehran’s nuclear weapons program.