Hounds and Heroes is a national nonprofit that specializes rescuing dogs from shelters to train them as service dogs and therapy pets for veterans suffering from PTSD, amputations, or other injuries.

“It is so disturbing that, on average, 22 returning veterans take their own lives every single day,” Laflin tells Breitbart News. “We are basically saving two lives-a dog from being killed in the shelter and a veteran who struggles with PTSD/TBI.”

Along with executing its primary mission statement, Laflin’s organization is now including military wives.

She hosted her first Wives of War event on May 17 in San Diego in honor of 8 military wives, most of whom are caretakers for their husbands who suffer from PTSD, TBI, and other injuries sustained in war.

The women were transported from Camp Pendleton to Downtown San Diego, where they were treated to a spa day at Sente Bella MedSpa to receive massages and facials, as well as hair and makeup by celebrity makeup artists.

They were then fitted into dresses donated by Dress The Population for a special night out on the town.

To cap off the evening, the women were treated to a dinner at Cowboy Star.

Laflin, a former Dallas Cowboy’s cheerleader and model, has completed 18 USO tours throughout the past decade, this includes six trips to Afghanistan and Iraq where she entertained and visited with the troops. 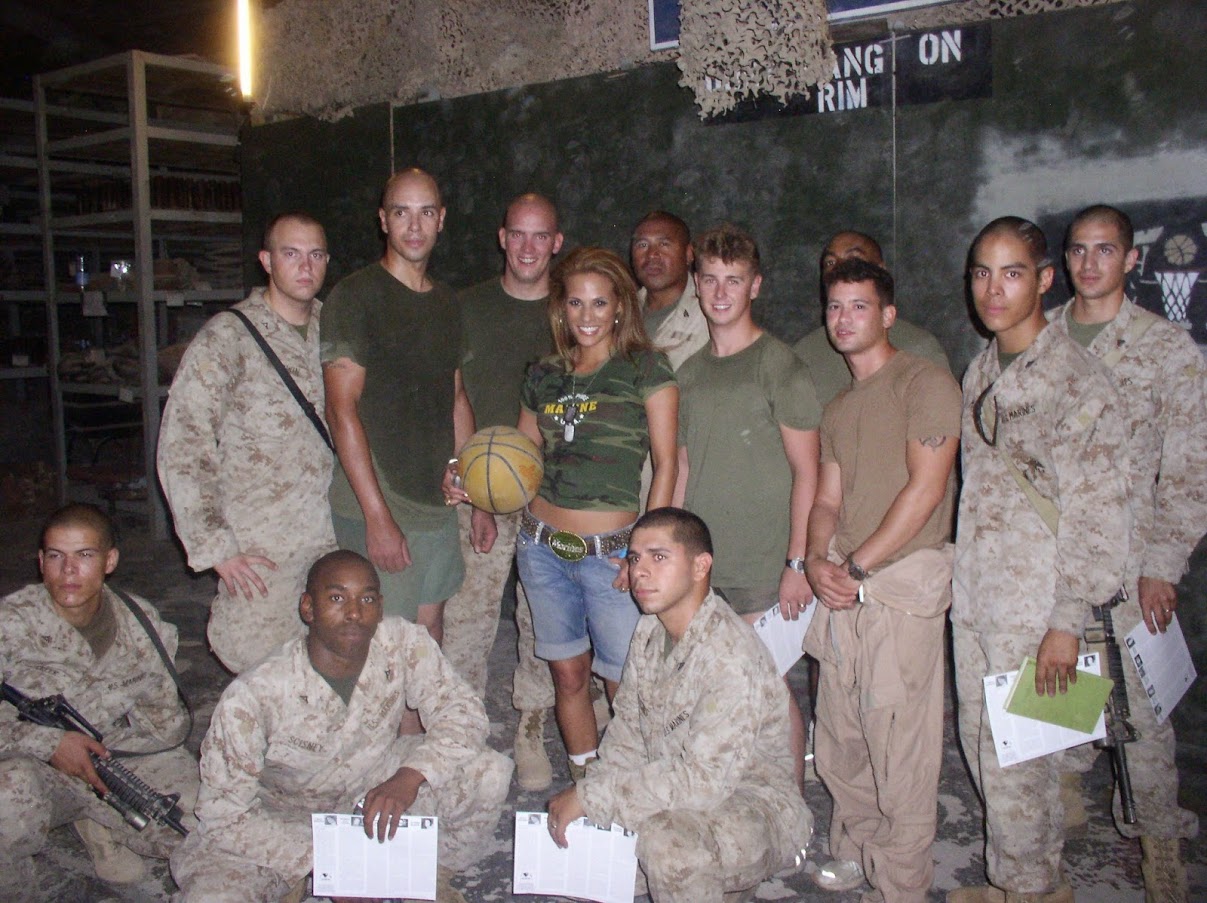 “It is an amazing feeling to know you have helped save a veteran’s life,” Laflin continued. “It is about making a difference for our heroes that serve and sacrifice so much for our freedom.”

To find out more information on Hounds and Heroes, or ways you can help, click here.