Hundreds of protestors attended a rally in downtown Chicago, this past Sunday afternoon, calling for a Third Intifada against the Jewish State. 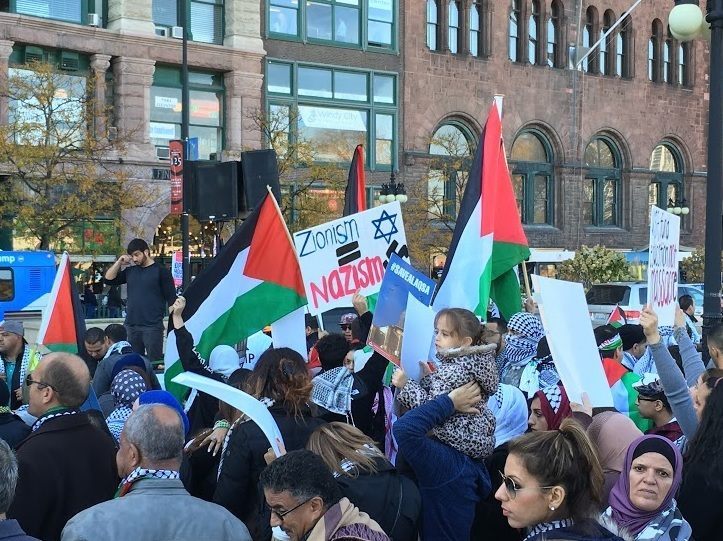 Hosted by the Chicago Coalition for Justice in Palestine, the event was billed as a “Rally to Protest Israeli Aggression.” In recent weeks, Israel has seen an increase in the Israeli death toll at the hands of knife-wielding and car-ramming Palestinians. As the Israel Defense Forces attempt to stem the bloodshed of Jewish lives, a number of Arabs, including the terrorist perpetrators, have been killed in violent clashes.

The upswing in attacks against Israeli citizens began last month after rumors surfaced that Israel was planning to take over the Temple Mount. Known as the Al Aqsa mosque in the Muslim faith, Palestinian media propagated the idea that Israel was going to limit Muslim access to the site that is considered holy to both Jews and Muslims. Although the Israel government has denied these unfounded rumors, they are still being cited in order to fuel anti-Israel protests and violence. 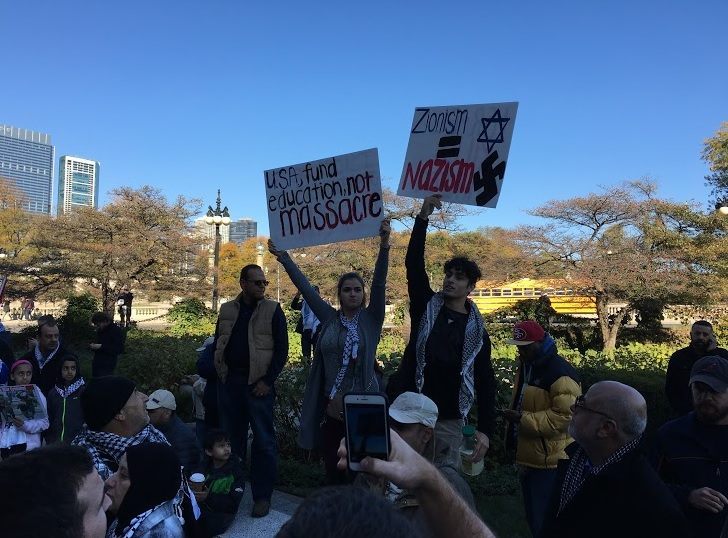 Sunday’s rally in Chicago was sponsored by American Muslims for Palestine (AMP) and was advertised as “Al Aqsa under Threat” to area mosques.

The rally featured speakers from AMP, Students for Justice in Palestine and the far-left Jewish Voice for Peace. The anti-Israel voices led chants accusing Israel of imperialism, apartheid, and murder.

“It was a family ‘Bash Israel Day,’ with children accompanying their parents to screams of ‘Support the Intifada’ and ‘Free Palestine’ and waving of the Hamas terror flag,” said Peggy Shapiro, Midwest Coordinator for the Israel advocacy group StandWithUs. “By Palestine they meant all of Israel with not one inch allocated to the Jewish homeland.”

Shapiro continued, “The organizers’ media spokesman, talking to reporters, tried to make the case against Israel. I learned from him that Israel delights in murdering Muslims, i.e. children; that Palestinians were there thousands of years before Jews; and that ‘New York Jews are going to Palestine to confiscate Muslim lands and murder Muslims.’”

Holocaust imagery was prominent among the rally attendees as they displayed signs equating Zionism with Nazism and the Star of David with the swastika. A flyer was distributed, featuring photos of children with a caption that read, “NO… NOT AUSCHWITZ… ITS OCCUPIED PALESTINE.” 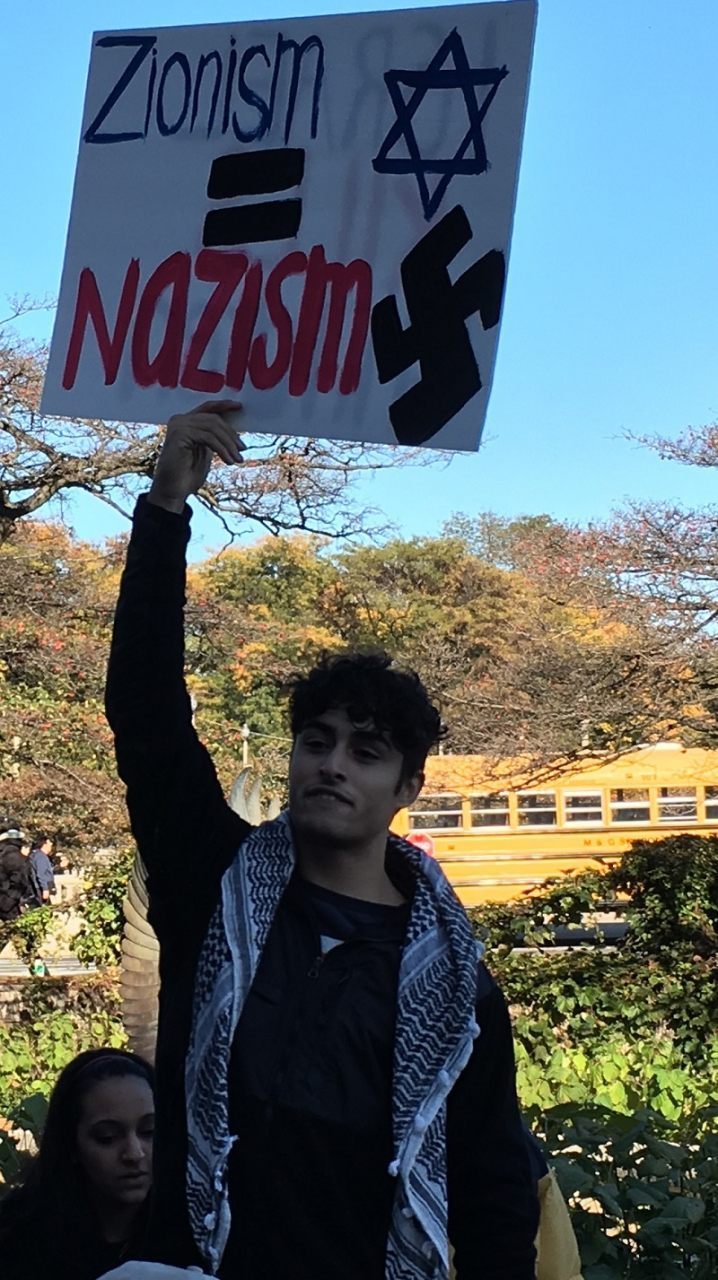 After the rally ended, the organizers led a two-block parade march.

A call into AMP National Director of Media and Communications Kristin Szremski for comment was not returned.