Campus activists in America showed their true faces during an international tragedy last night: they are the selfish, spoiled children we always knew they were.

Black Lives Matter and Mizzou protesters responded to the murder of scores of people in Paris at the hands of Islamic extremists by complaining about losing the spotlight and saying their “struggles” were being “erased.” Their struggles, remember, consist of a poop swastika of unknown provenance and unsubstantiated claims of racially-charged remarks somewhere near Missouri’s campus.

So debased has the language on American campuses become that these incidents, which many observers believe to be hoaxes, just like previous campus scandals celebrated by progressive media, are being referred to as “terrorism” and a “tragedy” by moronic 20-year-olds who have never been told, “No.”

Such a reaction is understandable, if grimly hilarious. These kids been raised by indulgent parents, instructed by professors racked with middle-class white guilt who secretly hate themselves and western culture, and promoted by a sympathetic media which bends over backwards to put them in the best light and paper over their tantrums. 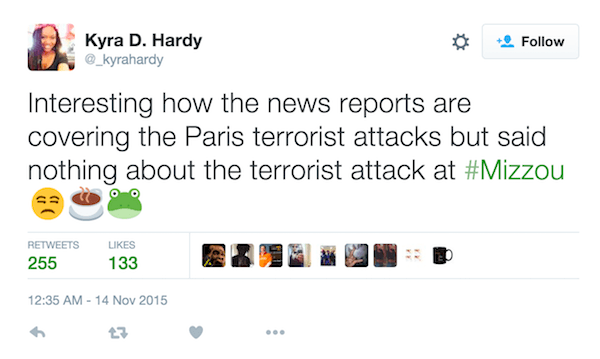 This is the same media hesitant to call Paris an act of Islamic terrorism for hours, despite shouts of “Allahu akbar.” The product of their pandering to the politics of grievance and offence-taking is a generation of students who, faced with the horror of a terrorist attack killing hundreds, respond with: “But what about me?” 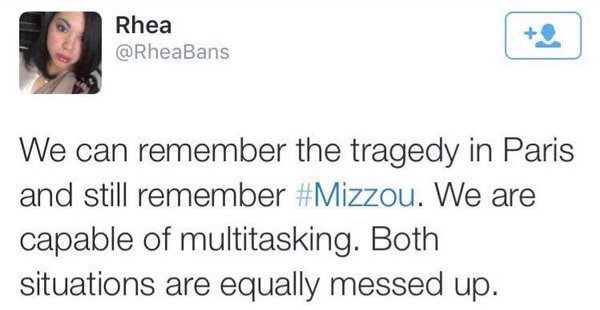 Campus activists and Black Lives Matter protesters shame themselves any time they are forced to go off-script. Normally, their messaging is carefully controlled. They parrot a narrative created by progressive media and reinforced via well-funded spokespeople and professional agitators. Left to their own devices, however, they fall to pieces. 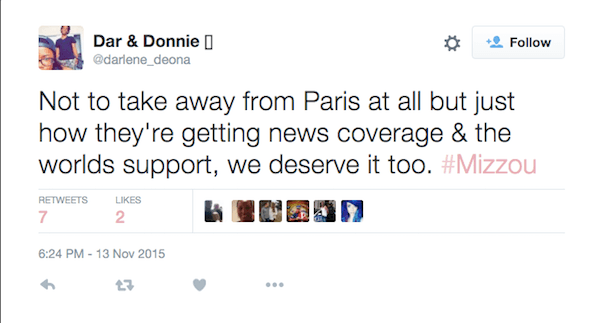 Ergo, the head-scratching spectacle of hundreds of college crybullies cast adrift from the pronouncements of Salon columnists and left to complain aloud that their grievances were playing second fiddle to innocent French citizens being mowed down by jihadist maniacs.

Even Black Lives Matter’s notional leaders, often more judicious in their timing and wording, got in on the act. 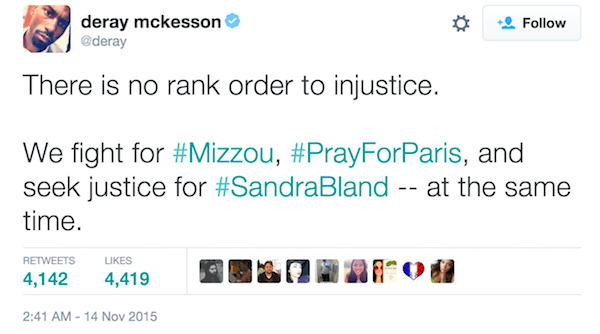 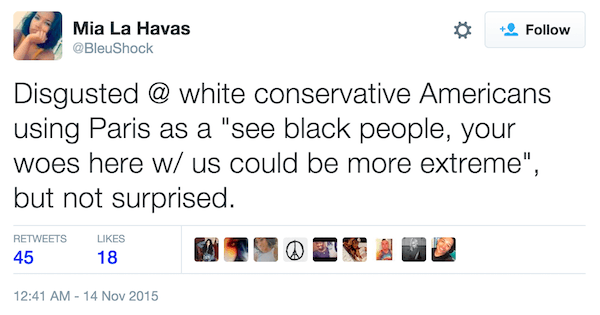 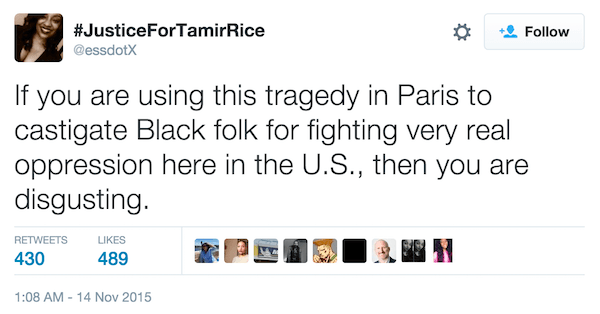 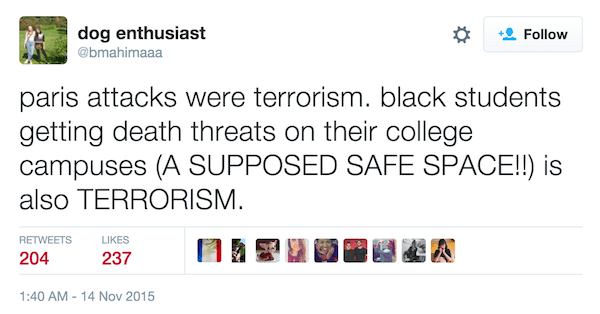 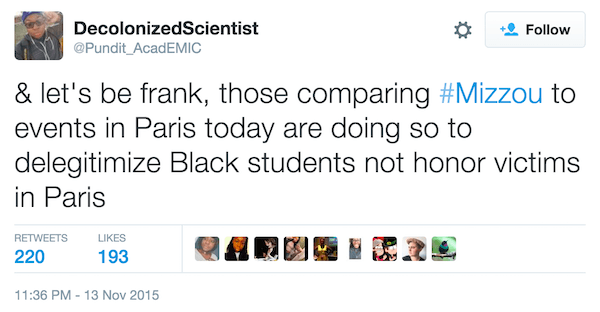 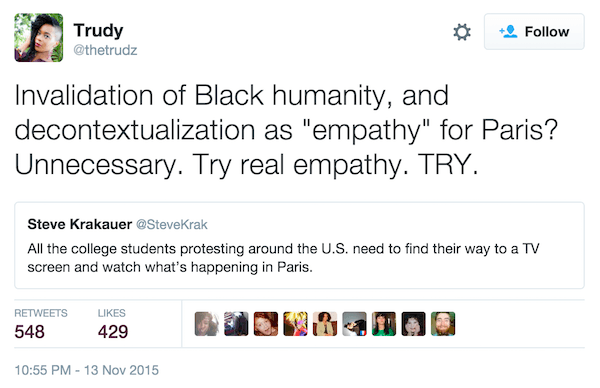 There was, of course, a huge backlash not just from conservatives but from most decent observers. It fell on deaf ears, with many of the most preposterous tweets being hastily deleted.

One situation to another. If actions hadn't been taken #Mizzou could have easily turned into a mass slaughtering.

Meanwhile, satirical cartoonists lampooning the protesters are being censored by Facebook for “violating community standards”…