Honor violence, which ranges from physical to emotional abuse that can lead to “honor” killings, is a growing “silent epidemic” in the United States that “hurts and kills thousands of women and girls” annually and places “millions more at risk,” according to a women’s rights advocacy group.

Echoing other experts, the AHA Foundation – a women’s rights organization helping women in the United States facing religiously and culturally motivated violence from their own families and communities – has determined that cases of honor killings and/or violence in the United States are often unreported.

A 2015 study commissioned by the Department of Justice (DOJ) revealed that there are four types of honor violence: forced marriage, honor-based domestic violence, honor killing and female genital mutilation (FGM).

The report estimates “that between 23 and 27 honor killings occur annually in the United States,” noting that over 90 percent of the victims in North America lose their life for being “too Westernized.”

A radical interpretation of Islam often motivates honor killers, according to various experts, including best-selling author, columnist and retired psychotherapist Dr. Phyllis Chesler and authors of the DOJ study.

Many people assume honor violence happens only in foreign countries, far away from our way of life. The fact is: honor violence is a silent epidemic in the United States, with large communities here who uphold the culture of honor and shame. And it is on the rise. I know because, from across our country, hundreds of frightened women and girls have reached out to the AHA Foundation, seeking help to escape dangerous situations. I know because the least fortunate victims end up in the headlines, murdered in honor killings. For each girl whose name appears in headlines, and for each girl who asks for help, there are countless more in the shadows, suffering in silence and afraid to seek help.

Honor killings in the United States often involve Muslim males murdering or mutilating a female family member accused of bringing shame and dishonor to their families and Islam.

However, a study conducted by Dr. Chesler, titled “When Women Commit Honor Killings,” reveals that women, like men, are also known to carry out honor killings because the victim is thought to be too “Western” and “disobedient.”

The most recent version of President Donald Trump’s executive order restricting the immigration of refugees from six terrorism-linked countries orders the government to publicly release information on honor killings carried out by foreign nationals.

Below are some of the high-profile examples of honor killings and honor violence in the United States, as documented by the AHA Foundation and others as noted: 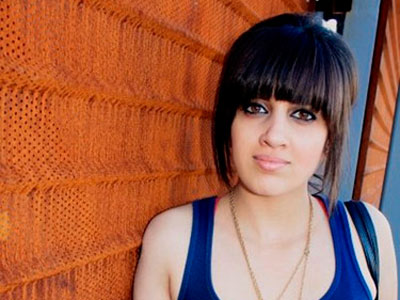 Noor Almaleki. In October 2009, Faleh Almaleki murdered his 20-year-old daughter, Noor, with his vehicle. Noor had become too Western, her father alleged, and refused to marry a man in Iraq that he had chosen for her. In February 2011, Almaleki was convicted of murder and sentenced to 34 1⁄2 years in prison.

Fauzia A. Mohammad. In July 2008, Afghan refugee Waheed Allah Mohammad, 22, pleaded guilty to stabbing his 19-year-old sister, Fauzia A. Mohammad, in Henrietta, N.Y “several times during an argument that began when she tried to leave her family,” reported National Public Radio (NPR). 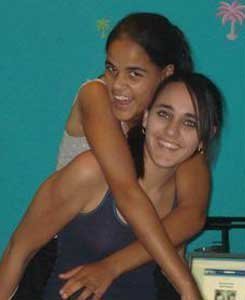 Sarah and Amina Said. In Texas in January 2008, Yaser Said shot and killed his teenage daughters, Sarah and Amina. The girls both had boyfriends, infuriating their father, who claimed they had become too “Western.” Yaser Said had his family’s support. During a vigil held for his sisters, their brother said: “They pulled the trigger, not my dad.” Said fled after the murders and has not yet been apprehended. San-deela Kanwal. On July 6, 2008, Pakistani immigrant Chaudhry Rashid strangled his 25-year-old daughter San-deela Kanwal with a Bungee cord in her bedroom because she wanted to end her arranged marriage. This “honor killing” took place in Georgia – “a suburb 16 miles outside Atlanta,” reports the New York Post.

Hatice Peltek. In April 2004, Turkish immigrant Ismail Peltek repeatedly struck his wife Hatice Peltek, 39, in the head with a hammer in Scottsville, N.Y. “Ismail later claimed he attacked his wife and 22-year-old daughter after discovering his brother had sexually molested them,” noted NPR. “He also admitted to attacking his 4-year-old daughter because she had undergone a gynecological exam after the alleged molestation was reported.” 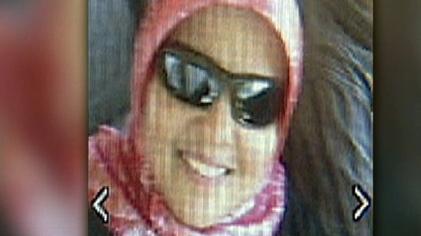 Shaima Alawadi. On March 21, 2012, Iraqi immigrant Kassim Alhimidi killed his 32-year-old wife Shaima Alawadi, a mother of five. The killer reportedly “smiled during the verdict.”According to Fox 5 San Diego, “Alhimidi was upset that his wife wanted a divorce, killed her by hitting her at least six times in the head with a blunt object as she sat at a computer in their El Cajon home.”

Aiya Altameemi. As documented by the AHA Foundation: In February 2012, 19-year-old Aiya Altameemi’s mother, father, and younger sister tied her to a bed, taped her mouth shut, and beat her while her father threatened to slash her throat. Altameemi’s crime was to be seen speaking to a boy. This incident followed a previous incident in November 2011, when Aiya’s mother burned her on the face with a hot spoon because she refused to consent to an arranged marriage with a man twice her age. During an interview with police, Aiya’s parents stated that they had abused their daughter because her behavior violated “Iraqi culture.” Aiya’s mother, father, and sister are all facing charges related to these incidents.