Myanmar pro-democracy demonstrators have adopted the Christian practice of painting Easter eggs to symbolize their protest against the nation’s military coup.

On Easter Sunday, opponents of military rule in Myanmar painted protest messages on the eggs, including “Spring revolution,” “We must win,” and “Get out MAH” in reference to the junta’s leader, General Min Aung Hlaing.

Other eggs were adorned with images of ousted leader Aung San Suu Kyi along with the characteristic three-finger salute — a protest gesture — while others bore slogans of “Save our people,” “Save Myanmar,” and “We Want Democracy.”

“Easter is all about the future and the people of Myanmar have a great future in a federal democracy,” said Dr. Sasa, an international envoy for the deposed Suu Kyi civilian government. 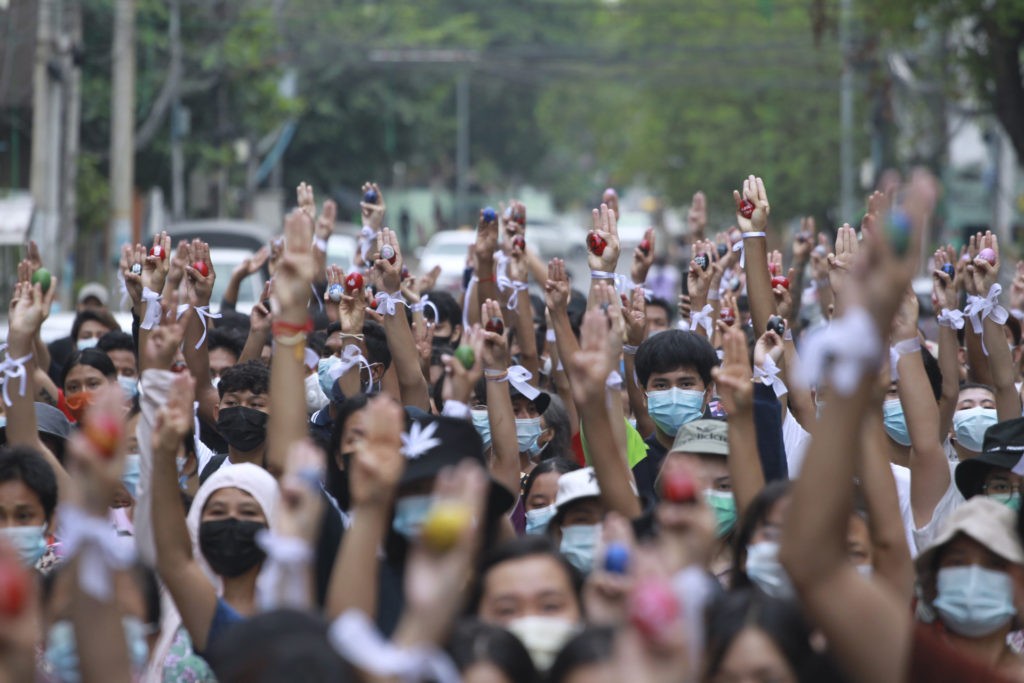 Anti-coup protesters raise decorated Easter eggs along with the three-fingered symbols of resistance during a protest against the military coup on Easter Sunday in Yangon, Myanmar. (AP Photo)

Sasa, who uses only one name, is a member of a largely Christian ethnic minority in the majority Buddhist country.

Young people in the main city of Yangon handed out eggs bearing the protest messages but their “Easter Egg Strike” met with resistance from security forces, who shot and killed at least three men.

The campaign against the February 1 military coup and the ousting of the elected government has included protests, a campaign of civil disobedience, and acts of rebellion on social media.

The Assistance Association for Political Prisoners (AAPP), an activist group monitoring casualties and arrests, said Myanmar’s death toll had risen to 557 as of late Saturday.