Multiple reports have identified the Taliban commander who led a gloating press conference from the presidential palace in Kabul on Sunday as Gholam Ruhani, a suspected intelligence operative arrested by U.S. forces in 2001 and held at Guantánamo Bay until 2007.

Ruhani was one of several Taliban militants who posed with their guns for a “press conference” inside the former Afghan presidential residence on Sunday. Al Jazeera News, the only media team permitted to accompany the Taliban gang into the palace, livestreamed the event. The jihadists recited verses from the Quran during their press conference celebrating conquest in the name of Allah. Al Jazeera interviewed three of the men. One of them spoke English and said he spent eight years imprisoned at Guantanamo Bay.

Numerous counter-terrorism experts identified the English-speaking fighter as Gholam Ruhani, one of the first prisoners to be detained at Guantánamo Bay.

The UK Daily Mail claimed to obtain Ruhani’s files from the U.S. State and Defense Departments and published several pages on Monday. According to these documents, the Taliban commander was born in 1975, raised in southeastern Afghanistan, and sent to Iran by his parents when the Soviets invaded. He returned to Afghanistan “sometime after 1992.” 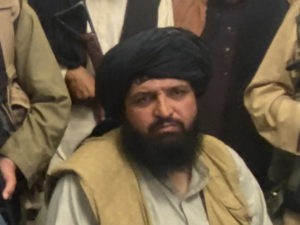 Gholam Ruhani is reportedly pictured August 15, 2021, in the Afghan presidential palace, Kabul, Afghanistan, after he was released from Guantánamo Bay in 2007. (AP Photo/Zabi Karimi)

Ruhani allegedly took a job with the Taliban’s feared Ministry of Intelligence in Kabul in 1996. Police reportedly arrested him in 2001 at a meeting with American officials seeking the whereabouts of Mullah Omar, the Taliban’s one-eyed founder and spiritual leader.

According to the documents, Ruhani said his brother-in-law was the chief of intelligence for the Taliban, although he later claimed he only said that to impress the Americans. Once in custody, he claimed he only took a low-level security position to avoid getting conscripted into front-line combat duty, only worked for the Taliban once every two weeks or so as a driver or street police officer, and spent most of his time running a shop.

The documents claim U.S. officials concluded Ruhani was downplaying his role within the Taliban and judged him to be a “threat to the U.S., its interests, and allies.”

Ruhani was therefore shipped to Guantánamo, where he “committed 15 disciplinary infractions including threatening guards and stuffing his flip flops down the sink but never committed any violence,” according to the Daily Mail.

On one documented occasion in 2005, Ruhani told a Guantánamo Bay guard, “We will get you on the outside.” He constantly denied having any ties to al-Qaeda or any knowledge of the 9/11 attacks.

“The detainee claims to be no more than a simple shopkeeper who helped Americans. The detainee stated that his only wish was to return to Afghanistan and assist his father, who is sick, in operating the family appliance store in Kabul,” the Defense Department report on Ruhani stated.

The Pentagon evaluated Ruhani as a “medium” security risk at the time of his release and said he would likely rejoin “anti-coalition militia entities” upon returning to Afghanistan. He presented himself as a military commander when he spoke with Al Jazeera in the presidential palace on Sunday. His U.S. lawyer said she never spoke to him again after he was released in 2007.

The New York Post on Monday identified another current Taliban official, Mullah Khairullah Khairkhwa, as one of the Guantánamo detainees released by President Barack Obama in exchange for deserter Bowe Bergdahl in 2014. The Obama administration promised it would take steps to prevent the freed “Taliban Five” from returning to the battlefield, and angrily denied later reports that the Five had resumed active leadership positions with the terrorist organization. 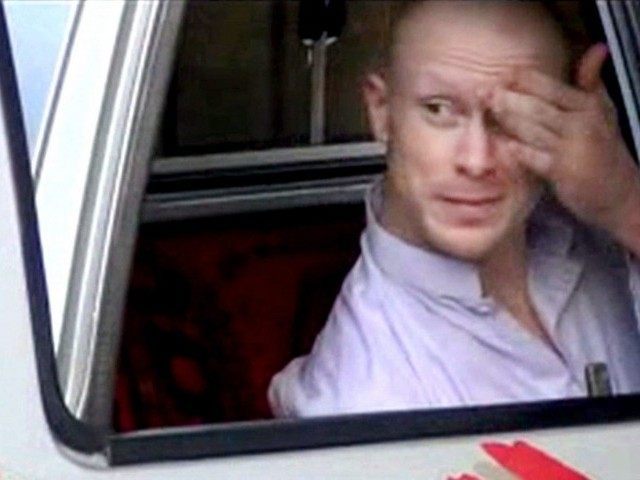 In this image made from video obtained from Voice Of Jihad Website, which has been authenticated based on its contents and other AP reporting, Sgt. Bowe Bergdahl, sits in a vehicle guarded by the Taliban in eastern Afghanistan. (Voice Of Jihad Website via AP video, File) 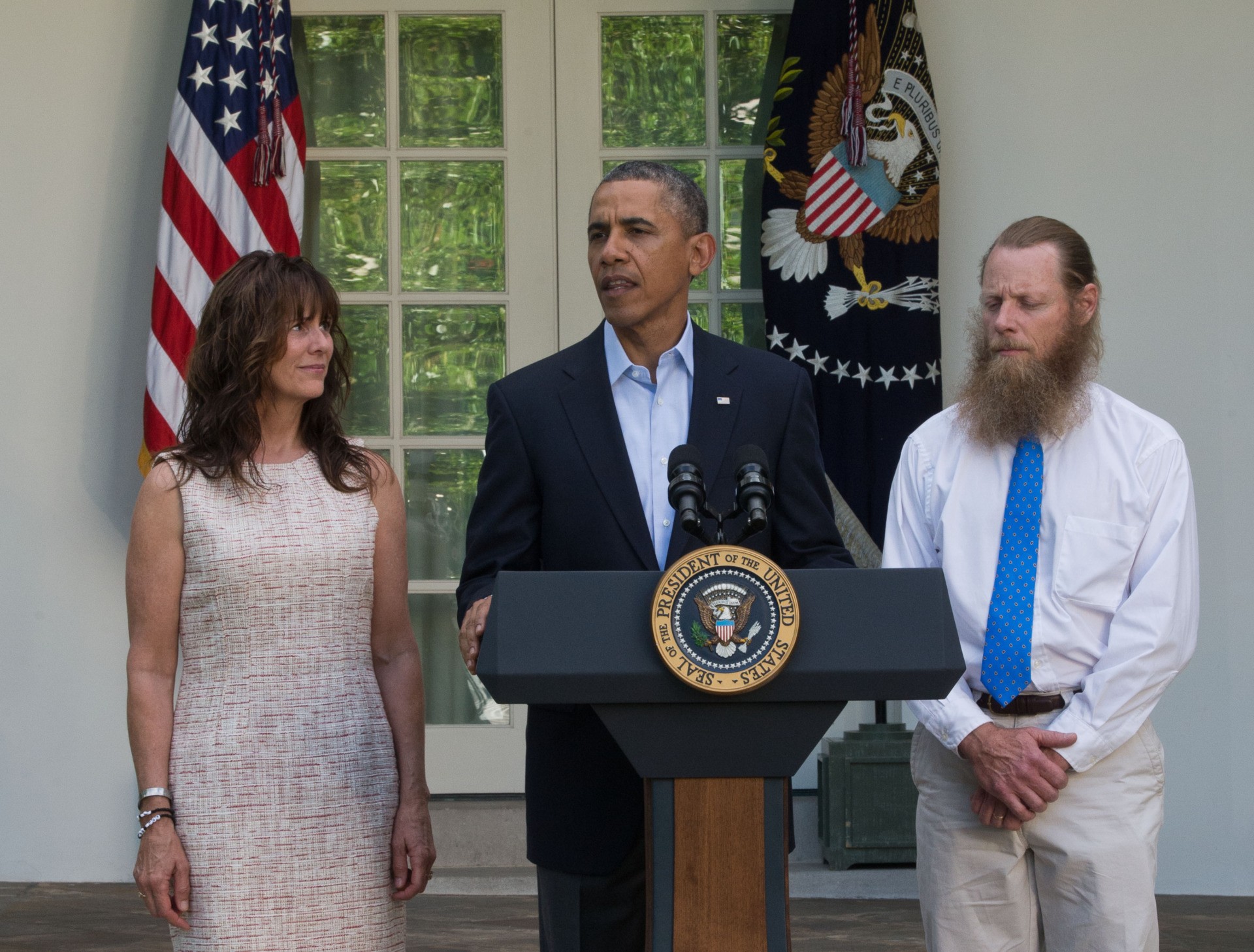 President Barack Obama makes a statement about the release of Sgt. Bowe Bergdahl as his parents, Jani Bergdahl (L) and Bob Bergdahl (R) listen May 31, 2014 in the Rose Garden at the White House. (J.H. Owen-Pool/Getty Images)

Khairkhwa was reportedly one of the Taliban leaders who met with President Joe Biden’s envoy to Afghanistan in Moscow earlier this year to negotiate the terms of U.S. troop withdrawal. Khairkwha allegedly promised the Biden team the Taliban would not launch a spring military offensive of all U.S. troops were pulled out of Afghanistan, and promised there would be no retaliation against Afghans who worked with the U.S. military.